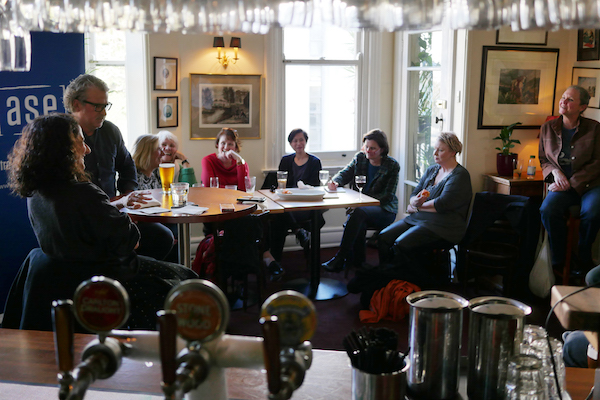 On Sunday 23 July, at the Lord Dudley Hotel in Woollahra, three editors from varied backgrounds reflected  on their career a decade after receiving accreditation, in a very entertaining and informative event, hosted by Dr Karen Pearlman. 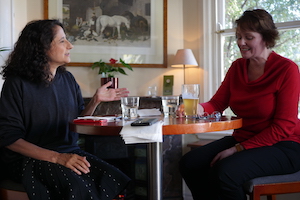 Philippa has developed a rich career   straddling documentary and factual   genres.  Her personal favourite is Ob Doc as she enjoys the “character reveal” through the footage.  Although she does cut some drama, she realised she prefers documentary because, “I don’t like having to watch multiple takes of things.” A long-time advocate for the Reality Sector, she emphasised the huge skill required.  “Some of the hands-down best Editors in the business do it.  The ratios are huge, with lots of high-impact cutting, dramatic music and sfx changing every minute.
I like the challenge of trying to make it work.”

A strong theme on the day was the idea of service - Philippa spent 11 years on the ASE Committee, and she was keen to represent the reality sector.   She has seen the expected hours grow over that time; for example, the 50-hour week was early on seen as a way of avoiding paying overtime, but it was rare that you would work that much.  Now it seems to be the standard expectation and there needs to be a better understanding of the “law of diminishing returns.” 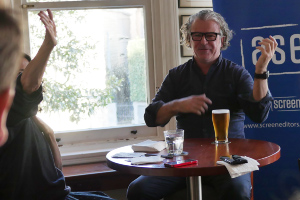 Bernard started out in the ABC with a chance cutting the “window” sequence for ‘Play School’.  He wanted to move on from every shot being 5 seconds long, with some snappy editing livening up the footage of pouring concrete sequence. The Head of Education was not impressed, asking, “What the %&#* is this?”  and firing Bernard. Bernard then found his way to Karl Marx and commercials. Subsequently he formed The Editors with Pete Whitmore ASE to collaborate on infrastructure and create a great environment to support the art of editing.

Advertising is a 30-60 second medium and this constraint is an art form in itself. There is also a bit of “room theatre” that an editor needs to learn in managing clients.   Your editing style comes from your aesthetics; your sense of rhythm is affected by the music you like.   The internet today can offer more opportunities to work on mini art pieces or docos where the outcome satisfies an audience, not a client.  On the editor/director relationship, Bernard says “Ads at worst take two weeks and I reckon I can hold my tongue for that long.   I’m reading Buddhism for busy people and that might help,” he laughed.

One of the benefits of commercial success is being able to give back to editing by supporting the ASE Guild; and being able to identify talent and transition Assistant Editors into cutting.  “We’re a community and we need to keep feeding it,” he said. 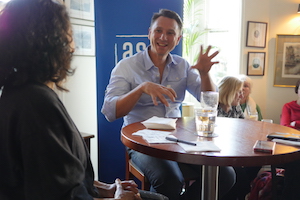 On a brief visit after editing the latest Stephen King horror film ‘It’ in the US, Jason gave us the perspective of the feature film Editor’s career.  He spent 12 years as an Assistant, which was a great opportunity to watch the etiquette of the cutting room.  His advice to people starting out is “to hang in the circles where you want your end game to be, so that the right place/right time chances can happen.”

A big part of the job is to manage the director’s expectations against the reality of what they’ve actually shot.  He explained “I think it is a great  insurance for the  production to have the Editor on during the shoot,  giving  instant feedback, discussing things that aren't quite working or extra shots that are required”.

The director needs to feel secure in the “cone of silence” in the cutting room, and it’s crucial for the Editor to find a way to “politely tell the truth.”  The first assembly might be three hours long, cut quickly so that there is instant feedback during the shoot.  It is important to have the confidence in your own skill to openly talk about what’s working.   He then wants the opportunity to bring his own creative read to the scene before he spends 10 weeks with the director.

Jason also explained transitioning from being a very respected Assistant and moving across to the driver’s seat. He said that Australia is a great place to quickly advance in your career as well as gain international credits, because the union in the US restricts an Assistant’s chance to move to editing until they have enough hours, which can take many years.  “I feel like I’ve completely shot through the back door.”