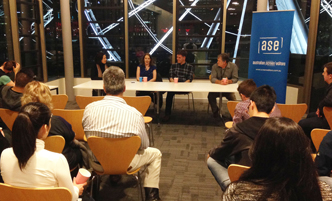 Art and Craft of Editing

This year Queensland has had a new addition to its screen culture landscape with the introduction of the Queensland Film Festival.  With David Stratton as its patron, the festival was run over 3 days and presented audiences with an array of “art house” films.

In its inaugural year and with the support of Screen Queensland we were able to partner with the QFF to present a seminar called the  ‘Art and Craft of Editing’. Our guest speakers Dr Karen Pearlman - practitioner and theorist of screen editing and past president of our guild was joined with Alexandra Heller-Nicholas a film writer with special interests in genre, horror, the body, gender, sexuality and the spectacle. These interests come together in her work on the Italian giallo filmmaking tradition.

Together Karen and Alex guided the audience through an insightful examination into the form and function of editing in two fascinating and highly stylised films screening during the festival - The Duke of Burgundy (dir. Peter Strickland, ed. Matyas Fekete) and The Strange Colour of Your Body’s Tears (dirs. Helene Cattet & Bruno Forzani ed. Bernard Beets).

The technology gods smiled upon us and during the seminar we were fortunate to be joined from Hungary, via Skype, by Matyas Fekete editor of The Duke of Burgundy.  This was Matyas’s first feature and he spoke about the references (Jess Franco etc) the director gave him prior to the edit and his approach to cutting the film.  The discussion was opened up and Matyas was able to take questions from the audience about his work.

Karen had also managed to correspond (prior to the seminar) with Bernard Beets, editor of The Strange Colour of Your Body’s Tears and asked him a few questions on his process:

On the question of working with the Directors and preparation prior to the film:

“we don't have the same background in our own 'history of watching movies' so we complement (they introduced me into the 60s &70s italian B-movies, for example..)

some of these references can be used or discussed during the preparation,

but it is forgotten for the shooting and the post-production”

“about the first shot, yes it could be a dream (or some kind of nightmare) or not, or… Bruno & Hélène like to leave some ambiguity and generally don't give definitive answers about the meanings (even with me..) so anyone can develop their own idea about what they just watched”

On the question of the movement of events through the film:

“ the final script is very accurate… I don't remember switching any sequences,

and almost all of the shots appear in the final cut; so the “mystery plot” is in what Bruno & Hélène have written (the editing tries to make this efficient)”

On the question of the movement of emotions through the film:

“we don't really talk about all the meanings, we concentrate on the 'action' (what's happening now, who sees who, doing what, and so..)

Bruno & Hélène want to use me as their first viewer …which suits me because I have the feeling to discover the movie while editing it (the more we work, the more I understand the film and see the connections between sequences, characters...)”

On the question of the movement of image and sound:

“my part, in the editing process, is mainly to work on the rhythm”

On the question of process:

I spend 3 days watching rushes, while they give me a lot (!) of information (for example, they will shoot a big close-up of an eye moving in every directions during 2 minutes; I 'just' have to take good parts of this to put it into different places in the movie - the eye opening and then watching on his right goes to the second sequence, another movement of the eye goes to the sixth, and another..and another… sometimes I lose myself in it).

We would like to thank Dr Karen Pearlman and Alexandra Heller-Nicholas for highlighting the significance of editing in these two films and advancing an appreciation of the craft amongst our seminar audience. 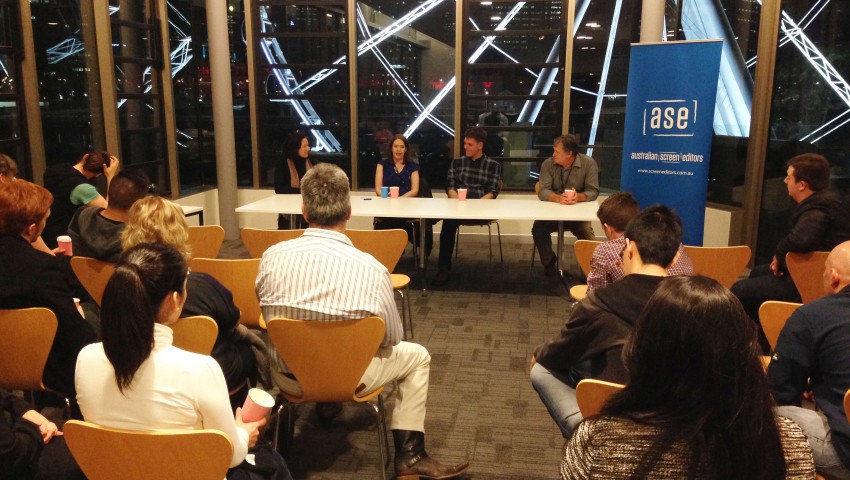 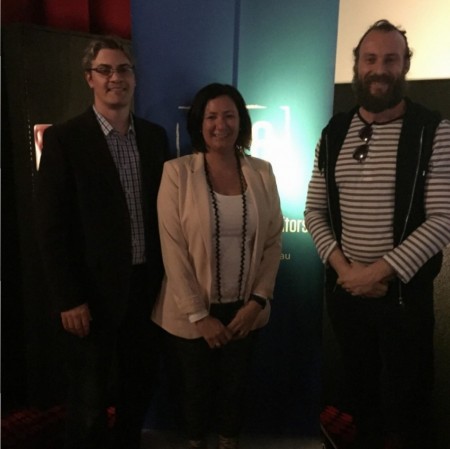 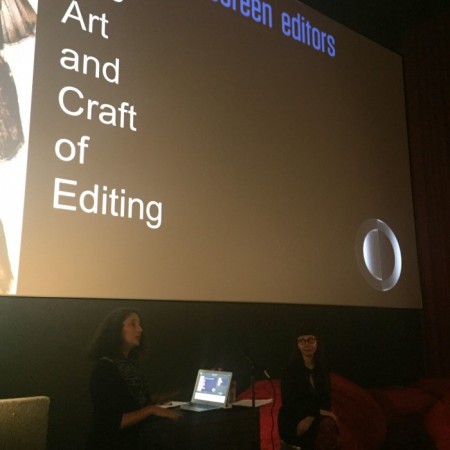 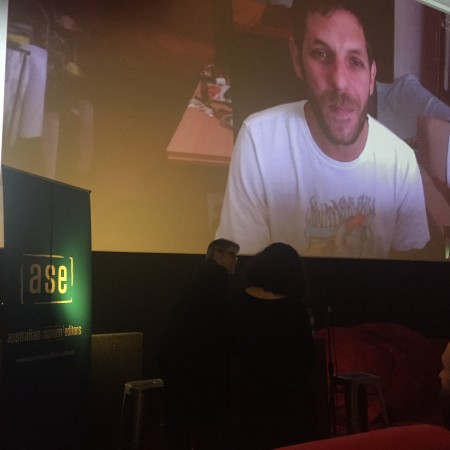 The Art and Craft of Editing. Matyas Fekete, editor of The Duke of Burgundy, Skyping in from Hungary