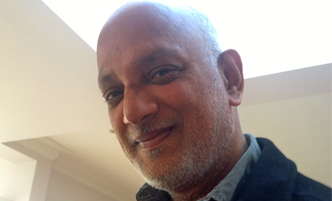 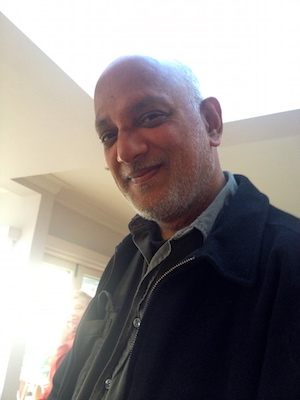 On Jan 13th we lost one of our very fine editors, Suresh Ayyar ASE

In a career that started in 1979 in the early days of Simon Townsends Wonderworld, Suresh progressed to working on documentary, drama series and features. He achieved many nominations and editing awards, including the ASE award for editing "Romulus, My Father". He was involved with the ASE from its beginning. His deft storytelling skills gave a unique and fresh view of our iconic wildlife in the documentary "Kangaroos, Faces in the Mob". He was a great collaborator and great friend to those he worked with.
Such a sad loss.

Frans Vandenburg ASE and Dany Cooper ASE wish to thank Scott Dyer and Alison Myers for volunteering to provide their labour, and above and beyond efforts in editing and delivering this fine tribute to an equally fine man and editor.

Edited by Scott Dyer and Alison Myers. Thanks to Debbie Sander, Information Access and Collections Librarian AFTRS and all the filmmakers and persons who supplied the images and sounds.

Quotes from Suresh’s friends and colleagues:

Suresh Ayyar passed peacefully away on the 13th of January. I fell in love with Suresh when we were young film school students back in 1976, and nothing has changed. He started the adventure that was to become our careers. It was his passion for writers that took us on the road in an attempt to capture the legendary Hunter S Thompson. We never really captured Hunter but had a hell of journey trying.
Forty years have passed, so much great work, Suresh matured into one of our great editors and my closest friend. I'll miss you so much Suresh especially your quick wit and infectious laughter.

Apart from being such an entertaining friend – the first two films (Gumshoe and Watch the Watch) were last Steenbeck experience and then first Lightworks experience – so we experienced the joy of non-linear editing together.  Also (that is different these days) - I spent every moment in the editing room – and that seemed like a very natural process of discussion, argument, excitement and facing challenges – all things together.  Then lunch at the Trop where he would always have the eggplant parmigiana and all was right with the world – and if it wasn’t then we’d talk about it over lunch.  Then back to the cut.

Suresh will always be with me and those others lucky and blessed to have known him. We met in the 80's, shared a lot in common and loved to debate the rest passionately. Passion is a big part of Suresh's story as is intelligence, laughter, his family, compassion, curiosity, humanity, good books and films, politics fine food, good wine, wonderful people and so much more that makes life worth living. I feel Suresh lived it to the full and deserved to have much more time. He never once complained to me about not having enough. Once when I was very angry that MND had hit him he told me not to be, he wasn't! He was one of bravest people I've ever known. I miss him and feel greatly honoured and humbled to be someone he considered a friend.

The Charmin Brahmin has left us for the big and restful sleep.  His brain was voracious. The glee in his eye when meeting an idea of wit or merit was so infectious.  His heart was just as huge and embracing - forgiving and never ever judgmental, mostly judicious.  With these gifts he was able to make bad ideas good and good ideas great and great ideas soar.  It wasn't just that he understood our medium so well.  He understood humanity and its very literary frailties and this made Suresh the great colleague, storyteller and friend that he was.  He will be profoundly missed.  Let's all read some Dickens or Proust this weekend in his memory!!  With love.

Back in the eighties and nineties it was ‘handy’ to be versatile if you wanted to stay busy as an editor. Suresh was especially good at this to such an extent that he won both AFI Best Editing awards in 1994 for Feature and Documentary - "Bad Boy Bubby" directed by Rolf de Heer and "Watch the Watch" directed by Malcolm McDonald.  Suresh, you were special.

(In memory of my dear friend Suresh)

In this library he called the universe, all books are closed.  There’s silence in the empty rooms of the house; no longer heard, the echo of his laughter nor his cough nor his sigh.

His still hands once turned the pages of all the world’s authors and poets, while he spun and looped their words around his city of books, imagining formulating theorising rhyming creating and re creating.

Words in other words

He is in dreams now.  His quiet voice and his kind remark remembered,

His philosophy his joke his gift of insight and revelation.

His message his word his book

In the Infinite Library

A memorial was held on Sunday 24th January at 4pm. All of Suresh's family, friends and colleagues were in attendance to farewell a wonderful man.

And below are more photos from the event held for Suresh on the 8th March 2015. 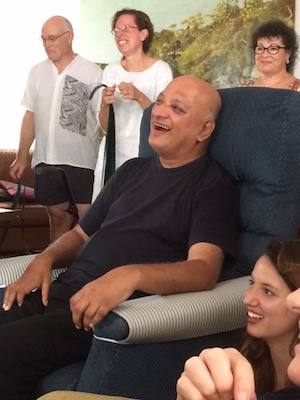 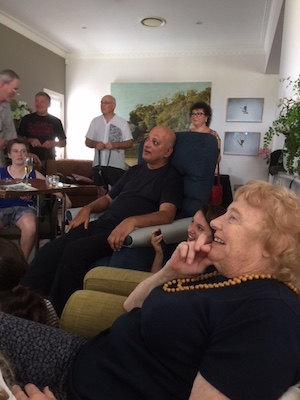 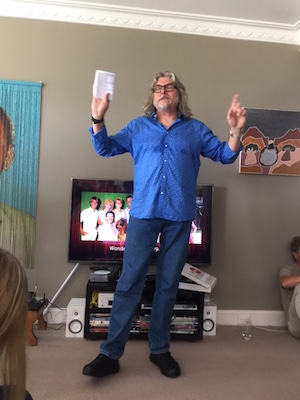 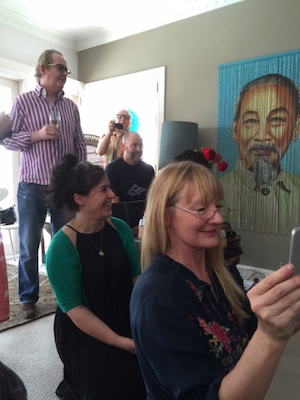 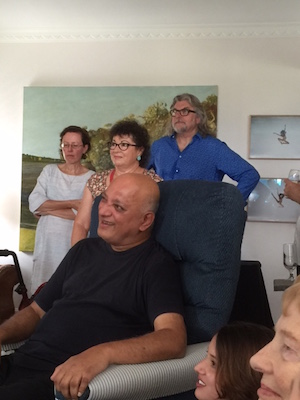 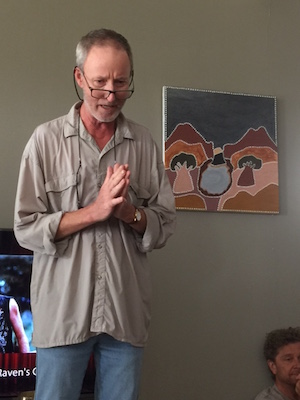 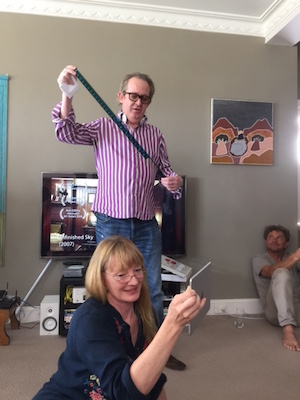 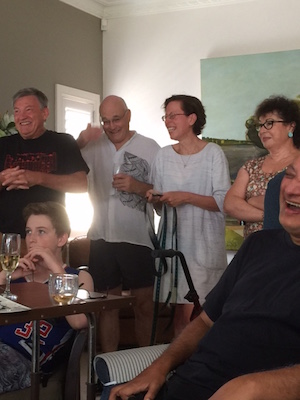 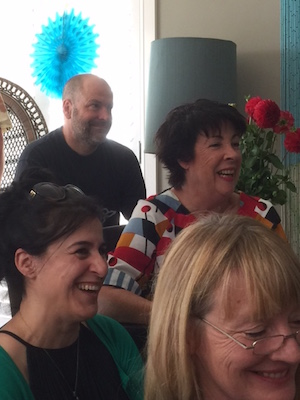 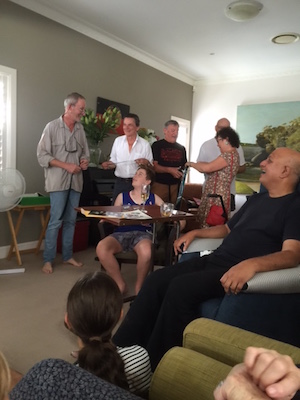 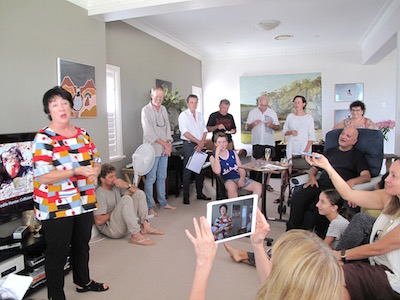 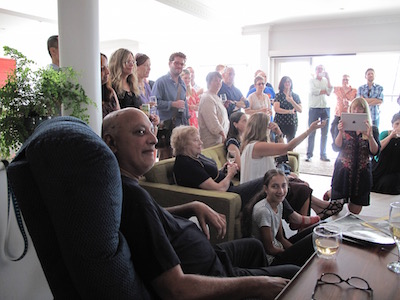 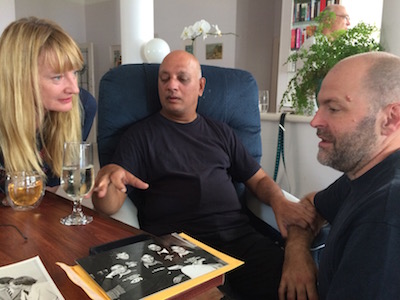