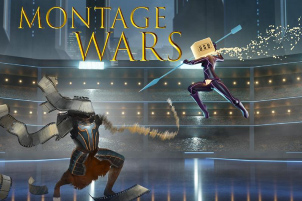 In November we hosted Montage Wars which was Adelaide’s first social editing competition, funded by the South Australian Film Corporation. The was a fantastic turn-out for the first event of its kind in SA, with Editors, filmmakers and general public all gathering to watch at the UniSA venue. The competitors had two hours to edit approximately eight hours worth of footage into a four-minute music video. The footage was provided by Miles Rowland - a local director/DOP and member of the Australian Cinematographers Society. The music track was provided by an Australian band called Manor. Each Editor worked quickly and effectively using the gear provided. Audience members participated by asking the Editors questions about their approach, their favourite style of editing, and the challenges they were facing during the competition in a five minute interview conducted by an ASE Committee Member, Miles, or Nathaniel (band member). 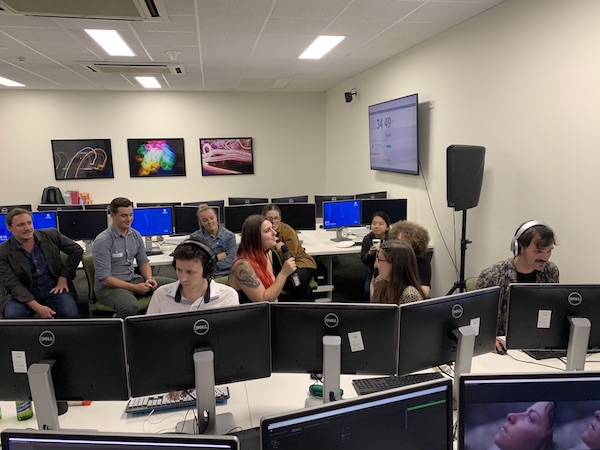 Jon Barrie, Adobe’s Strategic Development Manager, flew over from Melbourne and gave an excellent presentation about new features in the latest Premiere Pro updates, as well as the growing use of Adobe products in feature productions. Miles and Nathaniel spoke about how the music video concept came about and the process of filming in Australia and New Zealand. The audience was very engaged and asked lots of interesting questions of each speaker. 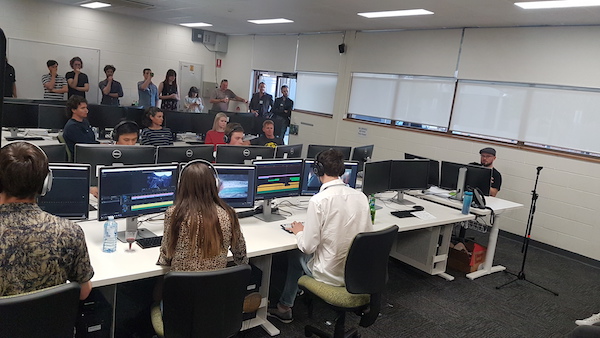 Everyone enjoyed pizza, nibbles and drinks throughout the night; it was wonderful to see how interested the spectators were in the editing process. At the end of the night we had a screening of all the the films, giving time for the judges to write their scores based on the categories rhythm, juxtaposition of shots, storytelling, and creativity/originality. As the judges watched each edit at the end, the grin on their faces was huge; we all felt what a special moment it was for Nathaniel to see his music come to life. Miles was proud to have been able to provide something great for the Editors to work with, and Jon was blown away by the level of craftsmanship and expertise shown in each edit. In the end it was neck-and-neck between two particular edits for the band choice award. They finally came to an agreement that Lewis Costin’s edit was their favourite. Jon chose Bryce Kraehenbuehl’s edit for the Adobe Award (1 year free subscription to Adobe). The audience were given popsicle sticks to place into their favourite Editor's cup. Lewis also won the audience choice award, receiving an annual pass to the Media Resource Centre’s Cinematique festival program. 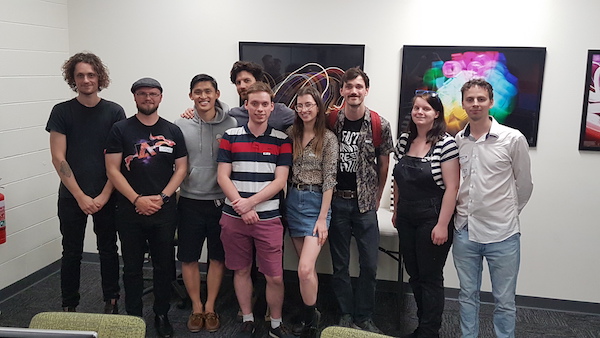 In conclusion, Montage Wars was a highly successful event. It brought together filmmakers, industry professionals and the general public, and celebrated the creativity, hard work and art of editing in the South Australian community. 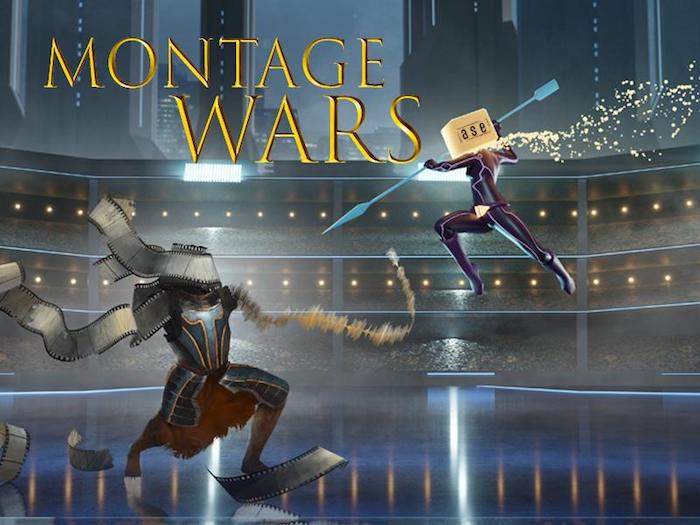 Montage Wars is Adelaide's first video editing competition! Six emerging Editors will compete
to show off their editing artistry and speed. Each will have two hours to edit a music video.

Join us for a fun, live and interactive event where you get to witness the edits
emerging from the raw media while enjoying the live commentary and beer, wine and pizza.
While the Editors are cutting there will be live expert commentary and exciting guest speakers.

The Editor who produces the best edit of the night will win
an Adobe Creative Cloud 1 year Subscription valued at $871!

To enter this event simply send an example of a montage or well-cut sequence
that you have edited to southausase@gmail.com.
Your video must be under 2 mins and be sent as a link (Vimeo or YouTube).

We will provide the computer, equipped with Adobe Premiere, plus all the media files ready to edit.
All you have to do is turn up and strut your stuff.
But get in early as the competition is fierce and spaces are limited.

The six competing Editors will be announced on 10th November.
Bonus - If selected, we'll refund your ticket price.
YOU MUST BE AN ASE MEMBER TO ENTER.