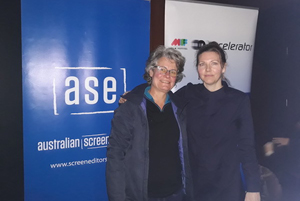 In typical MIFF fashion, the morning was wet and dreary, but we were quickly warmed and welcomed by our moderator, Editor Cindy Clarkson, at the NGV lecture theatre in the Ian Potter Centre. A lively conversation kicked off between Johanna Scott, MIFF’s Accelerator Lab participants, ASE Members and the general public. 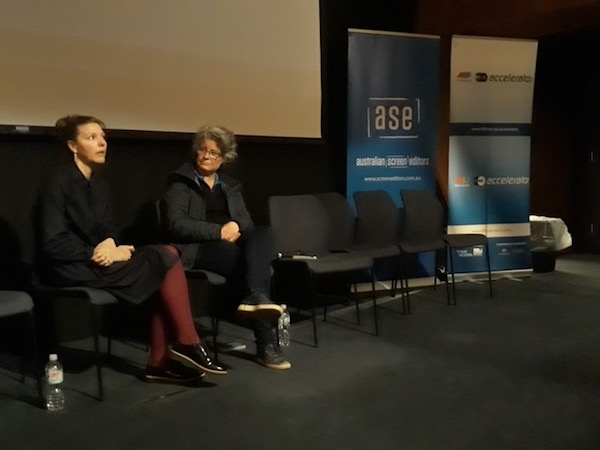 Cindy and Johanna started by discussing Johanna's background. Johanna has over 20 years editing experience, she started her career in the UK, assisting on and cutting commercials. Returning to Australia, she later cut at The Butchery in Melbourne.  Not only has Johanna cut countless commercials, music videos, and short films but she has a background in documentary, cutting her first feature documentary 'Have You Seen the Listers?' in 2017; which not only earned her a AACTA nomination for best editing but was acquired by Netflix after an impressive run on the film festival circuit. Her next feature documentary 'I Used to Be Normal: A Boyband Fangirl Story' played to audiences at MIFF 2018.

Johanna then played a sequence from 'H is for Happiness.' She explained that the sequence, which appears early in the film, was actually several longer scenes that tonally felt quite heavy, and also hit the audience with a large amount of exposition. So, with feedback from screenings, she and her director, John Sheedy, made the decision to cut it down in an effort to lighten the tone, and to ease the audience into the characters and story. The final result was a brilliant sequence that had a great energy and comedic tone, with some fantastic match cuts and a seamless weaving together of dialogue that continues and jumps from scene to scene.

Johanna talked to the sequence and how the unplanned opportunities in post-production can become the magic moments, and how editing can often lead to moments that look very intentional but were somewhat accidental. She spoke to how this is the real exciting part of editing for her, and although it can often feel like a mistake, it takes an Editor's eye to recognise the opportunities and advantages of a challenge like these.

Johanna spoke about the structure of 'H is for Happiness' and how it was set very early on in the process, because of having to present a fairly polished rough cut to the financiers almost immediately after the shoot was wrapped. The production was looking for additional funding and needed to send an edit quickly to the distributors. Working like a machine, churning through all the dailies, cutting every scene the day she got them in her system, whilst trying to get to that rough cut stage fairly early on was difficult, but in the long run it gave Johanna and John Sheedy more time to work on those tonal choices, and a chance to work the narration.  The narration was built into the script but Johanna saw it a useful tool to craft the story with more precision and flexibility. Johanna and John were able to re-write and manipulate the narration to help move through the story more fluidly.

Another scene was then played - a rather comedic four-way dinner conversation featuring a father (played by  Richard Roxburgh) being asked for his 12-year-old daughter's hand in marriage by her equally young boyfriend. Dinner table scenes, although seemingly simple, are a notoriously difficult balancing act. However, Johanna did a magnificent job of managing the performances, with great rhythm and timing. Johanna talked about her process of finding the right moments in edit and how it's a mixture of intuition, learning your director's sensibilities and trusting your process. She went off her initial reaction to Richard Roxburgh's performance when watching the rushes. Finding his character comedically very strong, she decided to cut the scene with his performance as the centerpiece. 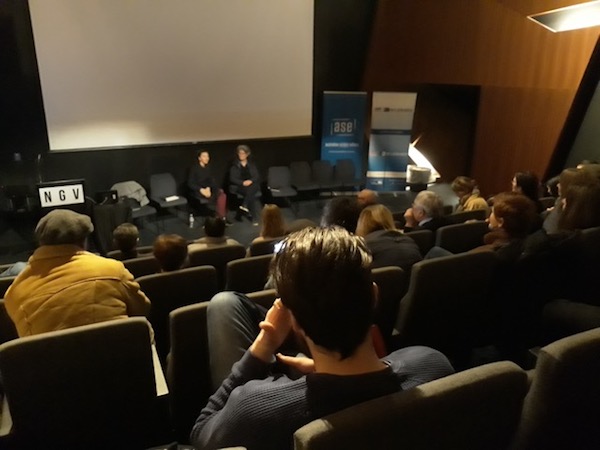 There was a question about how you know when your have got to that point of something working, and how does she go about getting there? Johanna said that although it's a cliche, it has a lot to do with intuition -  you can feel it when something is right, and is working. She talked to the importance of leaving scenes and coming back them another day, or even just later the same day.

Johanna is a fan of having the director in the room, she appreciates the convenience of bouncing ideas back and forth and the collaborative experience. Although, she made the joke as Editors we complain when a director gives us too much instruction but then when the opposite happens and the director doesn’t give enough instruction, we’ll complain too - either way we’re never happy.

Also whilst discussing the dinner scene, Johanna talked about the differences in pace when cutting for the big screen compared to the small. The big screen allows for cuts to have more breathing room, whilst when she cuts for small screen she tends to go for a faster cutting style. This is something Johanna learnt through her experience as a short film Editor, having the opportunity to see her work on the big screen and observing what the cinematic experience means for the pace of editing. 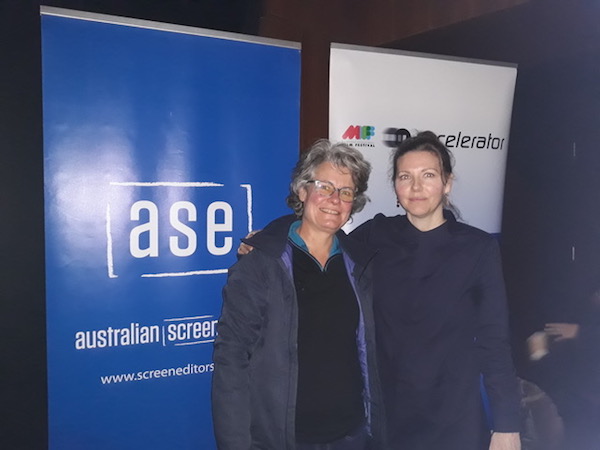 (Cindy Clarkson & Johanna Scott.)A real take-away theme of Johanna’s conversation was to trust in your processes. Something she picked up from her documentary work - when you’re left with hundreds of hours of footage and have to craft something coherent and entertaining, it’s good to develop a process and plan. You know that by committing to that process, it will help you to your end goal. This has helped Johanna get over any sort of feeling of being overwhelmed by the scale or challenges of the project. Bringing this attitude to her first narrative feature really helped Johanna through all the challenges she faced.The conversation moved into a question and answer session. There were a lot of Accelerator Lab participants interested in her relationship and processes with the director and the wider production team. With a few questions about her specific project set-up, Johanna talked about her exclusive use of Avid, although she recognises that whatever tool is best for the user wins. She talked a little about her relationship with Assistants, and although they have increasingly less time to assist with cutting, she does often get them to do audio track lays to give them hands-on experience with the edit in its timeline.

All in all, it was a great conversation - many questions were asked and by the end of the session Cindy had a hard time getting any questions in as the Q&A had become so lively. I think this is a sign of a great Lab. I really appreciate Johanna and Cindy's time and effort in making the lab a great learning experience, I suspect everyone else at the Lab felt the same way.