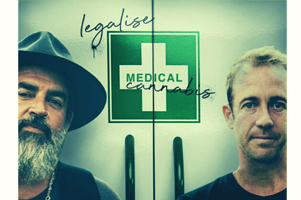 At the Halloween drinks, Patrick McCabe, who had just finished editing the documentary 'Green Light' with director Ned Donohue, proposed to screen the documentary with a Q&A moderated by Cindy Clarkson. Patrick contacted me and we arranged for the documentary to be screened late in November. However, a week before the event Cindy was called away to do some pickups on a film she had been working on, so Steve Robinson ASE, who has over 30 years of TV and theatre documentary credits to his name, kindly offered to moderate the event. 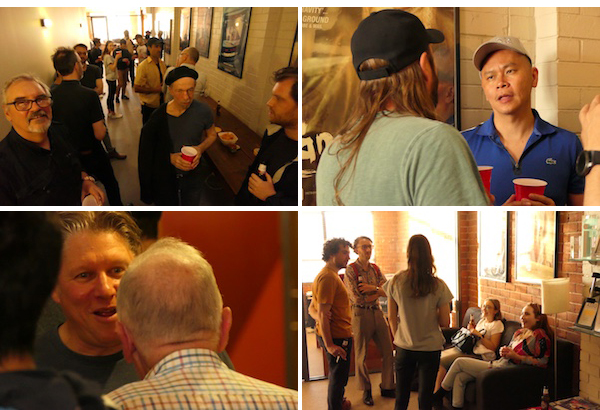 After starting with a few drinks and nibbles the documentary lasting 70mins was screened and then we set up for a Q&A. 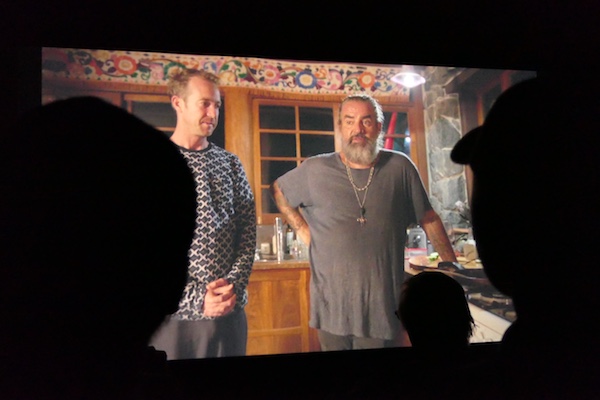 What a beautifully crafted. entertaining, eye-opening documentary, showing the graphically confronting treatment of terminally ill patients in Australia. The documentary 'Green Light' was about showing, firstly, how the treatment of medical cannabis can cure certain diseases and, secondly, how it is not readily available as a legal treatment. The documentary is about how Nick and Luke unconventionally provide access to medical cannabis oil for people in Australia who are chronically and terminally ill. 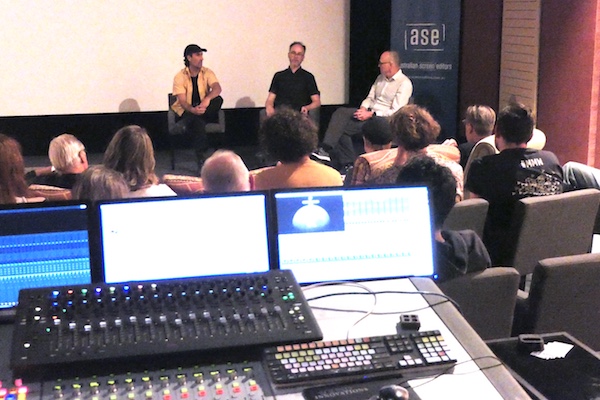 Patrick opened the discussion on how he had worked on the film over a number of weeks of editing and had tried to find a balance in telling the story without it becoming too dark. He then started to introduce lighter elements into the film. This together with carefully placing reflective moments, using rain sequences and shots of the hinterland, together lifted the mood into a more appealing documentary style. Ned discussed the background information as to why this documentary was made and also the close relationship between the director and Editor. The collaboration meant that a lot of the other examples of patients in need of treatment were omitted for reasons that the point had already been made.

Steven then opened the discussion to the audience. Questions from finance to shooting ratios, transcoding, edit platforms and how sequences were filmed and edited, pacing and music were all answered at length by Ned and Patrick. 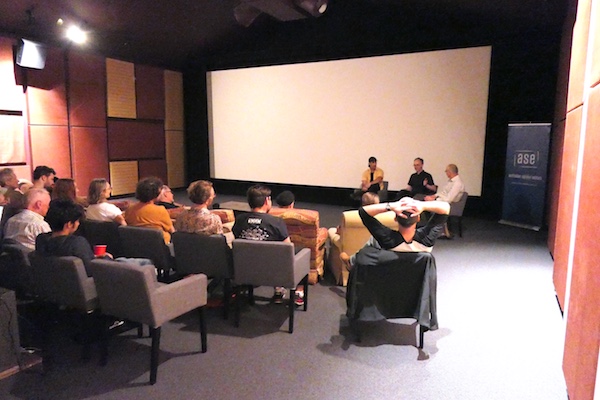 (State-of-the-art mixing theatre at Music and Effects in South Yarra.)

It was a fascinating insight into how this particular documentary was shaped and how it developed over time in the edit.

Thanks to Doron Kipen from Music and Effects who was generous in allowing the ASE to use his state-of-the-art mixing facility in South Yarra in a casual and relaxing environment. 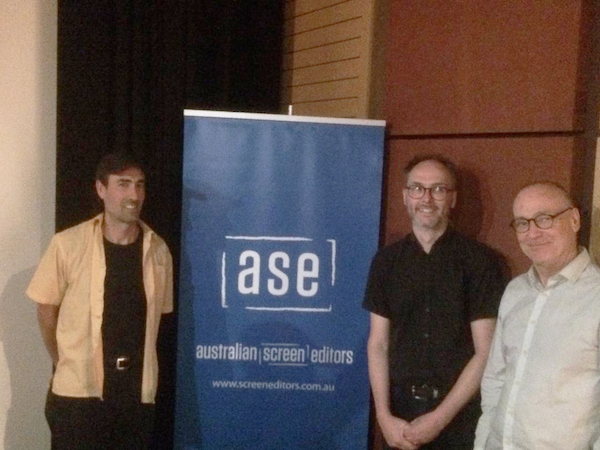 It was a great night, enjoyed by all. The next day I received an unprecedented number of congratulatory emails from grateful members. This is what makes the ASE worthwhile.

Thanks to Ned, Patrick, and Steven 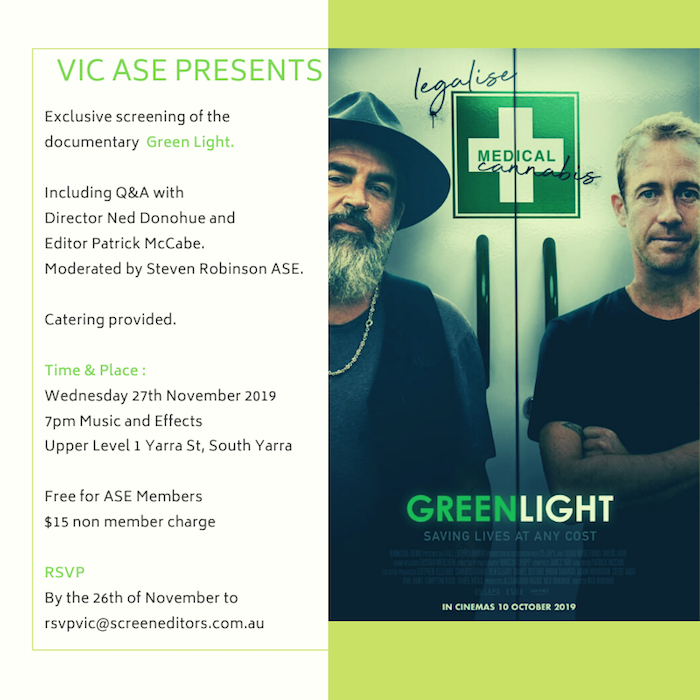