EVENT REPORT: Much Ado About Adobe 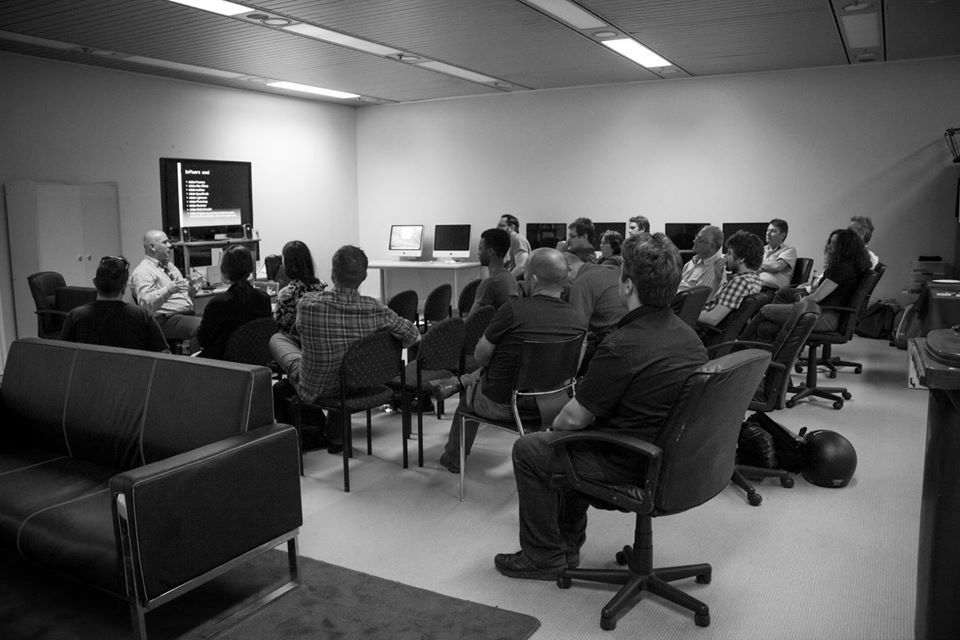 as reported by Lawrie Silvestrin ASE

Despite the slightly whimsical title, this seminar, held recently in Perth was really Much Ado About Something Pretty Big actually.

With the final death rattles of FCP 7 shaking through west coast cutting rooms, many local members had been asking the ASE to organise a seminar about that so-called "new kid on the block" Adobe Premiere Pro. As an avid Avid user, I hadn't had any experience of Adobe apart from some basic Photoshop work and some cursory explorations of After Effects. Nor did I see any real need to start learning yet another editing system when the one I had was serving me well. Then I began editing a short drama beautifully shot by an award-winning WA cinematographer using a codec that produced AVCHD files with .MTS file extensions. WTF! I could happily watch the rushes clips using VLC but then what? AMA didn't work, Importing didn't work. I even tried FCP 7 and that didn't work. Fortunately the award-winning cinematographer had some software to convert the files to Avid DNxHD Quicktimes...perfect. Then came the task of importing them into Avid to create MXF files...easy...just link to AMA and transcode. One week later I was finally ready to start syncing and logging and get going with the editing.

Coincidently, as I was just about to start cutting, my daughter came home with the rushes for a short film she was making at university. Guess what...MTS files!!! "When do you need to hand this project in?" I asked suspiciously. "Two weeks time". "Oh, good luck with that", I said, "It'll take you a week just to ingest". Then she opened her project, clicked on a bunch of raw rushes files and dragged them into her source folder where she started playing them before dropping them onto her timeline and begin editing. She was using Premiere Pro. "Gosh darnit!!" I exclaimed..."why couldn't you have shown me that two weeks ago!?"

As things in the universe often tend to coincide in groups of three, an email then arrived from ASE WA Committee member Andy Parnell announcing that Jon Barrie from Adobe wanted to come to Perth to run a seminar....snap! Andy already knew a thing or two about Adobe....his skills list includes Adobe Audition, Adobe Encore, Adobe Media Encoder, Adobe Prelude, Adobe Premiere Pro, Adobe Soundbooth, Adobe Speedgrade, Adobe Story and After Effects...I assume he just forgot to mention the ubiquitous Photoshop. He's also a member of the Adobe Pro Video User Group (APVUG). With APVUG, ASE WA set about organising and publicising the event. Perth's Film and Television Institute (FTI) offered its Training Lab at the State Library as the venue and Jon booked his flight.

The seminar was presented by both Jon and Andy. Jon provided an overview of Adobe's Integrated Systems with Premiere Pro at its heart and the editor in the control seat. Andy gave a detailed account of his work at the helm of the 2014 WA Health Awards Overture and Multimedia Presentation. He demonstrated his workflow with Premiere Pro at the centre of an elaborate network of satellite workstations all using different Adobe software products.

Apart from the extensive array of software available and the impressive way it all fits together, the truly inspiring revelation of the night was that the Editor was at the centre of it all...conceiving, creating, collaborating and collating. All in all it made you feel good to be a Screen Editor.

After the event, I was pleased to be able to offer Jon our spare bedroom for the night and we stayed up late enjoying banter and brandy.

The following night the plane that was flying him home to Melbourne was grounded. Rumours abounded that it had been struck by lightning. Fortunately, he wasn't in it at the time and Jon got to stay another night with us to help finish off the leftover beer and pizza that Adobe provided for the seminar.

A big thanks to FTI. And to Andy Parnell. And to Jon Barrie. And especially to Adobe, not only for the seminar and the beer and pizza but also for the brilliant software and for being one of ASE's Gold Sponsors!! 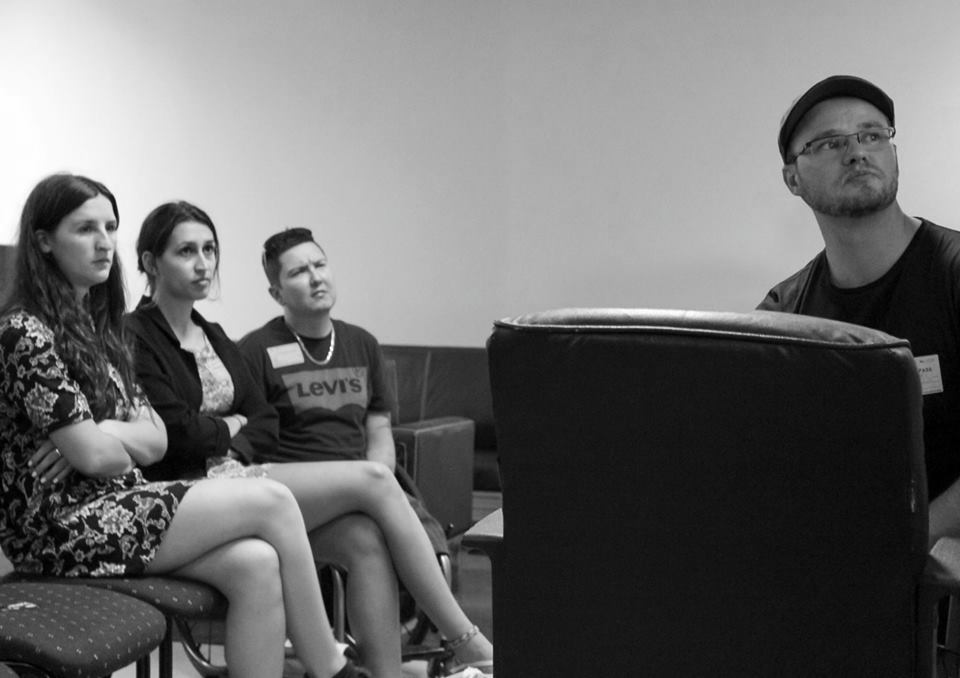 Jon Barrie from Adobe Systems Australia & New Zealand had us all in his thrall.