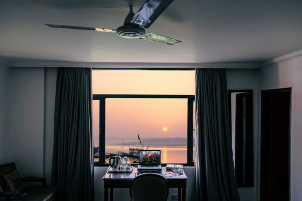 Four months ago, I was handed a treatment on "Death Hotels of Varanasi, India". Considered the spiritual capital of India, Varanasi draws Hindu pilgrims who bathe in the Ganges River’s sacred waters and perform funeral rites. Dying in the holy city helps devotees attain Moksha – freedom from the cycle of birth and death.

This immediately caught my attention and captivated my imagination. As I read through the treatment, I found myself being fascinated by the unique subject matter and the director's vision. This was an idea so far removed from my day to day projects, I needed to learn more.

Over the next few months I began collaborating ideas with the Director (Dan Braga) and EP (Charu Menon). On the 19th of May, the film crew and I were on our way for one of the greatest adventures of our lives. As an Editor, there's something unique about cutting on location, to feel the vibe of a city, the smell, the heat, to have all your senses working overtime. I knew my experiences in Varanasi would influence the editing process - in a good way. 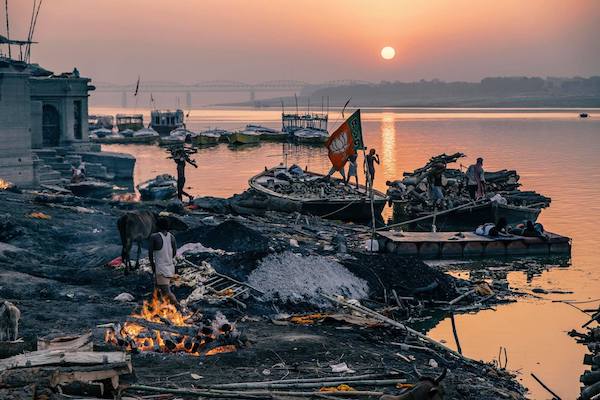 We landed in Varanasi and the 45-degree heat blasted us like a hairdryer blowing directly on our faces. I was fortunate enough to join the film crew for three pre-shoot days which gave me an incredible sense for the city.  Screeching horns that don’t stop. Unending traffic. Dust. Chaos. Smog. River banks where 80-100 human bodies are burnt every day. Varanasi is a lot to take in.

The locations we were filming looked stunning on camera, and at the death hotels, we had full access to interview those who were there to take their final step. Our interview subjects were all available, interested, and had such captivating stories to tell.

Shooting in a foreign city is always challenging and Varanasi was no exception. Every day there was a new fire to put out. We had to manage everything from trying to make sure the replacement gear arrived on time, to waiting to see if our DOP was going to make it for the rest of the trip after nearly being hospitalised with a heat stroke and a gastro attack, to trying to assess if our First AC was going to fall sick too and if we needed to fly in a new camera team in for the final day, to ensuring we don’t get stopped when filming on the Ghats the day election results were going to be announced in India. It was definitely stressful, full of drama and exhausting, but despite all this, we managed to capture all the content and B-roll shots that we could have ever wished for, and ever so beautifully at that. 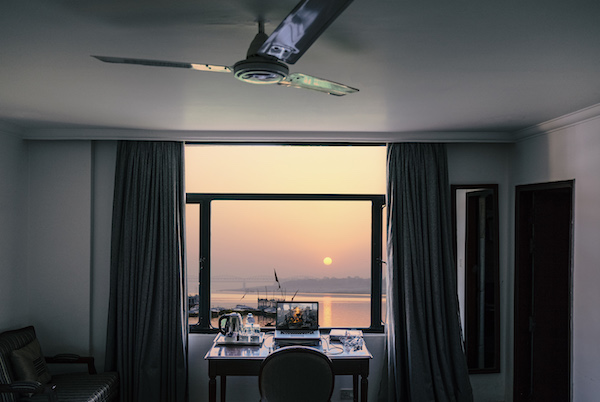 After each shoot day, I'd transcode rushes through the night and sound sync audio in the morning. The main goal was to refine interviews so we could send them off to be translated. We also arranged for SRT files to be made, which are basically subtitle adjustment layers. Having all this prep work done on location meant we would free up valuable time in the edit suite back in Sydney, time we needed to craft the final version, if we were to complete the film and have it ready for festival deadlines. Being able to show the director and DOP selects from each day was also a great motivation for the next day of filming. Had we got the shot? Did we need more? Was there something we’d like to change? Where would we like to take it next? This was definitely a huge positive for being on location with the crew.

After eight days the crew and I safely returned home with varied levels of gastro, but big smiles on our faces. We knew we had captured something truly magical, cinematic and yet confronting. We just need the time now to craft it in the suite.

I'm looking forward to sharing this documentary with you all when it's complete. 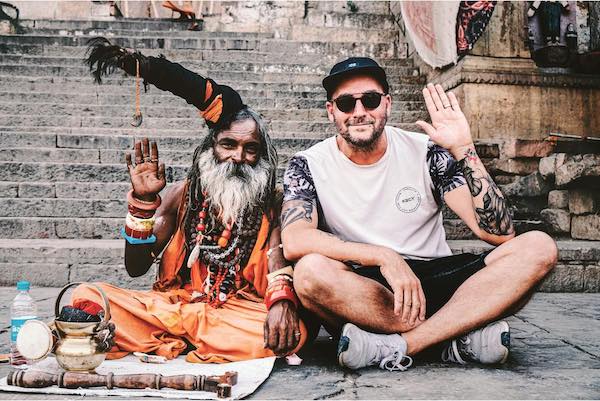 The documentary is due to be released through the film festival circuit in the seconds half of 2019.