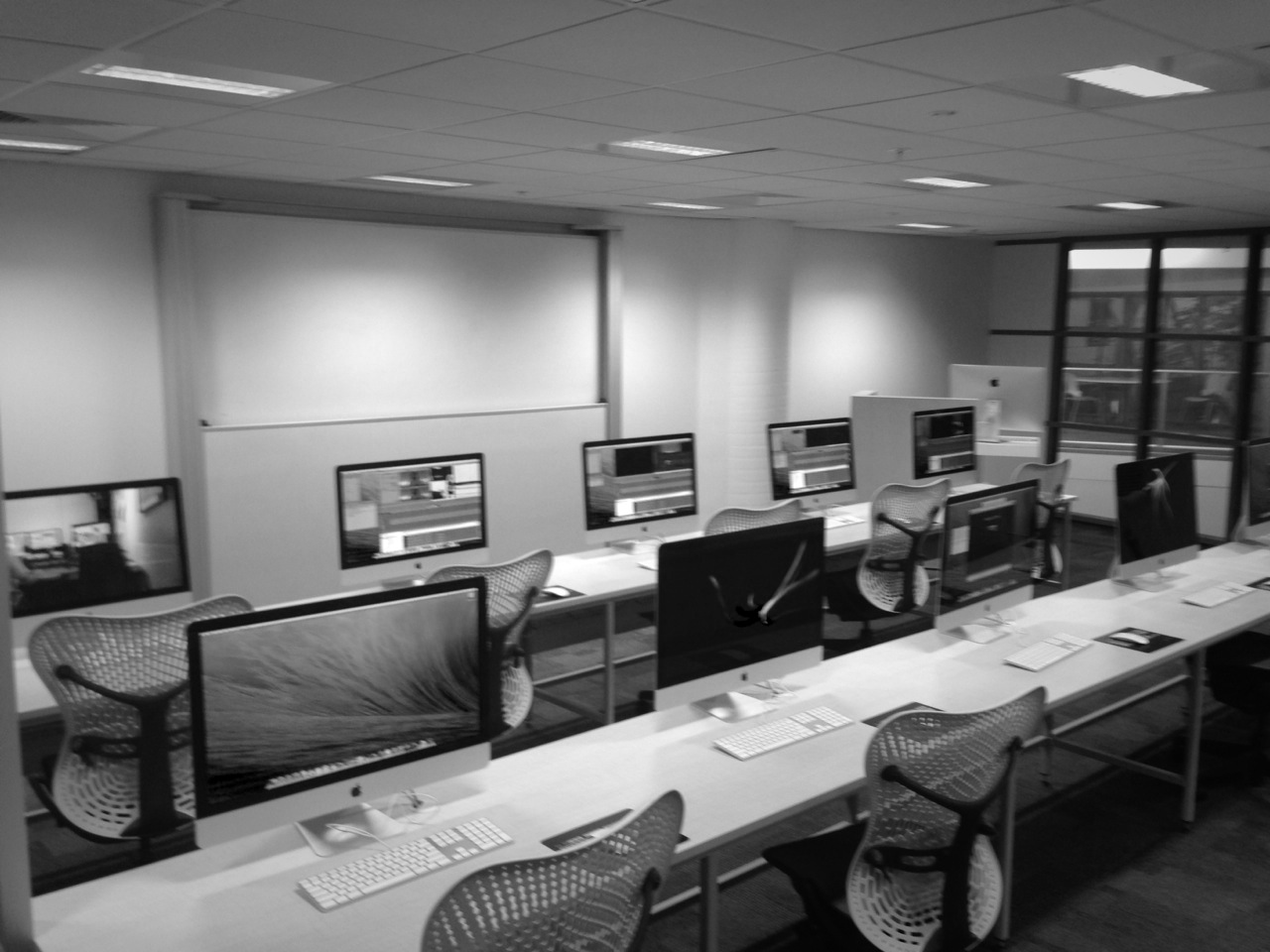 Sydney, 14 August 2014 – Macquarie University prides itself on providing its students with the very best courses using the latest and most advanced equipment. When it was decided that the university would run two new masters courses in Future Journalism and Creative Media there was a requirement for a new green screen studio, control room, digital news room and workstation classroom all linked to the Avid MediaCentral Platform with iNEWS and ISIS | 5500 storage. Such a facility requires a vast array of specialist equipment. The company selected to supply the majority of this equipment was Videocraft.

Macquarie Uni’s Peter Ring explained the process and system design, “The courses are run out of our Futures Lab and the new facilities also had to become a tech hub for the university’s other production areas such as the music studios, video editing facility, screen production studio, radio and music studios, so there was a very comprehensive set of requirements.”

Prior to selecting suppliers Ring set about researching what exactly would be required to teach the new courses. In addition to reviewing various equipment options there were also several meetings with broadcasters, including SBS TV, to fine-tune the courses’ needs.

Ring continued, “The image of how we wanted the various areas to look developed over time and through conversations with broadcasters like SBS. It became clear that a key part of our requirement would revolve around an Avid iNEWS system. We spoke to Avid and a couple of their key resellers at that point, of which Videocraft was one.”

Videocraft had supplied Macquarie Uni with various pieces of equipment such as cameras and some Media Composer | Software licenses in the past so Peter Ring and his team were used to the company’s level of service. That said, Ring was still impressed. He added, “Videocraft’s sales director, James Taylor, flew up from Melbourne to meet with us and nothing was too much trouble. The level of service they gave us was remarkable. These guys were really on their game.”

Impressed with Videocraft’s level of service but having to remain within the uni’s charter of going with the best price Ring and his team were even more impressed when the quotes came in.

He explained, “Videocraft offered more than any of the competitors, met our requirements exactly and offered the best value for money. This made the decision a no brainer.”

The uni’s plan detailed five main areas – a training classroom, an open plan newsroom area, a green screen studio, a control room and an equipment room. Each had their challenges.

Ring continued, “The classroom space is where the students learn to use Media Composer, iNEWS, and MediaCentral | UX (formerly Interplay Central), which allows us to use Macs and in turn enables us to do video editing via web browsers using content kept on our new ISIS 5500 collaborative storage. A very powerful system. Videocraft helped us set up each and every workstation in the classroom and connected them all to the Avid MediaCentral Platform.”

The open plan newsroom area has five dedicated iNEWS workstations, three Mac and two PC. There is a hot desk where students can use any laptop to wirelessly access MediaCentral | UX for quick edits, and updating scripts for final production. A good portion of the content used on the courses is shot in the uni’s new green screen studio.

The new studio has been designed to be crewless and consists of three Sony BRC-H900 remote cameras, an autocue system and Sony LED monitoring. The studio is controlled by the operators and equipment in the control room with the cameras also under the control of the TriCaster 8000. A new Avid Artist Mix connected to the TriCaster 8000 provides control surface access to the TriCaster’s built-in audio mixer.

Peter Ring concluded, “Videocraft has done an amazing job with the design and install and all credit to them. We now have a fully-fledged system where students can learn to use iNEWS, Media Composer and Pro Tools | Software in order to create small productions and news bulletins. The students can shoot, compile and edit their bulletins and then output and upload to Vimeo, YouTube, Twitter and Facebook. The more technically advanced students will learn how to fully operate the control room and the dedicated edit suite for the addition of advanced graphics. It doesn’t end there. The new system will also be used for other creative projects, which will entail bringing in many different elements to create multimedia productions. Finally the control room now also links to our large performance space which means we can put together multi-camera productions with ease. I must say it’s been a pleasure working with Videocraft in particular James Taylor, Rob Floro and Shane Jones and as far as their knowledge, expertise and service levels are concerned they are very hard to beat.” 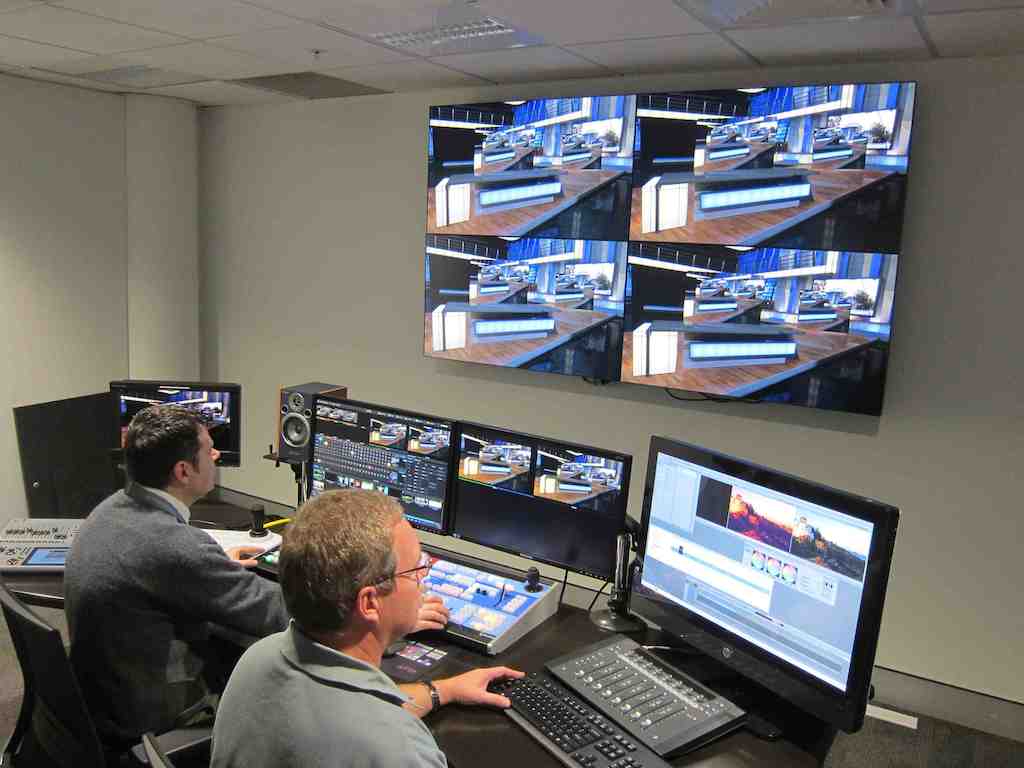