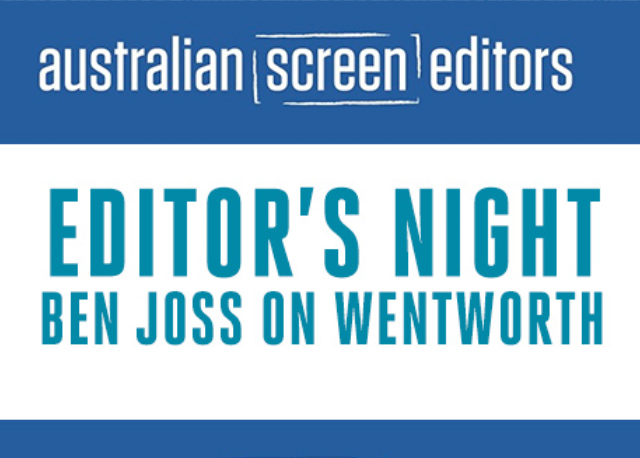 The hotly anticipated event; 'Wentworth' Edit Suite provided a rare insider's look into drama editing.  As expected, the well-attended evening was entertaining and insightful for old and new members alike.

The state-of-the-art facilities at Soundfirm in Port Melbourne allowed attendees to watch The Avid operating at cinema-screen.  As they settled into their comfy movie armchairs, 'Wentworth' Editor Ben Joss talked them through his post-production workflow. 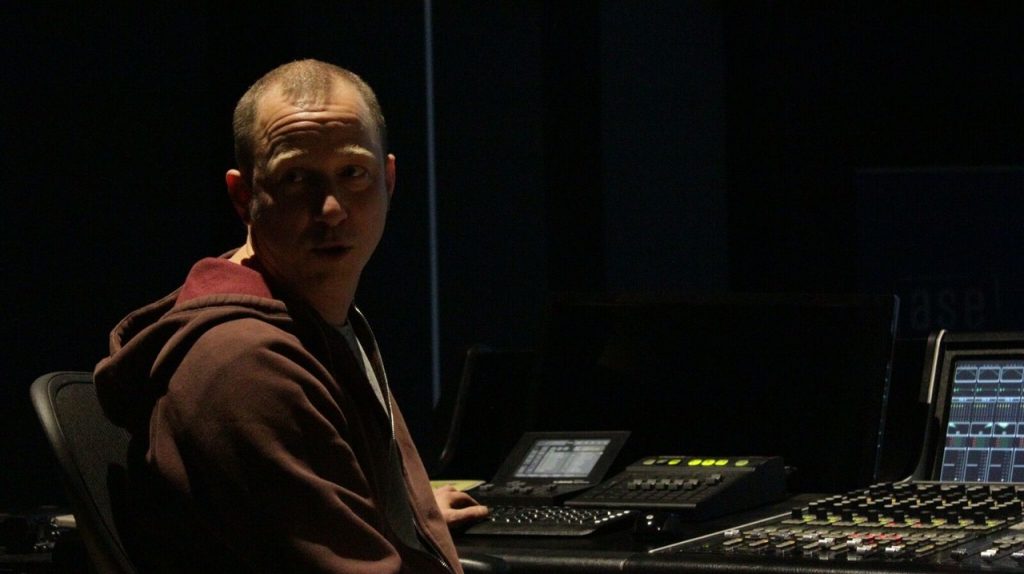 Currently shooting its 6th season, 'Wentworth' is one of Australia's hottest drama programs.  The award-winning program is set in a female-prison - the narrative drama follows the lives of those behind bars, and those with the keys.  Editing 'Wentworth' requires a varied array of experience including that with dialogue, fight and montage scenes.

Location, Location
The 'Wentworth' edit suite is located on the set where the drama is filmed.  This allows Ben to visit during filming and watch the story unfold, and absorb the director's objectives for a scene.  It also allows him to bond with the cast and crew and have an ear to the ground on what's going on.

Software
As with all long-form TV programs and films, 'Wentworth' is edited on the Avid.  The software has the best capabilities for handling large quantities of footage, and project sharing between Assistants and Editors in different suites

The Process
Once the Assistant Editors have organised the footage, Ben may scan over the script just once and then get straight into the scene.  He is not glued to the script. "If I can't understand what's happening in the scene by watching the rushes, then something is wrong," Ben says.For the offline process, 'Wentworth' has a number of standard LUTs to help the production imagine the end product.  There is an outdoor look, cool steel indoor prison look and another for the shower room scenes.

Ben also employs temporary music and sound effects tracks to bring the edit to life for the director and producer's meetings.  Once approved, Soundfirm builds and edits the soundtrack while Richard Pleasance composes the original music.

With a mix of edit intuition and skill, Ben employs a one-track timeline to tell the story.  He says he is lucky to have some liberty with his role.  Often the direction with montage and flashback scenes is to, "Intercut as necessary," allowing the footage and its rhythm to dictate scene changes and transitions.

Teamwork
Whilst Ben is editing, the First Assistant Editor, Shaun Smith, is busy doing assemblies and cleaning up audio.  The other Assistants ensure everything is ready to go with syncing, project and bin organisation.

Timings
Typically the program shoots in blocks of two episodes.  For each week of filming there is a week of offline edit.  Ben won't go home until he's got the scene finished.  "It's just for myself, even if it's been a really long day I won't leave until it's done.... And then the following day I'll change it all. (Laughs)."

Effects
Ben uses time effects for impact - for instance, when somebody is punched, the footage is played back at 100fps and then suddenly played at real time to give effect of the blow.  He rarely uses cross-fades, "I really don't like cross-fades!" he tells the audience cheekily.  When we think about it, this is what gives the program its unique look - the Editor's unique style and preferences.

Interaction
The 'Wentworth' evening was a two-way discussion.  Melbourne's Editors were only too happy to ask a lot of questions and pick Ben's brains to gain nuggets of advice to enhance their own techniques.

Thanks
Many thanks to Ben Joss, Shaun Smith, Soundfirm, the ASE Melbourne Committee and the 'Wentworth' production team for making the evening possible. 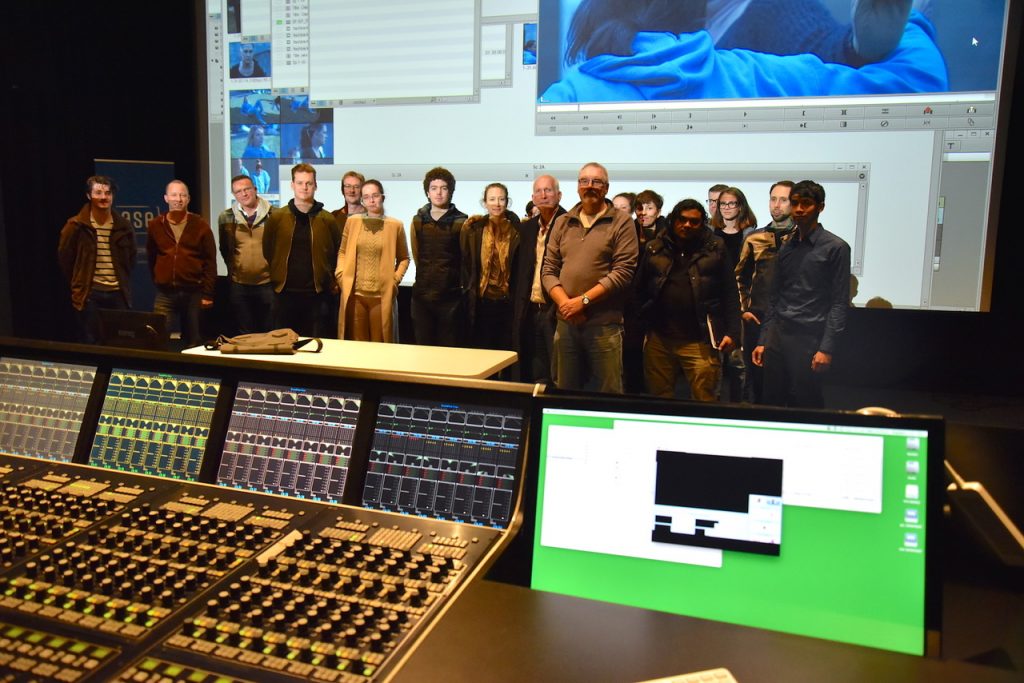 'Wentworth' Season 5 is currently available on Foxtel: https://www.foxtel.com.au/watch/wentworth.html
Why not watch the program and see if you view it from a different perspective now?Which is your favourite 'Wentworth' episode?  How would you feel editing such heavy content?  Share your feedback with us! Australian Screen Editors Discussion Group 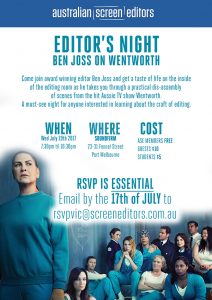