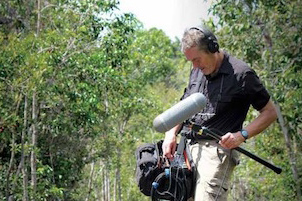 The death of a contemporary is especially confronting and heart-wrenching.  Selfishly it reminds us of our own mortality and that someone who has travelled the road with us – who shares many of our memories and milestones - has gone, and a piece of us with them.

Craig Carter was a colleague and a friend.  I met him just on thirty years ago and, over that time, we collaborated regularly on films and TV and became good friends.  Since hearing about his passing on Friday morning the reality of it has been slowly creeping up on me.  I’m finding it difficult to accept and I want to bat it away.  Like me, I am sure those of you who knew and loved Craig will be wrestling with the same kind of strange, surreal feelings of disbelief and profound sadness that come with such unexpected and shocking news. Last night the tears started to come and they continue in waves today.  I thought it might help to share these thoughts and a few memories.

Craig was an artist and storyteller. He was a master (that’s not hyperbole) of his craft and was renowned both in Australia and overseas. His credits going back to the early 1980s include many landmark films and TV programs. It’s worth looking at his IMDb page to be reminded of what he’s done – staggering. The shingle hanging on his door may have read (figuratively!) “Sound Designer & Recordist”, but he was, of course, much more. He was also a musician, writer, adventurer, husband and father. He wasn’t a functionary or hack who just ticked boxes. He had a vulnerable sensitivity and, I thought, a slight melancholy that comes with being thoughtful and creative. He had an intellectual curiosity about many things. Over the years, when we caught up after long periods without contact, I enjoyed our rambling conversations about the state of the film industry, arts, politics and the environment.  Those meetings were always absorbing and restoring for the spirit.   We shared the same values about life and philosophy about our work.

In the early years, as I learnt the craft of editing both picture and sound, Craig made a huge impact on my understanding of the practical details and strategies for making creative choices. I may be conflating memories, but I’m pretty sure I first met Craig in 1987 at Paul Cox’s offices in Albert Park. Paul had asked me to help out sound editing a few reels of his feature film, Vincent. Craig was renting one of the rooms to sound edit another film using a noisy, upright Moviola. It was fascinating to watch him operate this crazy looking, steam-punk device with his feet and hands – rapidly pumping at the foot-peddles, pushing the levers, and flicking open the illuminated viewer to mark the 35mm sound rolls with a china-graph pencil before cutting and rejoining it with a tape-splicer. I was quite out of my depth taking on Paul’s film but Craig showed me a few tricks of the trade including, for example, how to smooth the edge of a sound effect by scrapping the magnetic audio strip on the film with a razor-blade in to a “V” shape. Arcane knowledge now!

In 1993, we worked together for the first time on Ana Kokkinos and Fiona Eagger’s Only The Brave. The way Craig and composer, Philip Brophy, collaborated on designing the sound track was one of those great “ah-ha” moments. There wasn’t the traditional segregation between them, but instead they discussed and planned the overall design with Philip‘s music and tones created to overlap and compliment Craig’s sound effects and atmospheres. It was also the first time I’d heard sound discussed in story-telling terms. I remember Craig talking about how sound should reflect the experience and point of view of character.  He gave the example of a house next to a railway line. He said the obvious thing to do would be to “lay up” a passing train in the background.  That might be okay, but is that the right choice? Maybe the character has lived there a long time and doesn’t notice the trains anymore. If the focus is on the character’s state of mind – how they’re feeling – then maybe trains shouldn’t be heard on the sound track. He talked about the use of silence and the “sonic” impact of sounds on our emotions much the way music does. These ideas and approaches have continued to guide the way I work with directors, composers and sound designers. Recently, we worked on the second season of Glitch and the blurring of our collective processes was a perfect example of how Craig liked to work.

Craig’s death leaves a gaping hole. The industry that he helped to create has lost a senior light – a master of the medium - who had a lot more to give. At a personal level, like many of you, I’ve lost a comrade-in-arms who shared a period in time and the sensibilities that came with it.  He was one of those precious people that provide a touch-stone for one’s experiences - a reminder of where you have been and who you are. Most importantly, Craig’s passing is a poignant and traumatic loss for his family and close friends. My condolences and heart-felt wishes go out to Fiona, Charlie, Matthew, Lize and the rest of Craig’s family. 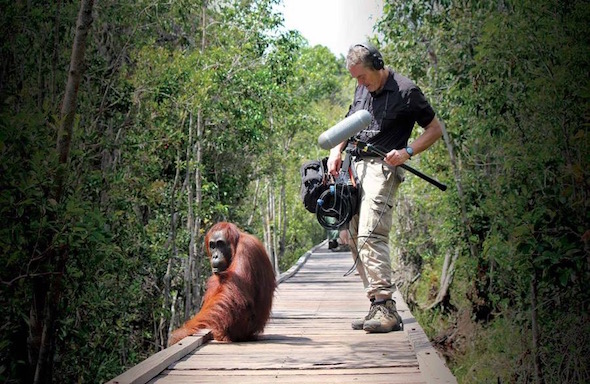