On a cool, almost rainy afternoon in June, over 60 intrepid Sydney Film Festival goers rolled up to listen to “the Master Editors behind some of this year’s Festival Features”.

"Palm Beach", edited by Nick Meyers ASE, opened this year’s festival, and "Judy and Punch", edited by Dany Cooper ASE, screened to packed audiences. Andrea Lang ASE  edited the documentary "We Don't Need a Map" which opened the Sydney Film Festival in 2017.  Andrea was an expert and entertaining moderator as she fired thought provoking questions at Dany and Nick over the 60-minute session. 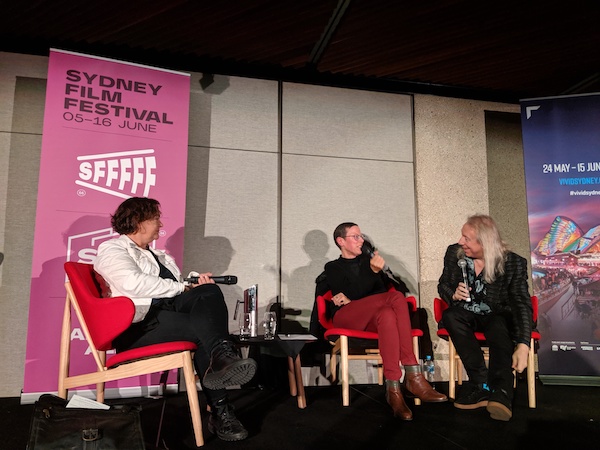 We learnt that Dany Cooper ASE came to editing with a degree in Fine Arts, Anthropology and Music. In the early days she worked as a Sound Editor, then Assistant Editor. Dany found success very early in her career, with an AFI award for "Angel Baby" in 1995, and has since worked on some very impressive features and television drama in Australia and overseas.

Nick Meyers ASE was editing on Super 8 back in the '70s, in the '80s did a TAFE editing course and then worked at the ABC. In the '90s, he went freelance, then formalised his training at AFTRS. And then there was a side career running the light show for The Tender Trap night club in Kings Cross. He won praise for his editing on the feature “The Boys” in the '90s and has successfully combined editing features, documentary and an array of short films through his career.

The discussion began with Andrea quoting David Lean saying “The Editor is the final author of the film”, which led to some exploration of the Editor/director relationship. Using a musical analogy, Dany said that she works with the director to choose what the audience sees, “we're a bit like a conductor in that we take all the elements and we put it together and make it sing in the best way you possibly can”. Nick, Dany and Andrea agreed that their job was to emotionally connect with the film, and the audience, to embrace what the audience will be feeling, and drive the audience experience. Through their discussion we could see that the Editor/director relationship involves listening, learning, adapting, persuading, taking the reins, reviewing and above all, collaborating.

Since there is an intensity in working with a director, time alone was discussed as being immensely important, giving the freedom to play - generate new, or different ideas and not be constrained by perceptions or expectations. One of the tools that help all of the Editors on the stage are scene cards on the wall. Both Dany and Nick love those cards to be pictures,  allowing them to step back and see and adjust the film’s structure in a more organic way.

Andrea asked Nick and Dany about the importance of the script when it comes to the finished film. Both Editors surprised the audience by saying that beyond the first or second read, the script gets pretty much abandoned. They both responded to the footage as it came in, Dany saying, “A performance, an interpretation of a screenplay, all those things affect the translation onto the screen. You might find that a look does what a line does - so you don’t need that line”. Nick mentioned that on "Palm Beach" the producer asked for an assembly screening two weeks before the end of the shoot, which threw everyone, but revealed a big structural issue. Bryan Brown suggested a scene swap, which necessitated a re-shoot of a small scene in a different location which allowed for the change.

The value of opening up their films to screenings was discussed and both Dany and Nick moved from very intimate cutting room screenings, with the director, Assistant, or producer through to big public screenings which really tested the audience engagement, and their own objectivity.

The increasingly rare process of viewing rushes at the end of the shoot day with the crew came up and Nick said on "Palm Beach", 'The shoot was happening mainly in one house, and the house had a media room so we would rock up every day and watch our rushes in the theatrette; enjoy some wine and cheese, and more importantly, each other’s company'. Dany didn’t have that opportunity on "Judy and Punch" due to the shoot and editorial being in different States, but she really valued it on her recent film "I am Woman", saying, 'You were there with the cinematographer and director and producer and you could work out which takes everybody wanted at the time'.

Editing is renowned for long days that run into nights, which Nick loves:  'Late at night for me is when the good ideas come. That’s also when the phone calls stop and it's just endless possibilities.' Dany however, uses her nights to refresh and regroup: 'I like to sleep on my cuts. Go home and sleep and come back and see them fresh … you work it until you can’t work it any longer, and in the morning you’ll see it more clearly.'

The urgency to stay all night to lock off a film is not so much of a problem these days when you can “latch” a film rather than “lock”, allowing the Editor to unlock and do some changes (depending on the budget!), even when sound post has begun.
It can take some time to wind down and re-enter the real world after finishing an Edit, and Nick said. 'I came up with this fun idea - re-editing other people's movies! There was a film I had seen and I liked it but I thought there were problems… I thought: "I can play around in here and see what happens." It was a way of winding down and it would take me about three weeks or so. Although one of them I revised after about 10 years, so that one took a bit longer!' That is dedication to the craft! 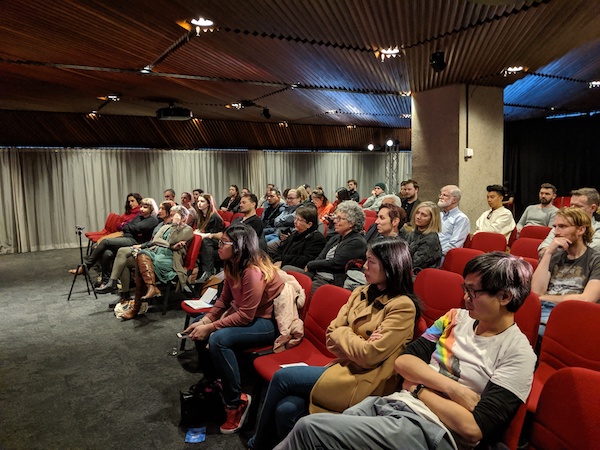 The discussion moved into some audience Q&A, with one woman (an artist) who asked if Editors had the opportunity to move between different films to avoid “overkill” after editing multiple versions -  in the same way an artist would have a few works on the go and move onto a different piece to avoid ruining one.  It was acknowledged as not being really possible in film, but Andrea re-framed it in the sense of moving onto a different scene if you feel in danger of stuffing one up! Dany said, 'I try to avoid too many versions. I like to do what I consider to be the best version and then I’ll adjust it based on criticism.'
Nick responded, 'I would over-cut scenes in the early days by which I mean there would be too many cuts in them and they would be a bit busier than they needed to be. Part of my process was then paring it back.'

Another question honed in on how much coverage, or the lack of it, determined good editing. Both Dany and Nick discussed how fulfilling working with minimal coverage can be, a lot can be done with a small amount of rushes, it does not determine the quality of the edit. Dany pointed out that, “Editors should ask for coverage if they need it but sometimes budget constraints affect this.  Editing is not just about cutting - it’s about what’s in-between the cuts.'

There was a bit of channelling Walter Murch, with an audience member posing the question, 'The edit, the blink before the stare, a photographer chases light as an Editor might chase the ghost in between the two cuts to make the last edit move into the next. How would you respond to that?'

The audience enjoyed Dany’s response, 'Joining together two shots regardless of the blink can have certain kinetic energy. I’m not sure about ghosts… I can never work out whether you should cut before the blink or after the blink. I know you don't cut on the blink and I've learnt you don't cut after the blink but every time I watch my final cut I think “blinks … shit”…' Nick added, 'On a day to day basis I'm probably not thinking about that or consciously looking for it, but I like to be tuned in so that I don't miss it.' Andrea chipped in with, 'It becomes a good cut and it’s a feeling you have isn’t it? You just think, “Yes, that worked”. Dany mentioned something many Editors can relate to, 'There's always a scene that is never recut in every movie and I always love that scene the best. Only because it is the purest cut, it comes from the purest spot. Generally it worked because the material was good so it's always a lovely thing and it just lives there.'

What came out of this hour (that snuck over into 75 minutes), was the love that Nick, Dany and Andrea have for their work, and the people they work with. They learn from their collaborators, they listen and are not frightened of allowing the film to “not be perfect” in the early stages, allowing the screening process, the criticisms, their instincts and objectivity guide them. All three Editors work very hard to make the film work on not just a visual level, but more viscerally through pacing, sound, music, and driving the emotion.

You can read the full transcript on the ASE website: (Soon)

Thank you to The Sydney Film Festival and Vivid Sydney for facilitating the session, Karen Joseph for recording the session, Melanie Annan for transcribing, and Andrea, Dany and Nick for participating. 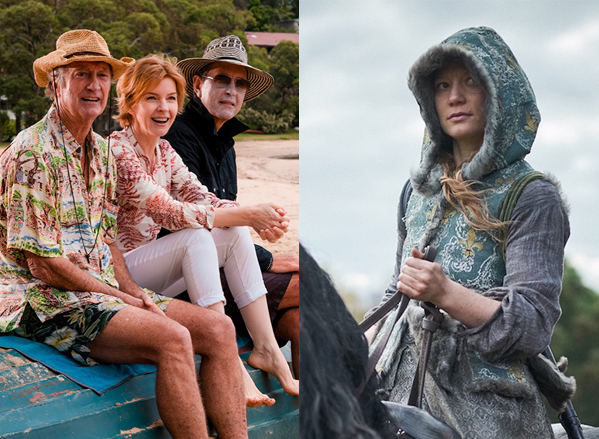