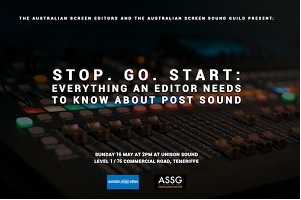 On Sunday May 16, we held a really fantastic seminar in partnership with the Australian Screen Sound Guild (ASSG) called STOP. GO. START: Everything an Editor Needs to Know About Post Sound.

Jenn Leonforte took us through a typical post sound workflow and actually showed us all the things that can go wrong once a project comes into sound.  Jenn used actual examples from television series she’s worked on, showing us not only all of the things that can go wrong but also best practice scenarios. Our Assistant Editor, Josh Atterton-Evans joined the discussion and stepped us through his workflow and how he approaches turn overs to sound. It was helpful that a number of (thankfully best practice) examples Jenn used were shows that Josh had actually worked on! We also had the valuable input of Tfer Newsome who guided the discussion and drilled down further into any topic that may have required further explanation.  She asked all the questions, everyone else might have been too afraid to ask. 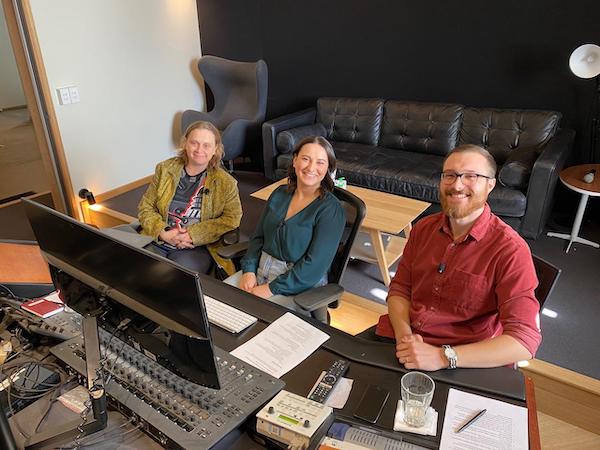 The seminar was supported by Unison Sound who were very kind in giving us the use of their facility to run the seminar from.  We set out to (ambitiously) do something different with this event, in that we wanted to offer the seminar nationally whilst also offering it in person locally in Brisbane.  We enlisted the amazing technical expertise of Michael Mader to set up a video conferencing scenario and  we live streamed the entire session via zoom.  We had around 20 people in attendance at the studio that we split between 2 rooms (social distancing etc) so we also had the video zoom feed streaming into the overflow/ break out room.  We also had a similar number of people who joined us via Zoom for the session.  We were SO SO lucky to have Michael come on board and volunteer his time and gear to make all of this possible.  I think our only small tech glitch throughout the whole seminar was a bit of delay at the beginning that he sorted out pretty quickly. 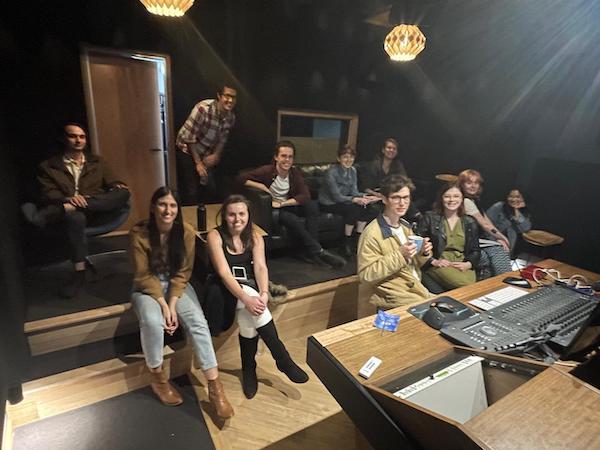 (Attendees in the overflow room at Unison Sound.)

There was some really great information shared and great take aways from the session.  From the importance of file naming and metadata through to track layout, conforms and the realisation that Pro Tools doesn’t play well with H264 MP4s.  What was interesting was how much we each (Editors and Post Sound) don’t know about the others' workflow and how and why we do things or need things done in a particular way.  All in all, if in doubt - reach out and have a quick chat with your friendly post sound team. 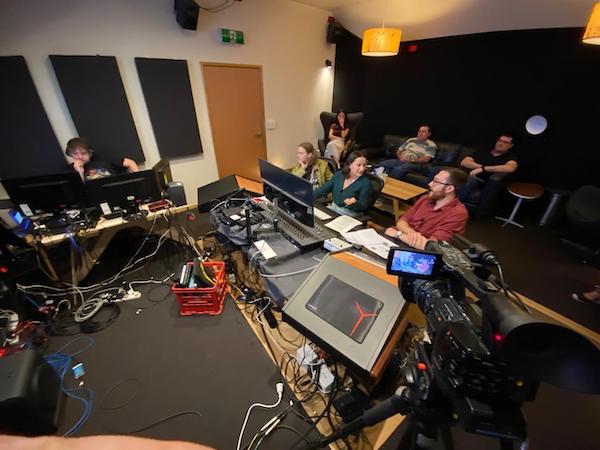 (The seminar in action.)

Also at the end of the seminar we sent out a feedback form to everyone who attended, which gave us a good idea of what worked and what sorts of things people would like to hear about in the future.  Thankfully the results indicated we all did pretty well and people enjoyed the seminar.

Again I want to extend a huge thanks to Jenn Leonforte, Josh Atterton-Evans, Tfer Newsome for sharing their expertise with us all. Also a big thanks to the ASSG, Unison Sound and of cause our tech guru Michael Mader. 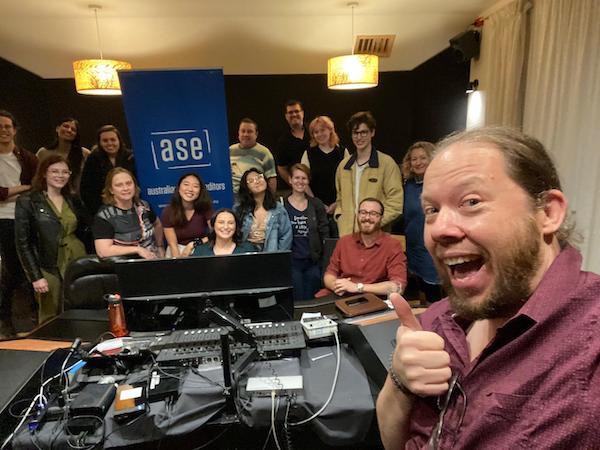 (Our panel and some of the attendees and ASE Committee Members.)

Next Up: Christmas in July - a joint Guild event.  Membership is important, so be sure to renew your membership or sign up now! 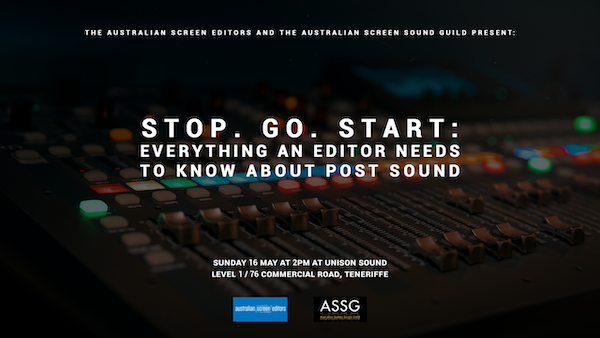 A discussion on Post-Production Sound and how to avoid the pitfalls. This session will explore how best to assist your Post Sound team - what Editors / Assistant Editors need to:
• STOP doing
• GO keep doing
• START doing

Taking us through the pipeline will be Jennifer Leonforte from Unison Sound joined by Assistant Editor, Josh Atterton- Evans, with Tfer Newsome moderating the session.

Secretary of the ASSG, Jennifer Leonforte, is a junior Sound Editor and Assistant Supervisor who has quickly advanced in her work at local post-production sound facilities, recently working on 'The Strange Chores', 'Five Bedrooms', 'Harrow' and 'The Commons'. She has contributed to many projects nominated for ASSG Awards, as well as the AACTA Best Sound in Television Award 2020.

Josh Atterton-Evans is an Assistant Editor who has assisted on TV series such as 'Harrow', 'Tidelands' and more recently 'Dive Club'. He has also been the Assistant Editor on a number of feature films including 'This Little Love of Mine' and 'The Dog Days of Christmas'.

Tfer Newsome teaches sound for film and television at QUT, and works freelance as a Sound Editor in her spare moments. Last year she mixed the television series 'Retrograde', and sound edited for 'Leaving Allen Street', the feature documentary.

Or Via Zoom: RSVP office@screeneditors.com.au by COB THURSDAY 13 May