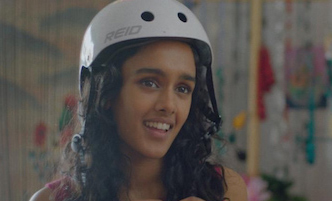 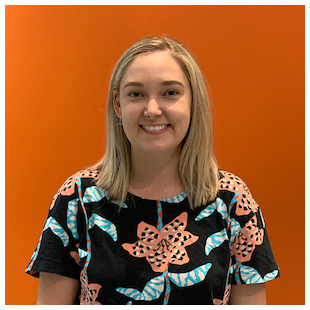 I’ve been working in film and television professionally for about nine years. For the first few years I did a lot of jobs for free or cheap to gain experience. I then worked my way up from Assistant Editor on features and television, to Editor for various children's factual television shows. Earning a steady income feels great but it’s easy to become comfortable in jobs that don’t fully challenge you. I started to feel that I was only editing for work, and not for passion. I realised what I was missing were the narrative projects I’d cut during university.

So I decided to shelve my pride and put myself out there for more passion projects. I put a call out on social media that I was interested in working on more drama. I was then contacted by Loani Arman, who was producer’s assistant for a drama series that I’d assisted on. Loani was making a pilot episode for her own series, "The Mother Load". I understood the low budget of the project but I had read the script and was already hooked. Now the difficult part was figuring out how I was going to juggle the extra workload.

Here’s how I did it: I continued to work my 50-hour week and then cut "The Mother Load" late into the night whilst meeting Loani on weekends or after work. I learnt very quickly how to schedule my time appropriately to fit in work, the short, family and friends. I came very close to burning out, but despite the stressful times, my love of narrative stories was re-ignited. I felt the skills I’d been growing in factual television come out and loved the way drama challenged me in different ways. I also got to cut my first sex scene, which was a big change coming from kids TV! "The Mother Load" has already received great feedback from audiences, with over 19K views currently on Facebook.

Hungry for more, I continued to remind friends and colleges that I wasn’t too busy to consider other drama projects they might be planning. In December, Leela Varghese, whom I’d met working on "Totally Wild", asked if I’d want to edit her Tropfest short, "Crush". I’d already been approached to edit another Tropfest short, but had to make the hard choice of turning it down because truthfully I wasn’t in love with it. The most important thing about a passion project is you must love the story, otherwise why work for free? I immediately fell in love with Leela’s script and decided to take on her project. When I received the footage, I knew I’d made the right choice. The actors were fantastic and the cinematography was thoughtful and creative. Most importantly, Leela and I had a great give and take throughout the edit. A good Editor/Director relationship not only makes a job more fun but also allows more opportunity to discover unexpected gems in the edit together.

One afternoon I got an excited phone call from Leela, telling me that "Crush" would be one of the 16 finalists in this year’s Tropfest. That was enormous to me; the biggest win I could have anticipated. Then, to my complete astonishment, I ended up winning the Tropfest award for Best Editing. "Crush" also won awards for Best Screenplay, and tied for Best Lead Actress. It feels very gratifying to receive such recognition for our hard work.

All that aside, it was extremely rewarding for me to take on these extra projects. Working on "The Mother Load" and "Crush" brought me so much joy and reminded me why I wanted to edit films in the first place. I’m currently editing a short film, which I helped produce with my husband, Sean Mergard, and friend, Kevin Brew. It will always be hard to make room for passion projects outside of work, but if it’s a project you love that will make you happy, it’s worth it.