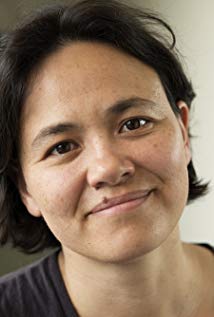 Deborah has been editing for around 15 years and has at least 20
TV series credits to her name.  This wealth of experience was on
display at her "Mystery Road - The Series" Masterclass.  She was
formidably well prepared and the 90 minutes of her presentation
went by in a flash.

She began by discussing her collaborative relationship with
director Rachel Perkins.  They had wanted to work together for
some time but it wasn’t until "Mystery Road" that dates and
availability coincided.  Deb’s role began way before the shoot -
unusual in television - and she was able to give input on details
about the opening time lapse sequence which evolved into a
discussion about starting each episode that way.

From her first discussions with Rachel to the series going to air was just over 12 months, and her fulltime involvement was 27 weeks.  She attributes achieving the tight deadline to the ‘post supervising whiz Benita Carey’.

Her relationship with Rachel and the producers was very open from the beginning and led to a constant examination of the plot and structure and in particular how each episode started and ended.

Preshoot conversations also included drawing on the visual references established by Ivan Sen’s eponymous feature, and the style of audio and music.  This gave Deb huge confidence when she started assembling the footage.

During the shoot Deb and her Assistant, John Binstead, were on location in Kununurra in the East Kimberley. 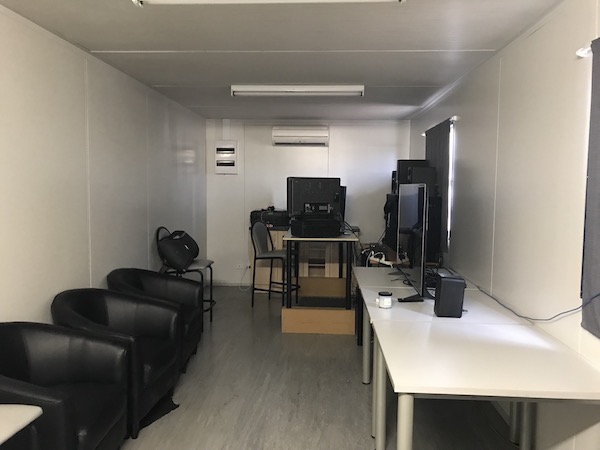 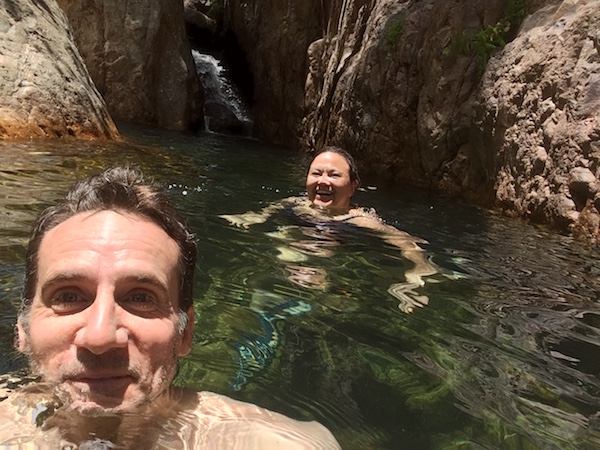 So no going home at the weekend but it did allow easy communication with the set and a truly immersive process for everyone.

Rachel was able to see assemblies regularly and Deb could make suggestions for pickups, something rare in Aussie TV.  Deb’s assemblies always included sound FX and guide music to help the film resonate as strongly as possible.

In preparation for the Masterclass the attendees were asked to watch at least the first 20 minutes of episode 1.  Deb pointed out that a show must grab the audience’s attention in the opening 15 to 20 minutes or the viewer may switch to something else and never come back. 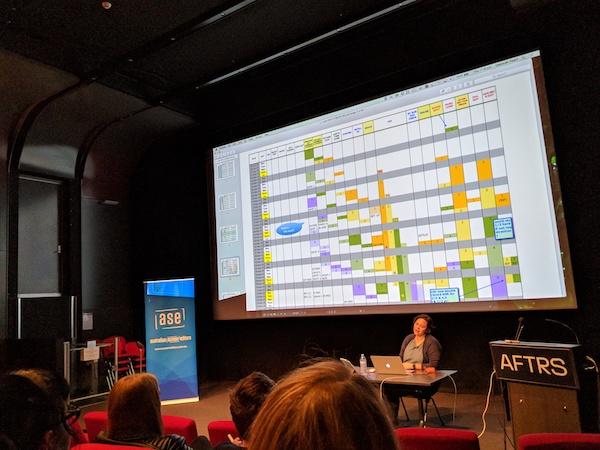 Consistent with the collaborative nature of working with Rachel and the producer/s Greer Simpkin and David Jowsey, Deb was allowed to screen examples at the masterclass of the various versions of the opening 20 minutes.  We saw a helicopter sequence come and go, two different versions of the backpackers’ dialogue with Jay and Emma, the ute being towed back  which was dropped completely, the arrival at the house which included Jay looking at the graveyard which was moved into ep 2, and the whole issue of the ignition being turned on – or off.

Work continued on the opening sequence right up until the final mix, with various music options explored, including a Johnny Cash song, but eerie silence and scored music won out in the end.

A balance had to be found between setting up the first episode with all the important plot points and establishing the tone and pace of the whole six hours of the series.  This required finding moments of silence to allow the episode to breathe.

Deb explained how she felt it is very important to never get too attached to an assembly because inevitably it will change, and that is a normal part of editing.  She advised to never settle.  If a scene goes untouched and everyone thinks it is perfect, it probably needs to be scrutinised and in fact she makes a point of doing that!  She tries to stay open and humble and approaches every job as a learning experience.  She avoids becoming wedded to something so that she can be open to changing it.  You never know what can come out of trying things.  But having said that, she’ll fight hard for something if she knows it is the right call.

Deb showed us the unusually long for TV post-production schedule, important to have the time to fiddle and try things. And in the enviable situation of having a good collaborative relationship, it proved invaluable.

Approximately 50 people attended and I doubt if anyone went away disappointed. 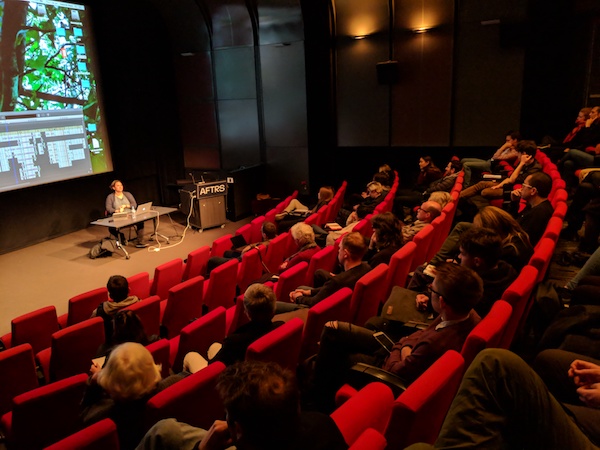 A huge thank you to Deb for her generous sharing of information and experience.

Editing 'Mystery Road - The Series' was all about making the cuts as “invisible” as possible, to let the world and performance take centre stage. Aside from the work done moulding and nurturing its landscape-rich aesthetic and “slow burn” pace was a need to tackle a very universal hurdle many of us Editors know all too well…wrangling the first 15 minutes.  This masterclass will focus not only on the overall process employed to bring the cut to life but will drill down into the layers of its opening minutes, starting back at the very first assembly through numerous versions to the final cut. It will be a chance to talk problem solving, examine restructures and the dreaded “killing of babies” with the ultimate goal of producing the best possible outcome.

We will be getting right into the guts of the cut so pre-watching episode 1 of the series (available for free on ABC iview) is essential as there will be no prescreening beforehand. During the presentation questions will be asked and will be encouraged throughout.