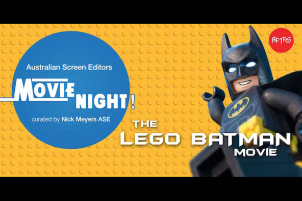 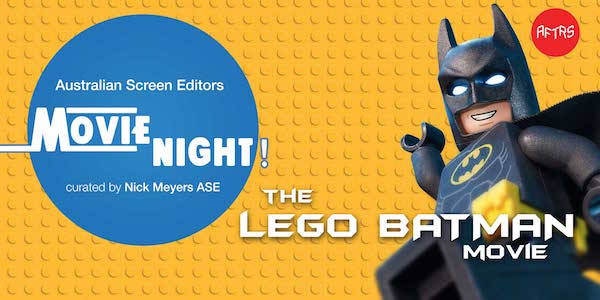 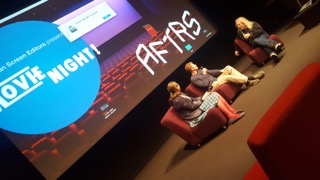 The film was a monster to make, Fiona called it a ‘monumental behemoth’,  just checking out the credits on IMDB in terms of animation and vfx will make you gasp.  Listed under post-production there are 15 Assistant Editors (crossing two countries)!   The budget was around 70-80 million, quite small for the genre apparently.   Matt and fellow Editor David Burrows and Fiona were on from the beginning, cutting at Animal Logic in Sydney.  Matt joined the post team originally for six weeks, that six weeks turned into two and a half years which is apparently quite short for an animation film of this size and scope, and throughout the entire time their hours were ridiculously long and gruelling.

The fascinating and fun thing about animation editing is that you have to actually create the scenes yourself including inventing and recording dialogue.  Some scenes in the film definitely had the Villa/Burrows stamp of humour if you ask me, although Matt doesn’t think any of their original dialogue survived. 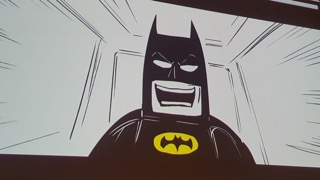 The process is that the Editors are given characters and concept and ‘this is what happens’ direction, whereupon the story and scenes are created by the Editors and the director who then give that to the storyboard artists who draw the frames, and then they are laid up in a timeline to see if the narrative and emotional arcs are working, The Editors start editing with the storyboards, which become rough animation AKA animatic (shooting successive sections of a storyboard and adding a soundtrack) and pre-viz. And then the Editors are cutting a mixture of all three elements, working on the timing and pacing – whilst recording their own voices – Matt, David and director, Chris McKay (talking to themselves and each other) creating the characters (can you imagine how much fun that would be?)  and developing the story as they go.

NB, they started with no script, yes, folks, no script at all – just ideas of what is going to happen but not how exactly...  This is also not uncommon for animated films, where the story traditionally develops through pictures as opposed to through words.

The pacing of the film is fast, the maximum pace you can get that the audience can follow, which is the style of the franchise - quick-witted and fast.  The entire animation film-making process is extremely  labour intensive, and the faster it is, the more shots are needed, and therefore the more intensive the work. Once the story has passed through the Editors, and is working narratively, then a cinematographer comes in and with the director designs the lighting and camera positions, how best to shoot and light the shots. They have many, many test screenings which is very good for judging what is working, particularly in terms of the comedy. 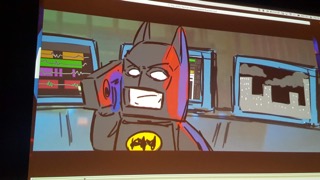 The film went through many many many incarnations before they settled on a script, but as there are no actors and therefore no schedule problems, and as the camera can be put anywhere you need it - ‘I need a close-up.’ ‘OK, I’ll draw you one’ – Matt said it was ‘incredibly liberating’ as an Editor to be able to make it up as you go along  - ‘Insert cool fight scene here’ - and very creatively challenging and rewarding.  Once the storyboards and previz becomes animation, it becomes very expensive to work with and make changes so the film is not properly animated until the very end.  Same goes with actors to record the characters' voices - expensive and left to the very end.  There was quite a bit of ad-lib with the actors, and then everything would be transcribed down to each breath and put into a database of words and yelps and sighs and breaths  - a monumental task.

Big Bang Sound did the sound design – 100% created from scratch.  Sound crew came on during the last eight months, tracking the cut as it changed, and the last few months a third Editor joined the team - Editor John Venzon who worked in LA.   So from this point the film was cut simultaneously in two countries – hence the huge list of post-production people in the credits!   Sequences and shots were going back and forth across the Pacific, sequences were animated then shots would come to Australia to be ingested and cut in and then sent back.  There were multi-versions of everything, and Fiona was the conduit for all of this, creating a mega database to keep track of everything.  For her the most important skills as an Assistant on such a project are precision and having a good memory.  The Editors' systems were mirrored and updated every half an hour and the director flew between the two countries.
Jenny Hicks
ASE Vice President

That's right, it's time for another ASE Movie Night!,
and this time we’re looking into the world of animation.

It's "The Lego Batman Movie".

Join us this school holidays as Matt Villa ASE shows us how he constructed this fun film.
Kids get in free… but then, so does everybody!