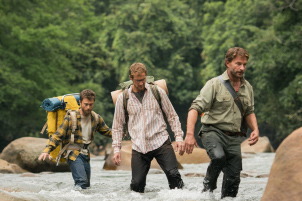 As part of the MIFF Accelerator Lab program, in association with  the ASE, attendees were invited to share time with Editor Sean Lahiff talking about his experiences editing Greg McLean’s latest feature 'Jungle'.

'Jungle' focuses on the true story of Yossi Ghinsberg who in 1981 decided to go an adventure to Bolivia, in part lured by the dreams of adventure.  He joins a motley crew of adventurers, but the backpacking journey goes horribly wrong and Yossi is left alone to fend for himself deep in the Amazon rainforest.

Moderated by Cindy Clarkson, the session ran for 90 minutes and featured an in-depth discussion on several aspects of editing. Here are some key points I took away from the discussion. 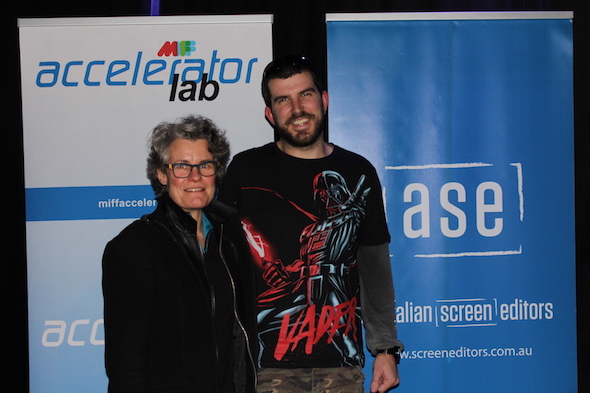 1. The Editor as part of the creative process.

Off the bat Sean spoke of how enormous a job editing a feature is. With his job starting first day of the shoot, which ran for about eight weeks, an important point was raised - that the Editor shouldn’t be quiet. A key role that the Editor can provide early on is to keep an eye out for any holes in the story. This can include suggesting coverage that can be shot to help plug continuity and plot holes. Once wrapped, there’s little chance of going back. Sean also noted that being in contact with continuity is critical as they can provide you with information about what was shot and how.

2. Think outside of the box to solve problems.

Scenes shot with the best of intentions can often drag. No matter how finely cut they are. The original opening of 'Jungle' was in Israel as we focused on Yossi’s life one year before, filling in character back story of how he got to where he was.  But test audiences wanted to get into the jungle ASAP.  Another factor was keeping the audience focused and not to get bored of so many jungle scenes with only one person on the screen. How could Yossi’s life in Israel be reused?  The solution was to introduce them as flashbacks, eg, cutting from slamming his bag on the ground in frustration to his father slamming the table in anger to bring us back a year and reveal a bit more about what kind of person is now stuck in a jungle.

The edit’s dynamics also shifted to reflect Yossi’s state of mind as time passes in the jungle - the cuts slowly becoming more and more erratic. The film has two fantasy scenes of Yossi's dreams as he becomes delirious.  Offbeat and surreal, these scenes were slickly cut in with matching action, such as glasses of champagne being poured on him cutting to bucketing rain. A key scene at the end of the film, where Yossi allows himself to get stung by fire ants to jolt himself awake, suffered from a lack of coverage to psychologically reflect the last-ditch attempt by a weak Yossi to make it to the river.  By repurposing footage, a blend of fantasy and flashbacks allowed us into Yossi’s state of mind and made a somewhat flat finale more horrifying and energetic. 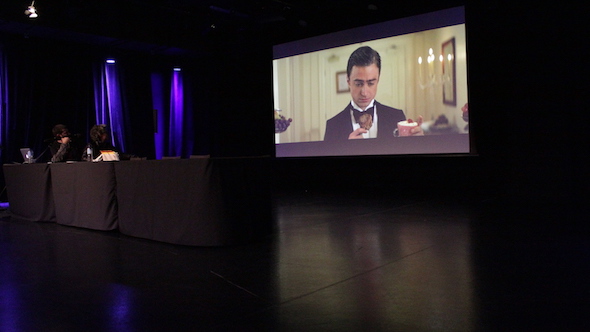 People tend to forget good editing can rely on sound just as much as vision. Sean and Greg spent time hunting through sound libraries to find temp sound tracks, and even recording additional V.O and other rough voice work to fill in gaps. One example was the scene where Yossi gets washed down the river.  Adding rough gasps of air as he went under, to be re-dubbed latter by Daniel Radcliffe, gave the scene gravitas. Sound also played a key part in transitions between the fantastical dream scenes and Yossi jolting back awake in the jungle.

While all sound is replaced when it reaches the sound edit, the Editor does ultimately help shape this aspect of the film by putting in their creative input as they cut.

4. How not to get lost in the jungle of a feature film.

Editing a feature with hours of coverage isn’t an easy task - as films are not shot in sequence, footage comes in piecemeal from all sorts of scenes. One mammoth task was the river scene which had a combination of drone, GoPro, key cameras and effects shots of Radcliffe in a water tank.  While there is some luxury of time on a feature compared to TV, the challenge was still there. Sean’s solution was to go by the script, one line at a time, breaking the elements down in his bins, to plot out a rough assembly of the sequence as it was scripted, and build on from there.

Being stuck in the one edit suite all day isn’t fun and can cause you to lose perspective of a film, so one trick Sean used was to take copies of the film on his phone and watch elsewhere like on the beach, or on his laptop at home on the couch.

Audience testing was also a critical part. As much polish as possible was done with temp scores, sound and VFX to give the test viewers the best possible experience. Showing pieces of the film to non-film people also helped broaden the type of feedback and give a bit of a reality check. 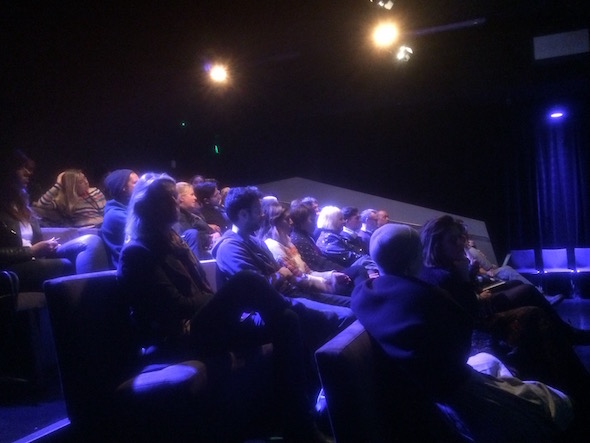 Overall, the session was a fantastic event to attend, with a solid number of working Editors in the audience, mixed in with students and participants of the Accelerator Lab program. Sean’s candid and frank discussion about the editing process of the film was well received and the audience was happy to throw out questions where needed.

I certainly look forward to seeing more of Sean’s work in the future.

Roll up! Roll up!  The Melbourne International Film Festival has released its program for 2017!         Check out the plethora of Aussie talent amongst the bevvie of international jewels.

This year's Editing Masterclass will be taken by Sean Lahiff, using Greg McLean’s latest, Jungle, as the subject of post-production discussion on all things creative.  As always there will be a Q&A, so it will be an interactive panel.

As a current ASE member you can purchase concession tickets - just make sure you have the ASE membership card with you when you rock up for the 90 minute session.  Seating is limited so get in quick!