Emily is currently the senior editor at Supercars, working in the television and content department. She is also currently cutting her first feature documentary 'Following the Flow' which is due for release in 2022. Her first short film was selected for screening at The Joy House Film Festival in late 2021.

Having been in the industry for nine years, she has worked on a number of programs including The Footy Show, The Cricket Show, 100% Footy, the Sunday Footy Show, Sports Sunday and Countdown to Kick-off.

Emily has brought special pieces to life for the live coverage of the Australian Open, Bathurst 1000, NRL and State of Origin, the cricket, NBL, netball.

She specialises in colour and feature pieces, combining her skills in editing, graphic design and animation to tell innovative, creative stories.

While working as an editor at Nine, Emily was also at NBN Television for two years in Newcastle as a Graphic Artist, Director's Assistant and Producer's Assistant on news, kids program So There! and the Melbourne Marathon.

Emily also worked as an editor on the core team for Optus Sport in 2016. This focused on the Premier League and FIFA events including the FIFA Confederations Cup 2017. 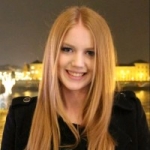 MEMBERSHIP DETAILS
State:
NSW
Membership type: Full
CREDITS
Should you wish to contact the above member please fill out the form below and hit send