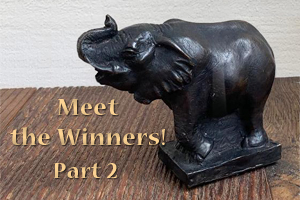 As a Zoom event Meet the Winners! Part 2 was again able to include Editors from around Australia in the audience and of course the Ellie winners on the panel - Western Australians Lawrie Silvestrin ASE and Nicholas Dunlop (Factual Entertainment Ellie - 'Don’t Stop the Music'; Victorians Sara Edwards (Documentary Ellie - 'Gatwick -  The Last Chance Hotel'), and Julie-Anne De Ruvo (Comedy Ellie - 'The Letdown')’ and from NSW, Riccy Felixberto (Reality Ellie - 'Lego Masters'). The far-ranging panel discussion was once again hosted by Simon Callow-Wright. 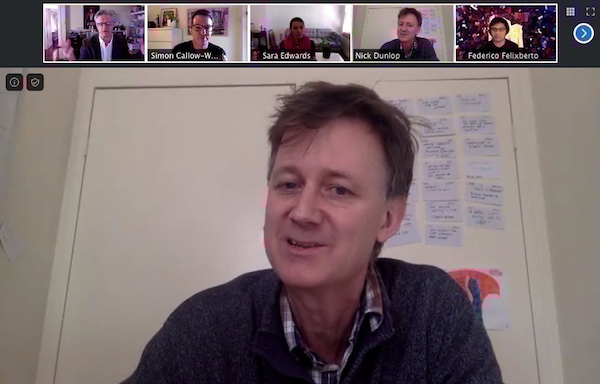 Simon started by asking Julie-Anne De Ruvo, Editor of motherhood comedy ‘The Letdown’, if editing comedy is  a bit like nurturing and looking after a child. Julie-Anne replied that she probably does use up all her maternal energy in nurturing her work. Starting with the rushes, Editors make the episode grow,  respond to what it is, stay with what’s unique, guiding but not being too dictatorial, sticking with the original intention and not getting waylaid when others chime in.
In editing comedy, Julie-Anne said it’s important to build from a small laugh to the main laugh - never use a joke that’s less funny than the one before it.  She flags what made her laugh when she first watched the rushes and tries to keep that. If she laughs every time she watches, she knows it’s working, but she also knows that if the test audience isn’t responding in the same way, then she still has work to do.  Julie-Anne added it’s important to let the actors guide the pace - not try to shoehorn their performance into predetermined pace or rhythm. She tries to edit great moments together in a way that feels organic and seamless. Julie-Anne tries not to become pigeonholed in her career, but wishes that businesses would take more risks and employ unknown Editors.

Sara Edwards was brought in to edit ‘Gatwick: The Last Chance Hotel’ after four years of filming.  During filming and the edit, the documentary’s story changed from documenting life at an iconic hotel to following the hotel’s fight to stay open and then what happened when it was bought and renovated by TV show ‘The Block’. Sara originally had five weeks to produce a 90-minute edit before she had to go to another job. Having done the logging and syncing herself allowed Sara to get across the footage and also re-engage with it when she returned six months later.  Sara found it useful to organise the footage into topics and timelines.
After the rough cut, the project was sold to the ABC which resulted in some pick-up shoots and re-edits. In particular, the ABC requested that Sara change her gentle introduction for a much edgier opening with the idea of grabbing the audience from the outset. Sara also enjoyed the unusual experience, for her, of working closely with the composer, Dmitri Golovko.

Riccy Felixberto loved the brief for ‘Lego Masters’, which is intended to be the ‘Deadpool’ of reality TV, taking the piss out of itself and the format. He was brought in quite early, became a consulting producer, helped the composers and even went into the field, interviewing contestants.  Riccy said a lot of work was done to get the balance right between poking fun at the tropes of reality TV while also taking the contestants and competition seriously and keeping the sponsors and broadcaster happy.  To get the audience in on the jokes, they developed tricks like lingering on shots or blatantly allowing cameras to enter the frame until it was obvious that this was part of the show and not mistakes.
Riccy said 16 cameras filming simultaneously meant there was lot of coverage, however it was often very difficult to find the exact moment or piece they needed. On the upside, as Lego blocks are pretty generic, it was possible to sneak in shots from other times and places to help create the story they wanted.
They had 8-10 weeks to cut episodes. The unusual format meant there was a lot of feedback, and Riccy said with their honing  the new format, the final cut turned out quite different to the original.

Lawrie Silverstrin ASE was able to establish the series style for the observational documentary  ‘Don’t Stop the Music’ before having to go to another job, which is when Nick Dunlop took over, inheriting what he described as “beautifully crafted scenes”. It ended up being an 11-month edit for three 1-hour episodes, which was way beyond the original schedule. The project went through five different commissioning editors and some major reformatting. With all the feedback from the many stakeholders, Nick found it best to be agnostic and tried everything that was suggested. While he takes pride in his work, it was not his project so he was less emotionally involved in sticking to a particular structure. Nick said with such beautiful material, he was certain they would create a great show no matter who ‘won’.
Lawrie talked about how even on multi-camera shoots there can be problems getting coverage as many cam ops try to capture everything and forget that there are other cameras in the room. Lawrie wishes they would stop waving cameras around and constantly moving to different angles after two  seconds. Nick added that an advantage of a single camera shoot is that the DOP knows exactly what’s in the can.

Simon asked what it means to win an Ellie. Julie-Anne said Ellies are special because they are judged by other Editors, so your work is validated by people who know what went into it. Lawrie values the sense of community created by the awards, helping far-flung Editors being included in the national community. He added that judging the awards keeps him on his toes after seeing the kind of work being done around the country.  Nick enjoyed being in the same room with other Editors, particularly all the discussions before and after the presentation.  Lawrie added that as Editors tend to be collaborative, and not so competitive, their focus is more on the joy of the work. Sara also enjoyed the feeling of mateship and that everyone is just so supportive of each other. Nick said awards make a difference to your career and can also give confidence. 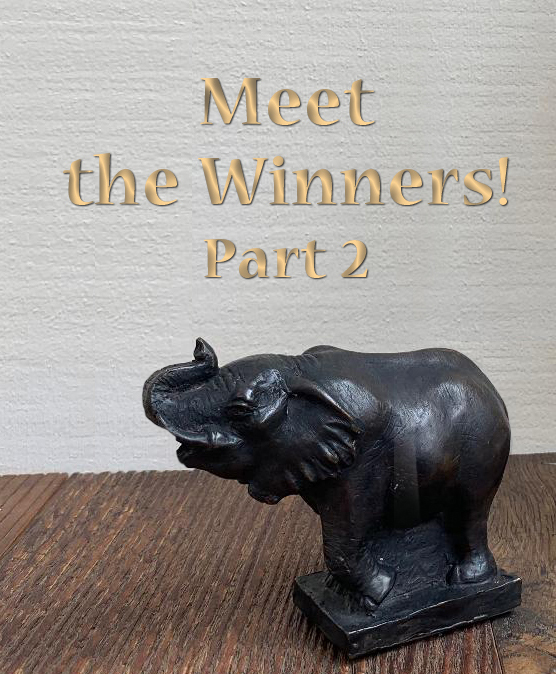 After the success of Part 1, the ASE is proud to present a second panel discussion
with Ellie winners from all over Australia who will be gathering online
to discuss their award-winning works and all things editing.

The line-up for Meet the Winners! Part 2 is:

The panel discussion will be moderated by Simon Callow-Wright.

This will be an ASE Members-only Zoom event.
To attend, email office@screeneditors.com.au by Thursday 14 May.