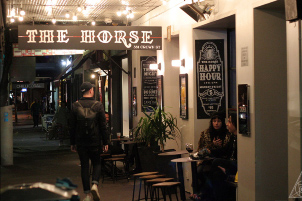 Sally noted that the three Editors are at different stages of their careers - Bill with 30-something years experience, Katrina with about 20 years and Peter with around 10 years. They discussed their early careers and how they got their start in editing drama.  After starting out as a news and current affairs Editor, Bill worked as a sound mixer in TV dramas which gave him foot in the door for drama editing. Bill recommends starting out in news as you get a lot of experience very fast. Katrina worked as an Assistant and Assembly Editor, then got her break in editing on "All Saints" when the director decided to shake up the program's post system.  Peter worked in factual and documentary, gradually getting more and more drama jobs, including TV and two features. Peter said drama Editors are like old elephants, they don't die, so it's difficult to get into editing drama, and then hard to make a living as the work offered at the beginning is often patchy and short-term. 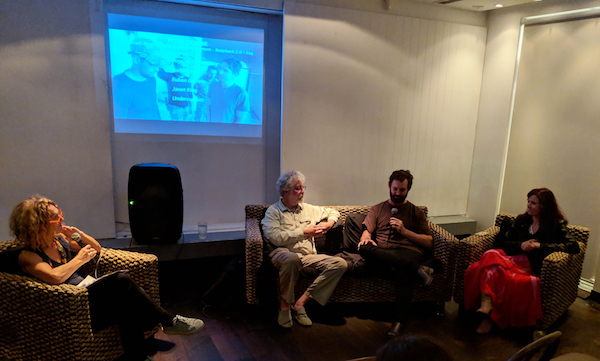 "Killer Cop" was the third version of the Roger Rogerson story that Bill has edited with the same director, Michael Jenkins. After their first screening they were told "it's not commercial but it's really good." Of course they still received many notes from many sources.  Bill found it useful to read between the lines to try and figure out what was really wanted. Bill said he and Michael stuck to their high standards but they also listened to other contributors, and Bill believes this collaborative process improved the edit.

On his three episodes of 'Body Hack 2.0' Peter worked with the series producer and the post-producer, as the director was  sending rushes back from the field, and didn't attend the edit.  Peter likes the freeness of factual and documentary editing but also enjoys the discipline of drama editing. He often has a more creative say in documentary and factual jobs, but finds drama schedules easier, with less pressure and more time. When faced with hours of rushes, Peter sorts them into days, scenes and moments. He then concentrates on editing one moment or 'beat' at a time and in this way gradually builds a scene. This means he doesn't have to try and deal with the sometimes hours of rushes for the scene, but just the footage of that particular moment.

Katrina had cut a few projects for the 'Concern for Welfare' director, Fadia Abboud, and they had become friends. Indeed, during the edit Fadia looked after Katrina's young twins while Katrina worked in another room. At the start of a job, Katrina makes a point of discussing her process with new directors and producers so that they don't panic when the first edit looks bad. She goes through the rushes, "bashes out" an assembly then goes back and starts chipping at it.  Katrina's discovered, however, that usually directors and producers just want to know if they filmed enough coverage, and that you're on top of the job. 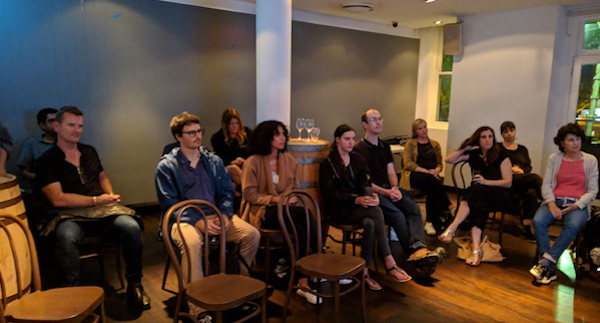 The group discussed the difficulty of moving from Assistant to Editor now that the two roles are so different, and often aren't even in the same room. Tightening schedules and increasing shooting ratios mean there's rarely time for training as the Assistants and Editors are usually flat out. There's simply less money the industry, a situation that's unlikely to improve without government support. Bill worries that the next generation of Editors, working alone in their homes, may never be exposed professional scrutiny and feedback, or develop professional skills and practices as they would be in formal training environments.

As workloads increase, they have all worked out routines to balance work and family life. On "Concern for Welfare" Katrina arranged to stretch the two weeks of editing time over three weeks. Katrina doesn't work long days and always takes a month off between intense TV network jobs. During "Killer Cop" Bill was living in Sydney, not at home in Canberra, and found himself working longer hours as he wasn't returning to his family each night. Bill feels very fortunate that during his early career his wife found a way to work from home. Peter makes a point of leaving work by 6pm and has trained himself to get his work done by then. There was a general consensus that there's usually little value to "bothering" an edit until the wee hours. It's often more productive to leave on time and come back fresh the next morning.

The discussion moved to the dangers of trying to perfect a scene at the start of the edit, including wasting time, and becoming too precious about the edit and not seeing alternatives. As Bill said, something that's not perfect "leaves the possibility for more possibility." The advice was to "trust the system" and yourself - that although for a long time the edit is going to be crap, the routines and experience you've developed mean that it will come good. Bill raised Karen Pearlman's theory that intuition develops with experience - your intuition after 20 years of editing will be more informed than it was after 10 years experience.

Sally asked about the use of music now that even temp screenings are expected to have a full score. 'Concern for Welfare' composer Kyls Burtland came onboard when they were close to lock. Kyls, who was present, said Katrina and the director didn't give much direction but instead a list of adjectives, which she found very helpful. Peter says in factual TV they're given certain tracks, but of course composed music is always better. Sarah Blasko wrote songs for 'Ruben Guthrie'. Peter would send her a scene, she'd write a song for it, then Peter would then recut the scene around her song.  In 'Killer Cop' Bill organised a casual lunch with Michael Jenkins and the composer, John Gray, where Michael mentioned a music idea he'd had for a particular scene. The composer happened to have a piece along those lines from another project. Bill used the original as temp music while the composer wrote a new version. Bill says this kind of collaboration is the most exciting part of editing.

In 1995 Bill tried to enter 'Blue Murder' into the AFI Awards, but they had no category for editing. Bill has been a judge for the Ellies so he appreciates how complicated it is to judge editing. He says that what goes onscreen usually doesn't reveal the depth of collaboration beneath it.

Thank you to all of the winners and to Jane and Sally for being so generous with their time and expertise. As usual, it's impossible to do these wonderful events justice in an article. So if you want to know the full story (including the juicy details) come along to the next event in your area, and also do a little networking. 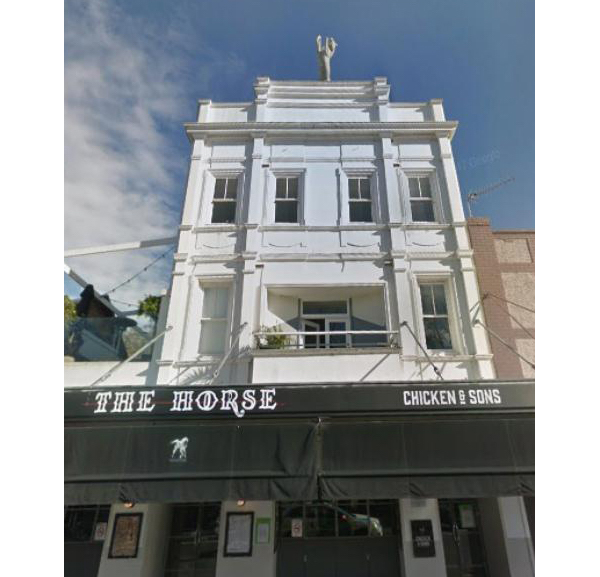 Meet the Winners - The Sequel

After the success of the first night, the ASE brings you round two,
with Sally Fryer ASE chatting to three more winners from the 2018 Ellies -

(Look for the horse on the roof, then head upstairs
to the room with the balcony overlooking the street.)

Come early and grab yourself some dinner and drinks -
you can bring them upstairs with you.

RSVP to rsvp@screeneditors.com.au, or just rock up on the night!