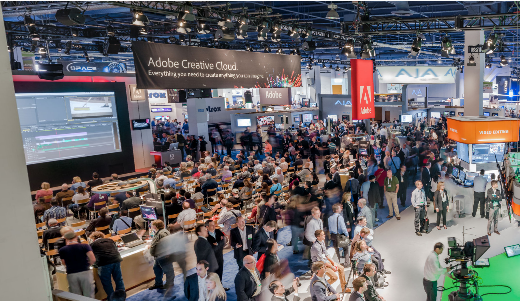 Editing and video content creation workflows are about to get easier, with major updates coming soon to the Adobe Creative Cloud video apps.

These new features, expected to ship in the next coming months, are designed to make everyday tasks easier and faster, enabling video professionals to create stunning content more efficiently. Key updates include timesaving editorial features in Premiere Pro CC, such as live Text Templates that let users edit text in After Effects CC directly in Premiere Pro CC, ability to autosave to Creative Cloud, a new Masking and tracking feature for accurate masks that blur moving faces, and the new Master Clip effect in Premiere Pro and Speedgrade whereby changing an effect to the original clip can ripple through all its instances. Creative Cloud will also see Typekit integration, providing users with free access to thousands of fonts worth $30,000. To get more information on Creative Cloud, click here.

At NAB Adobe is also unveiling new features for Adobe Anywhere, allowing teams to work together with centralised media and assets, making it possible for remote editors, motion graphic artists and producers to work jointly on a project from virtually anywhere. Check out how United uses it here.

To stay up-to-date with cutting-edge features constantly being rolled out, come along to any of our online or in-person events, and hear from Adobe experts on how to remove friction from the creative process to make your work more productive, connected and mobile. Join Adobe’s Solutions Consultants in live weekly eSeminars every Tuesday, 12pm – 1pm. Register here.

Create Now – coming soon to a city near you

If you haven’t already migrated to Creative Cloud and you would like to find out more,  our Create Now Roadshow will be held in Sydney on July 16, Melbourne on August 12, Brisbane on September 16and Auckland on September 18. This full-day, catered event will showcase the latest and greatest in creative software, and also feature an inspirational keynote from Matt Jackson, founder of The Affectors and recent speaker at TEDx Sydney. For the experienced users, we are holding a deep-dive Masterclass into web, design, video and digital publishing, in Sydney on July 17, Melbourne on August 11, Brisbane on September 1h and Auckland on September 18. Get a thorough overview of new features, and learn how to do everyday tasks faster with expert training from our team of Solution Consultants and guest speakers.  More information can be found here.