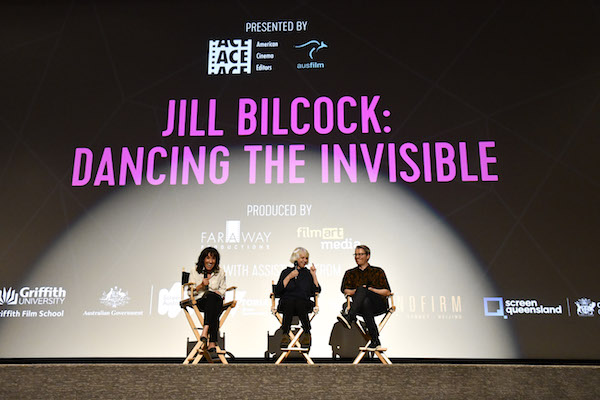 In October, on the way to an International Film Editors Forum in Cologne, I stopped by in LA to attend the West Coast Premiere of our very own Axel Grigor’s film about the acclaimed Aussie Editor Jill Bilcock ASE, ACE at the Harmony Gold Cinema. The screening was sponsored by Ausfilm and The American Cinema Editors, and followed by a Q&A with Axel and Jill, then drinks and mixing it with the Aussies in LA.The film was co-produced by Axel and Iranian/Australian filmmaker Faramarz K-Rahber. It was a shock to learn that Faramarz was denied entry to the US and unable to attend due to his Iranian heritage, despite having been in the US previously and being an Australian citizen.

The Q&A after the film was moderated by Bobbie O’Steen who was clearly overawed by Jill’s talent, starting the session by saying: “Your inspiration,  talent and your vision all this... I'm repeating myself, it… You’re such an inspiration to your colleagues.”

Axel explained that a big reason he was drawn to leave his home in Sweden to study at film school in Australia was the films Jill had a hand in in the '90s, that he'd managed to find YouTube.

Part of Jill's approach is her boldness and fierceness, which she attributed her mother who was a very powerful and innovative woman, fighting for equal pay, and who became the first female head mistress of a co-ed college.

Jill discussed her early career, when there was no real Australian Film Industry in Australia, when Australians were swamped with American films, and she was offered a job in London. She was 18 and decided to visit India on the way there. She stayed a year, then rocked up for the job in London, which of course was no longer there. Jill went to China to make a documentary when it wasn't open to the public  and then had journalists hounding her for the footage. She attributes her acute observations of people to her extensive travels.

Jill explained she started as a person that told stories through vision because she was an art student and didn't necessarily listen to the words that much to start with, it was all about the shapes, the movement, and then she realised, sometimes script. She admitted she never really reads the script, that the Assistant deals with the nuts and bolts of that, and that her biggest tip was “to make your First Assistant the best friend of the director's assistant – they find out everything”. 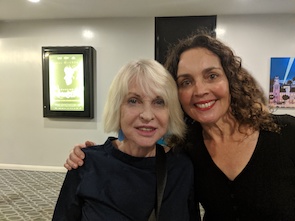 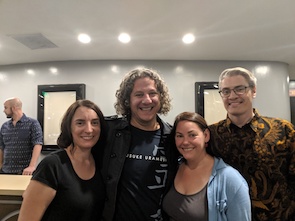 After the discussion, it felt like being at home, with so many Aussie voices in the room. I chatted with an Editor I hadn’t seen for 30 years, and she said she was close to tears. Seeing those great Aussie films made her homesick, despite having been home recently.