A Conversation With Bob Blasdall – Qld 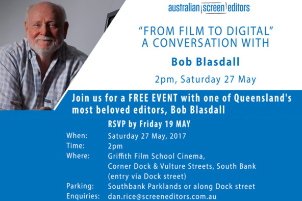 A Conversation with Bob Blasdall

On Saturday the 27th of May the ASE hosted a retrospective of one of Australia's most experienced Editors, Bob Blasdall. Taking place at the Griffith Film School Theatre, he spoke with Queensland ASE committee member and ABC Editor Lisa Domrow, and was joined by an audience jam-packed with industry legends.

Following the story of Bob’s fascinating career, the attendees travelled from the early seventies, learning what it was like cutting 16mm and 35mm film for news broadcast, through to the digital age, cutting what is perhaps Australia’s greatest ever reality export, the Steve Irwin - Crocodile Hunter series. Along the way, we explored numerous television commercials (including the now infamous Brisbane Bitter commercial), feature films, and documentaries in Bob's extremely versatile credits. Most notable was the famous 1988 tape-to-tape edited multi-screen epic, Celebration of a Nation.  This artistic and technical achievement was seen by a third of the entire Australian population at the time.

Bob lived up to his reputation for telling gripping yarns, delighting the crowd with amusing anecdotes of the productions, the editing process, and the numerous people he has worked with and mentored over the years. By the end of the event, the audience was left with an appreciation for how the editing process has evolved over the years from cutting on film, tape and now digital. 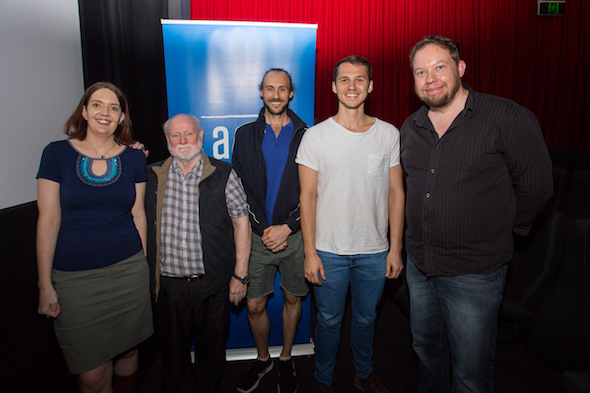 Very special thanks to Bob for taking the time out to come along and spin a yarn. We all learned something new about the golden age of the QLD screen industry. Thank you to the Griffith Film School for once again sharing their beautiful cinema with us. Finally, thank you to Simon Smith & Lisa Domrow for really putting this event together, Stewart Tyrell for the event photography and videography (stay tuned for an upload of the event) and Judy Yeh for ensuring the cinema ran without a hitch. 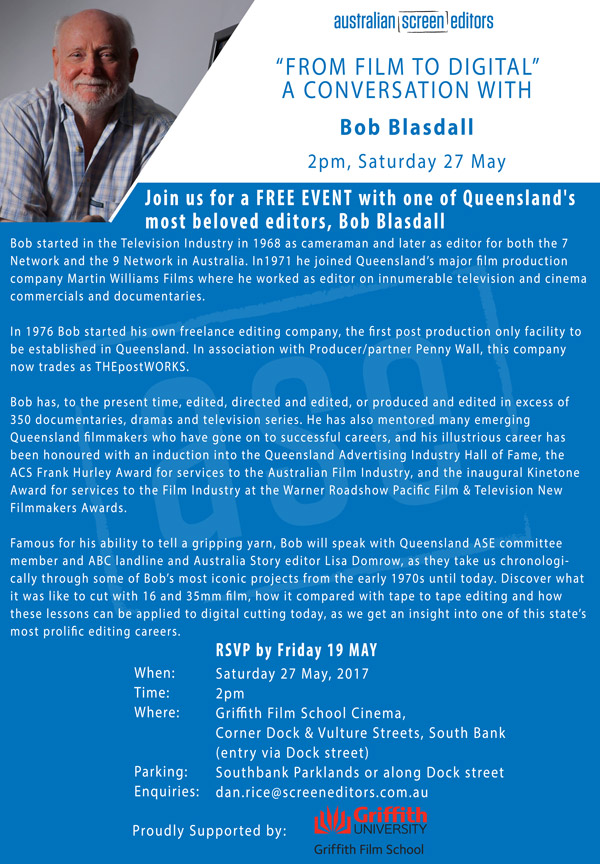