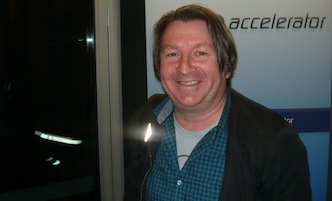 That's how I would describe Mark Atkin's editing master class presented as part of this years Melbourne International Film Festival.

A sold out crowd was treated to an hour and a half of insight and secrets from one of Australia's most in-demand film and television editors. Highlights for me were Mark's passionate proclamation identifying editing as a craft unique to cinema, where all the other departments in the process had a history and base in other creative fields, editing was created for and exists only to service film-making. Also, Mark's dissection of his award winning work in the first Episode of The Slap was fascinating for both the experienced and not so experienced film makers in the audience.

A major treat for the audience was viewing some early stage edits of Glitch, and the ensuing discussion about how and why the edit evolved the way it did to the final version.
Mark co-edited the the opening night film of the festival, Paul Cox's Force of Destiny, and he shared his experiences of working with a director who's lingering coverage style, differs from his experience with other directors. This opened up into a broader conversation about coverage and the pros and cons relating to how coverage affects and influences the decisions and options available to the editor.

Mark also spoke at length on the editing process as an extension of the writing process. Especially in the documentary format. And how his experience with writing has helped him to shape and structure narrative in the cutting room.

All in all, the event could have lasted another hour or so, as evidenced by the long queue people lining to ask Mark follow up questions in the foyer after it.
I offered to drive him back to work so I could ask him questions without interruptions !!!
Special thanks to Cindy Clarkson for MCing the event and to MIFF for again supporting the ASE through it's master class series. 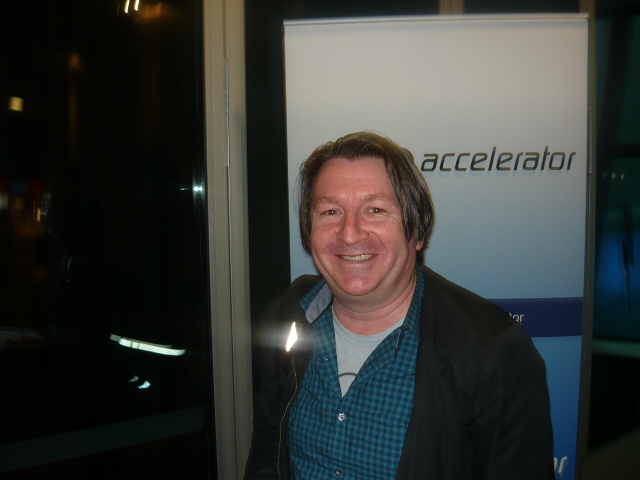 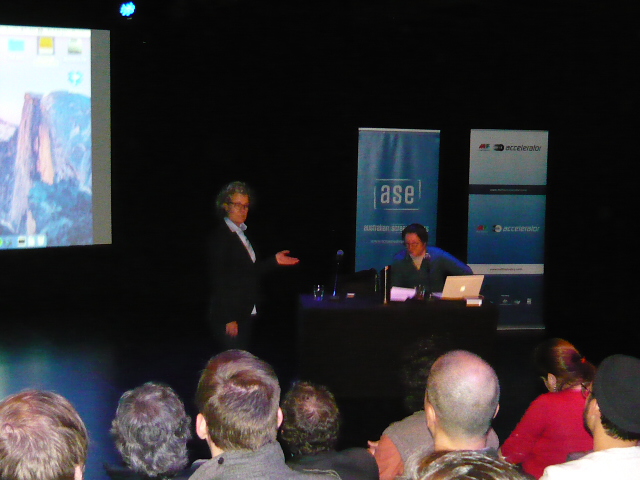 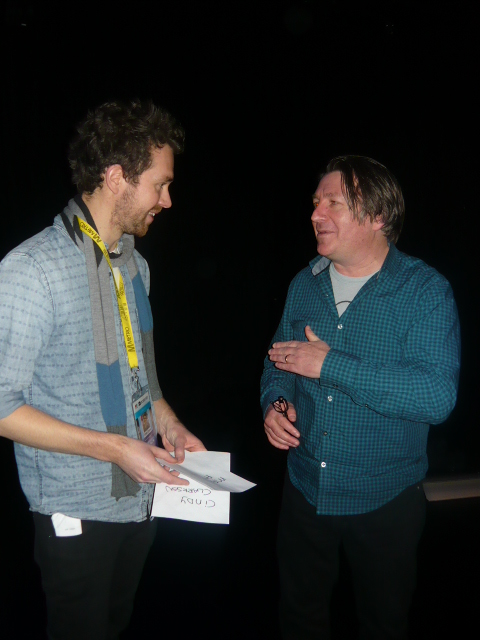