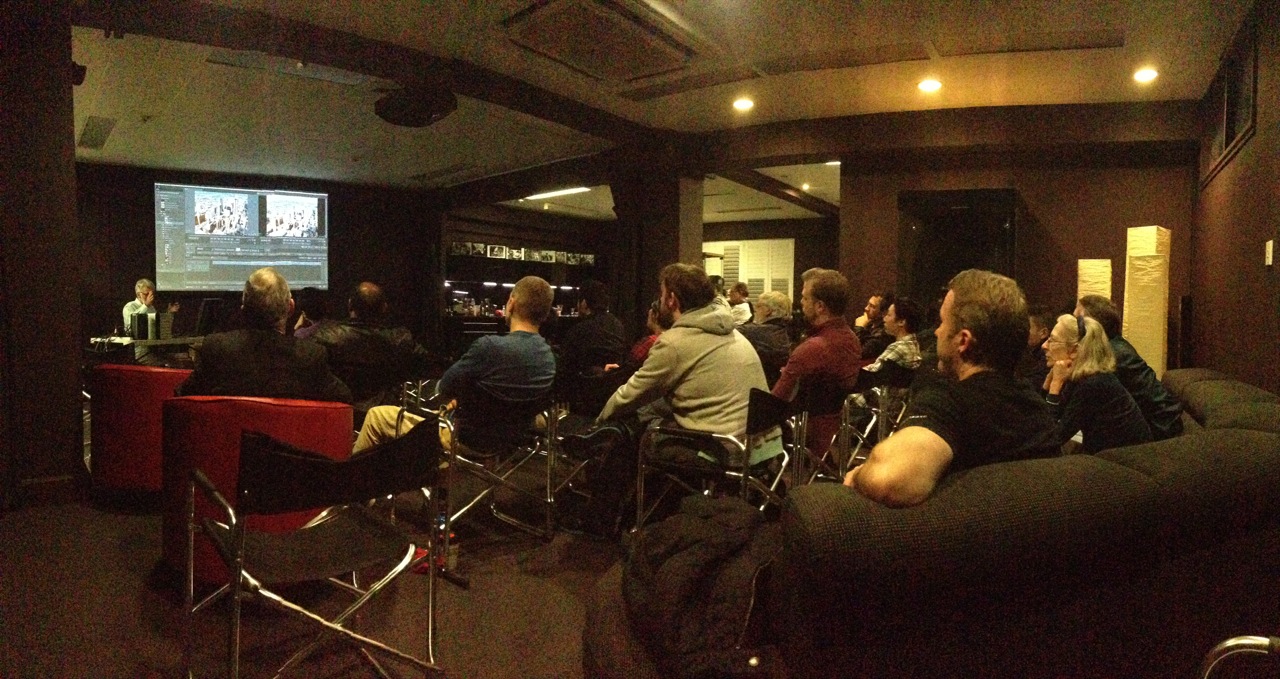 So here I am. It’s Wednesday night, it’s pretty fresh outside and I’m in a nondescript building tucked away in North Sydney peering into glass cabinets. All I can see in this place is loads of gizmos & other assorted camera bits & bobs from a time gone by. Light meters, lenses, tripods, photos and cameras. Lots of cameras. Basically all kinds of brilliant analogue and mechanical geek-ory that will open up the inner nerd in anyone.

Everything in these cabinets has a story and past of its own. All these old cameras would’ve captured some sunsets and the odd sunrise, a few waves in the ocean or a city skyline at night. They will have certainly caught some great acting moments and built a career or two. And also seen some not so great acting moments that had a director say “lets go again”.

I just wanna pick the locks, grab a duffle bag and go dust off some 16 and 35mm film cans and shoot something, anything. Bring it all back on a Monday morning with a bottle of sav blanc and an anonymous thank you letter.

Unfortunately those at the ACS would most likely hunt me down and use one of these old oaf-like tripods to beat me to a pulp. So I’ll just carry on to my seat in the 3rd row for the real reason I’m at the ACS cubby house tonight.

The company that makes this fine piece of software has got Rob O’Neill in the hot seat and along for the ride are a few other faces from Autodesk, Con & Dean and also one Charles Amyot, who has travelled from Canada to help launch both Smoke & Flame 2015 in Australia & New Zealand.

So time for a quick history lesson for folks that don’t know.

Smoke has always been an online & finishing tool for film, tv & commercial content. It historically would run on Linux OS & relevant hardware systems and has been a staple in all modern scale post production facilities around the globe for a long time.

Then in 2010/11, some boffins inside Autodesk decided to launch it so it would run on a Mac. A master stroke. It was around this time that they also incorporated offline editing capabilities into the software, to team up with its existing FX, graphics, compositing and finishing duties. Smoke 2015 is basically 80% of Flame’s tools & architecture with an offline editor bundled in for the ride. So you can finish, composite, offline edit, add 3D text & graphics and also add simple or complex FX all inside the one program.

But tonight is all about the editing side of things. Rob starts by showing us what it can do and Smoke definitely offers a smart and intuitive interface that is easy to use. If you’ve ever seen the interface for this or other Autodesk programs, they have a great palette of almost old school mechanical push button controls. It has every editing tool you have in other non linear editing systems plus a few special tricks and tools all of its on. Its screen layout is standard with a timeline down below and source & record windows up top. Your media bins are floating although are normally located to the left of all that.

Rob takes us through a few more basics. How to get media in and move it around. Smoke can read QT’s straight from finder and you can just drag and drop them into bins from there. We are also shown how to create a timeline, make basic edits, how to speed a shot up, how to apply a dissolve, how to keyframe. Rob also shows how Smoke can apply FX in different view modes. You have a node based workflow or a schematic style keyframe view. We then see the new trim function. Anyone that edits in Avid will be right at home here. It is excellent. Rob also shows us how to use the more advanced FX features like 3D tracking and also how to do a simple screen replacement shot and mask a foreground element at the same time.

Smoke and other such bundled editing systems do offer up a conundrum of sorts for the modern day editor. Where’s the line between offline editing, VFX, motion design, finishing & compositing? An offline editor in 2014 has many more technical responsibilities in terms of early sound design, temp grading, exports, sourcing temp media off the web, multi-grouping, general sound prep, back end data & media management and also simple through to complex temp FX. If you have an assistant or two then they can take care of the lions share of all these duties. On a job where you don’t have an assistant, you are flat out staying on top of your workload. And after all these technical responsibilities are resolved you can actually “edit” your rushes.

New technology is always enabling more and more to be done in the one program and also any adjoining programs, and you now have a much broader technical role than an editor did 5 - 15 years ago. That’s even before we talk about the exponential explosion in rushes/camera media that you can now expect on all jobs. The death of analogue 16 & 35mm film has also included the death of the shoot ratio and one could sometimes argue, rigorous forward thought in the production stage.

The role of the offline editor, VFX seat, motion designer, colourist/online editor and the compositor were and in the majority of cases depending on where you live in the industry, are still very much considered 3 or even 4 distinct skill sets. The blending of these roles can occur on some jobs more than on others. For me, when possible & applicable I’m happy to temp an FX shot or show a simple rig removal that will be handled by a VFX seat later on. Nothing too involved although if you can give “the jist” of it in the offline, it’s a good thing and folks can be happy and get a sense of what the finished product will look like. It’s very important to remember that all these extra things you can do (although an asset of yours) take time and normally “fiddly time”.

Is this a good thing ? The blending of roles ? We’ll it’s not good or bad. It’s just the way that technology is taking us all really isn’t it. And something we must all anticipate may happen as time rolls on. Are we a fan of this at the ASE. Hmmm that depends. We’re only a fan if the time or extra people are allowed for, and budgeted accordingly & accurately. Both in a time/hours sense and also in a dollar/rate sense. We are definitely not fans of editors having to walk out of edit suites at 9 & 10pm every night to accommodate poor understanding of workflows and no allowances for the time and the money to reflect it.

If you aren’t being paid for wearing 2 or even 3 hats whilst sitting in a single seat then that’s a problem for you whether you are aware of it or not. And I’m afraid the jokes on you. Think about it.

At the ASE were fans of the craft of editing and were committed to addressing & supporting what editors are dealing with day to day. The value in what a strong picture editor can bring to a job in terms of narrative structure understanding, broad technical experience, disposition, aptitude and creativity is massive. And priceless.

During the course of the night the guys from Autodesk answer a range of questions about how the software works and what it can do. Charles technical knowledge is excellent and between him and everyone else, they easily answer anything thrown at them.

So if you are an offline editor who wants a new editing weapon on the rack, then I strongly suggest you take a look at Smoke 2015. It’s intuitive, powerful and is built on the back of a very strong reputation for delivering great content creation software. Or if like me, you’re an offline picture editor firstly who sometimes wants options in the seat that are beyond your non linear editor’s reach and want to dabble in a more complex FX shot, then definitely take a good long look. And lastly if you’re an editor who likes to offline, online, grade, do VFX, picture finish, and work on the polio vaccine whilst on your lunch break then you’ll never need anything else but Smoke.

So if you’re an editor in any capacity, this Smoke 2015 software is something mighty indeed.

Autodesk are offering a subscription service via their website like many other software vendors at the moment. It’s a great way to dip your toe in for a short job of a month or two, where u have some room to push through the learning phase and get acquainted with it.

I’ve used some of Autodesk’s software in the past and I think it’s really good stuff. And frankly the world and especially Australia at the moment needs more good things and a lot less un-good things. 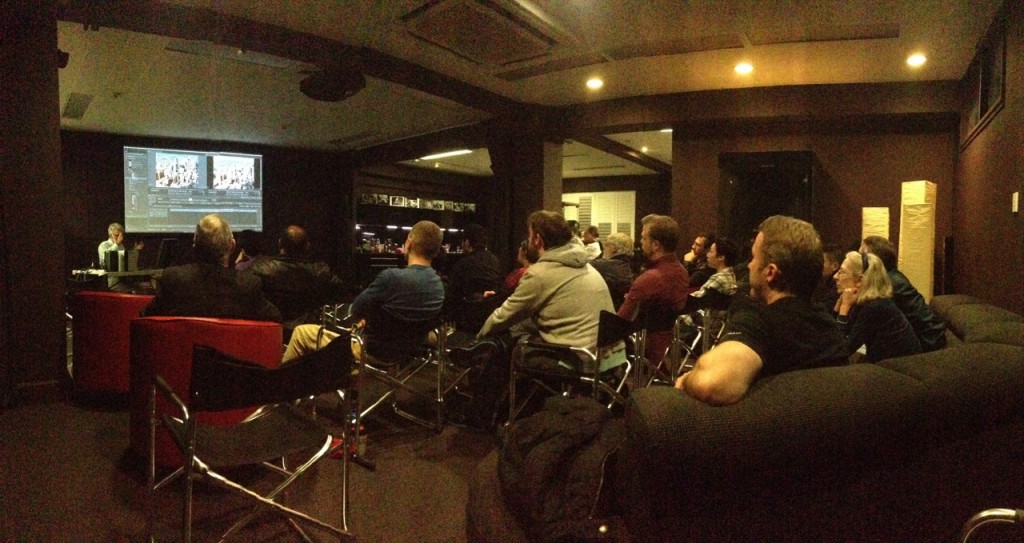 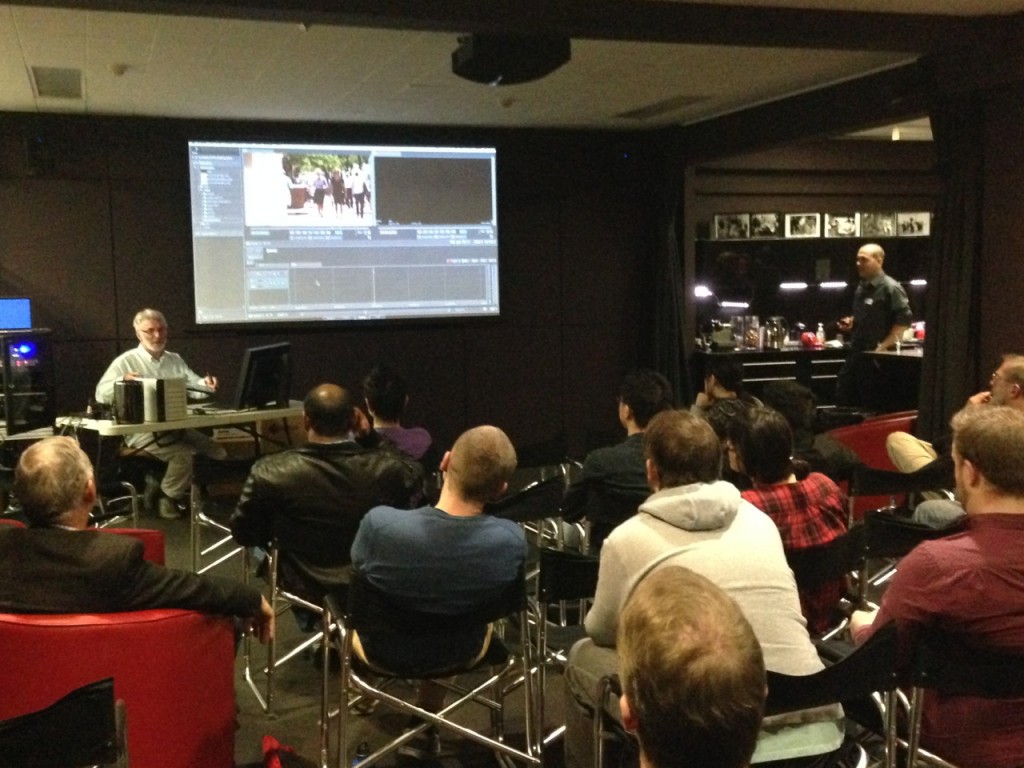 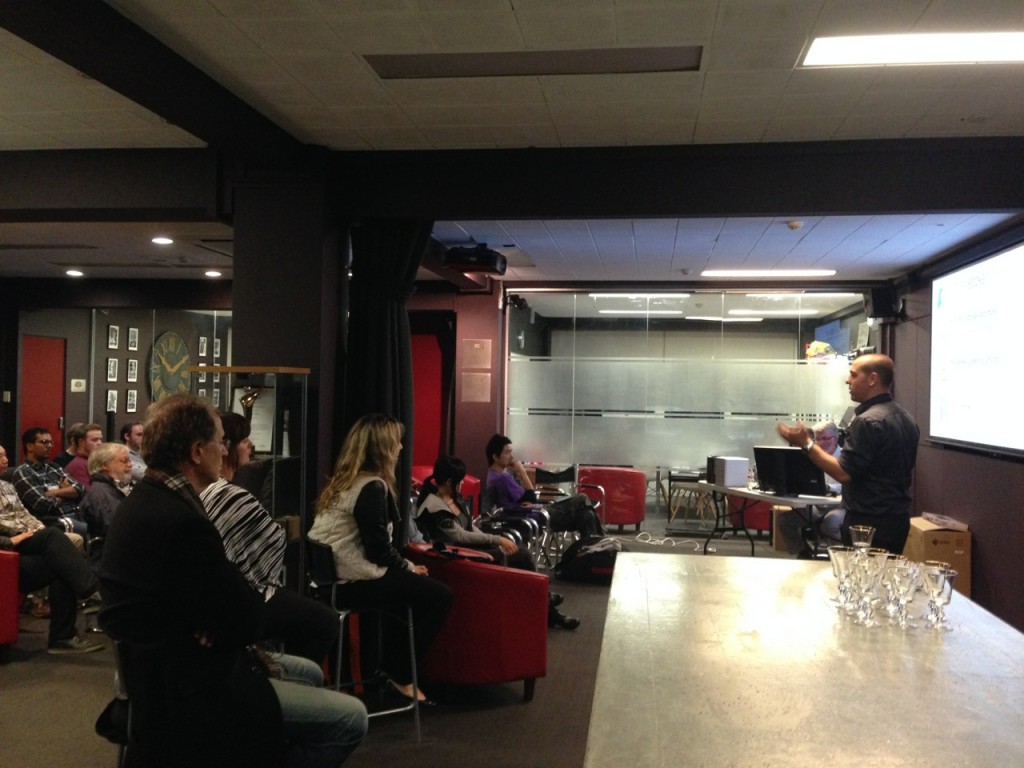