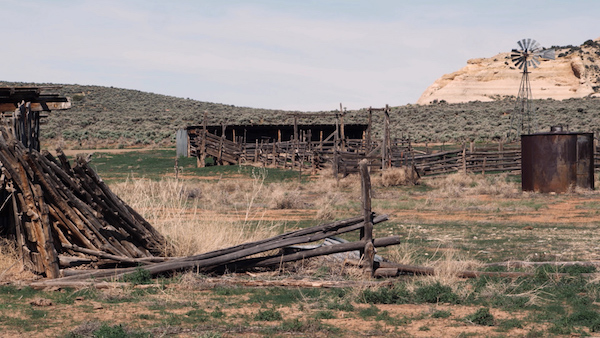 Editing off-grid – Get out of the room.

It was about the time I pulled up in the ute, sweltering and swearing under the Scenic Hill repeaters that I started to reconsider the sanity of editing off the grid.  An hour before I drove 3km down a dirt track, parked up unsuccessfully at Millfield searching for 4G connection,  drove onto Cessnock bought a SIM Card at Aldi,  ran out of their mobile quota trying to get it activated, staggered into McDonalds attempting to take advantage of their odiously named ‘McFry Internet’ which was neither free nor available according to the barista on pre-teen wages.  More on that later.

It’s a romantic notion to go bush to get some of that weird ‘in the zone ‘editing that only comes from staring at a screen with no interruptions.  We all do it in the city but try doing it in the fresh air when every time you lift your eyes you see long distance, landscape, sky and time passing. Writers' retreats were invented for a good purpose.  Artists set up their easels on the coastline to see what they painted but also to feel it.

Productivity and inspiration abound, and for an Editor it can only be a matter of a solid power supply via a generator (we bought our Honda 1200 secondhand for about 1,000 clams) and something to keep the rain off.

You could be in a caravan, a granny flat, a verandah or a decent piece of corrugated iron fixed properly.  You won’t be able to edit if it’s pouring rain, not because of the lack of shelter but the sound of it.  That’s where headphone can help.  You might need a mosquito net if you’re doing it in the summer fly season.

If you are going far away make a good list before you head off, include all the gear you use in your edit, plus some odd cables. Don’t forget a table and chair. Or petrol.  Consider an IPS, which acts like a stopgap battery when you run out of fuel. This will happen at around the seventh hour. That means you have enough time to run down the hill to where you’ve put the generator to keep it out of earshot, run back to grab the funnel you forgot and fill it up before your computer dies.

Solar would be excellent but forget it.  Doesn’t give you the power you need to run two screens, a computer, a laptop, a few drives and the bits and bobs you didn’t realize you couldn’t live without.  You’ll use about $7 of petrol a day.

Try to set up for longer than a day, as you will need to nest in for about a couple of hours before you really hunker down to edit.  You get better at this, and if you bring the actual edit suite and drives that you always use you don’t take long to get going.

The only hitch is the upload.  The delivery.  If you need to send a cut as a file or even a large project anywhere, you will be tangling with the Malcolm’s Glorious World of NBN.

After an enormous amount of research I can recommend you forget public libraries, McDonalds, ‘free’ wi-fi promises and anything in anybody else’s house.  Drive to the road or to the nearest town and do it with 4G.  Upload speeds are almost as fast as download.  1 GB in 10 minutes.  The problem is the cost of data.  You can buy a data card from ALDI for $100 for 20 GB to be used over a year.  Or chew up your monthly data mobile phone limit by tethering it to your computer.

Or drive home.  Hmm, not sure I’ve sold this very well but there is something about the air, the disconnection and just you and a computer and some rushes that unclutters the mind.  It’s a step up on the tried and true method of going to the dunny to have a fresh idea.

Kind of interested? Start with a fold-up table and an extension cord down the back yard or on the balcony and see how it goes.  Outside.  Bring a hammock for the director.