When someone asks me to edit a film, I get the script and give it a read. With experience, you begin to see what might be problematic or redundant when it comes to finally getting down to cutting. I’m also a big believer in first impressions - "You don’t get a second chance to make a first impression," so I always make detailed notes when reading and give the producer and director a few pages of notes that always come with the disclaimer that, “It's better to get it all out there now, before it's too damn late to do anything about it when we’re in the edit." 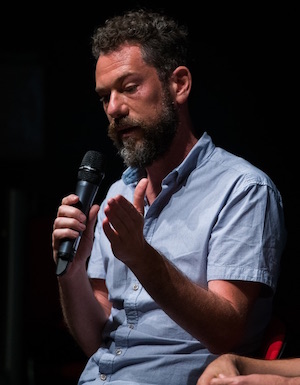 Normally I don’t like to cut assemblies in the traditional sense when I can get away with it.  Rather, I assemble a scene of separate timelines and rework them, probably coming back to  them a few times until I think it’s working well and then insert in the main timeline.  This means that at any time we can go back earlier versions of individual scenes. So, I go straight into the Editor's cut, looking at everything that was shot and ignoring the ‘print takes’ for now. When filming is finished, it becomes a bit more complex, with doing Editor's cuts of scenes in the morning and director's cuts with the director in the afternoons.

We’re constantly racing the clock and I’m always suggesting ways to speed up the process while still allowing time to really break down the takes early on. Normally I have around 10 weeks to cut a feature and we always go over by a couple weeks or more.  I think 'Hounds' was 13 weeks offline all up at Siamese in Perth, with the odd late night and day on the weekend.

I've learnt to really process and breakdown the rushes at the beginning. It takes some time, but pays off later tenfold. To quote director Ben Young, “Merlin watches all the rushes religiously then grades them in categories. Gold. Good. Okay. Crap. We try to cut only from gold, then move our way down the categories if we get stuck.”  This is of course subjective to my eye and intuition, but reminding yourself about how you first reacted to the performances is a great place to start, as you soon begin to lose subjectivity in the days and weeks that follow.  In working with the director, I stand up for my reasoning behind the grading of takes, but aim to work as collaboratively as possible in holding or swapping out takes for whatever reason we’re dealing with.

Music is super important to my process, especially for larger projects, so I like to create a playlist that I essentially play over and over in the background while going through the footage and watching the sequences. Personally, I hold off as long as I can before ‘sticking’ music to the film.  I find that the fluidity of this process encourages happy mistakes with syncing of different moments to different tracks.  It encourages flexibility and change which is great at this early stage.  Besides, any Editor knows how annoying it is when cutting to have music on the timeline slowing down that editing process. In the end I have a music playlist that has detailed notes about where tracks work, the emotions each track gives me and an overall star rating (all in iTunes).  Unless there is music specifically written into a scene I’ll keep it out all through the director's cut until we’re getting ready to screen it to the producer or others.  We were lucky enough to get a few tracks from the composer, Dan Luscombe, by this point anyway, so it was great to put those into the film for screening purposes.  Also we were again lucky to have the resources to have some great sourced music for the film and placed them out pretty evenly to create a balance.  The producer, Melissa Kelly, said that, “Any savings, no matter how small, in any department was reallocated to licensed music until we eventually had enough to cover the fees,” and we went over durations a lot to make sure we didn’t go over budget.  In the end the tracks seemed to find a way to elevate those sequences above a straight sequence or montage and make it into something much more iconic.

“As far as frustrated sound designers go, Merlin makes an okay Editor,” Ben often joked and true enough I’m normally very controlling over the sound.  We came up with the idea that we should push the dog metaphors in the film which resulted in sounds and instruments that had ‘growling’ qualities. I design and craft the sound as any other part in the film, visual or otherwise.  Another idea was that sounds of airplanes could link the proximity of the locations, which helped the narrative. When I attended the mix, I was happily surprised that a bit of the sound I had sourced (which I always make sure is creative commons) ended up in the final film.

(Merlin's Timeline from 'Hounds of Love')

Our director’s rough cut was three hours long which was a blessing and curse in equal measure.  I do like having lots to work with (as you most often get a better result as a process of culling) but that also takes time.. time to cut/create and time to cut down. The way that Ben and the cinematographer Mick McDermott covered the action allowed for a lot of long real time scenes. They overlapped action as much as they could and from as many viewpoints and sizes as possible. Of this, Ben said, “For me POV, what our characters know and don’t know, is critical in creating tension. I like to shoot multiple points of view then decide on who’s to go with in post,”  and, “..high frame rates are about creating tone, not about stylising action. In principle I tend to use them at times when an audience will be less likely to notice them and more likely to feel them.”  So both of those things resulted in a longer rough cut, which we began to pick apart and delete eagerly and pretty quickly.  Ben and I had been friends for many years, but we’d never worked together.  Having that friendship and ease of communication to the point where we could really suggest anything without the other taking it ‘the wrong way’ was a big advantage during the cut.

Ben said, “Everyone knows films tend to have three acts, or four if you break the second into two. When I write I break the acts into sequences. Two in act 1, four in act 2 and two in act 3. Each sequence has a three-act structure of its own, posing a question or setting a character's objective within it. As I write with this structure I figured I might as well direct to this style too. Myself and DP Michael McDermott came up with a set of rules for each sequence that would best serve the story within it. In order for the audience to follow the various threads, we worked hard to develop a transition between each sequence to give the audience a chance to breathe and reset for what comes next. It also allowed us to develop a visual structure that revolved with the characters fluidly because it had been planned.” Ben had discussed this with me before I started cutting, so I made sure we stayed with that structure in our edit and that we continually timed out each section to make sure we weren't too over or under length in any one section. It helped create the feeling that we were creating eight short films all strung together.  In the end when people have said of the film, “I didn’t know what might happen next," I think they are referring directly to this structure carried through from the script.

It became pretty obvious halfway into cutting that Evelyn (Emma Booth) was taking centre stage. We always knew that her character had the most character-based changes in the film, and that they took place pretty quickly.  I was always thinking about how we could show her journey as believably as possible. So at one point during the filming I called Ben on set (never a fun thing to do) and asked that he try and pick up a small moment with Evelyn again as I felt the character should have been sad, rather than just numb at this particular early moment in the film when she was first alone with Vicki (Ashleigh Cummings).

We had one glaringly obvious problem with the start of the film - it was well...boring after the opener and until Vicki meets John and Evelyn White. We had cut this part down as much as we could but it was still very pedestrian. Ben told me that, “The first draft of the script opened with the Whites committing a murder. Some people felt strongly that wouldn’t work as it would alienate the audience. In order to get the film financed, I frustratingly compiled and removed the scene. When we got into the edit we realised the first 15 minutes were about an upper-middle-class girl who’s a bit sad because her parents had split up. It was total kitchen sink and stank. It felt like 'Home and Away' with swearing. We realised then we needed a murder. Without it, there wasn’t any tension when Vicki got into the car because we were unaware of what the Whites were capable of. We used deleted scenes and recycled footage, alternative takes and tail-ends of clips to create basically "the continuation of the murder" of the first girl. We managed to cut this together in the last week (week 13) of the edit, and when we screened the film on the Thursday to a fresh viewer before Friday lockoff, she cried at the end. I think we knew we had pulled it off in the nick of time at that viewing.

For my part, more and more I edit in a way that is expected, but try and ‘show’ in a way that is unexpected. I’ve heard some people call the film a little long, but undeniably tense. For me, the slow deliberate pacing helps build that tension. The strength of this film is in holding that gaze on the performers and they don’t let down in their performances.  Any violence in the film is mostly shown on these faces and not so much on the acts.  From the script, trusted in the performances to take the audience to ‘that place’, and everything that we did supported that. It was a ballsy move, but then again what else should you do on a low budget film? I believe the film's success is a testament to that. 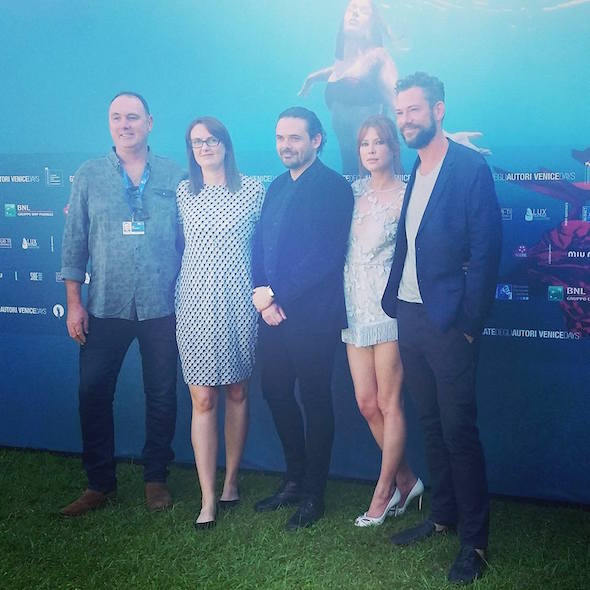