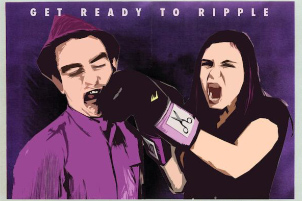 It may have been cold and wet outside, but there was nothing but warmth at Digistor for the return of Edit Royale 2018.

Once again, the sold-out event pitted five young Editors against each other in a battle for best edit in a 2 hour period. Each had the same set of rushes with a choice of 3 unique music tracks, all provided by Audio Network.

Gabriel Robinson, Luey Conway, Andy Finn, Lillian Wang and Pete Ward were relaxed but focused as they explored the material and began to cut. 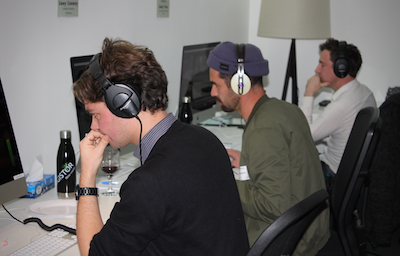 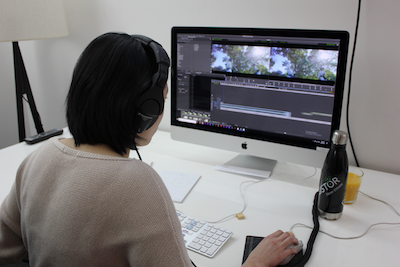 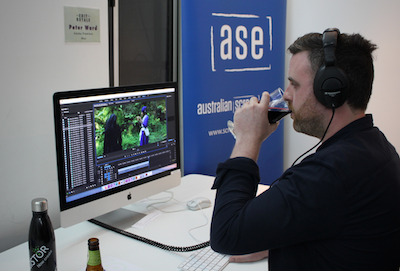 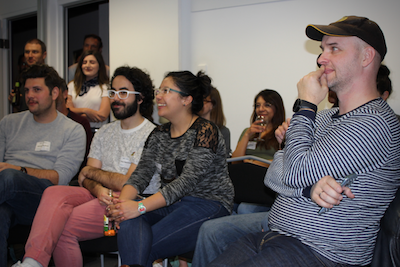 Digistor ran a live stream of the event on their website, and Greg Taylor and Tim Hadwen ably managed the impressive set up to ensure an entertaining night for all. Also returning, Andrea Lang ASE and Christine Cheung were wonderful hosts for the evening. Scott Walmsley had a chat with Alison Myers about her award nominated music video for L-Fresh the Lion’s ‘1 in 100,000’ which was the source of the rushes used for the competition, thanks to L-Fresh and director Alex Weltlinger. There were some great questions from the audience about Alison’s approach. Last year’s winner Marlena Ianni also came along to offer her tips to this year’s contestants. 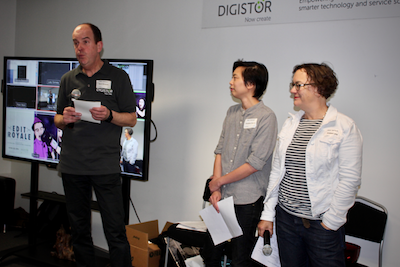 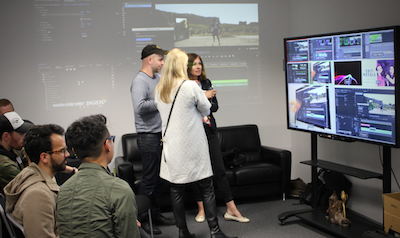 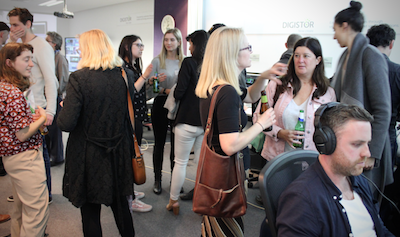 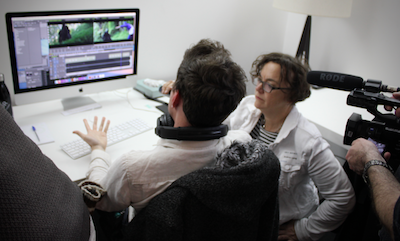 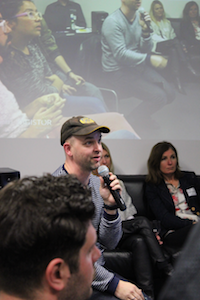 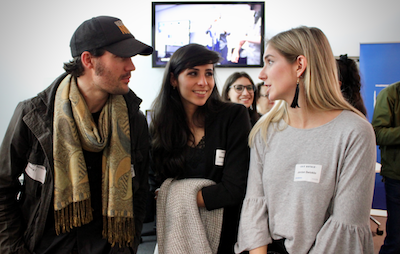 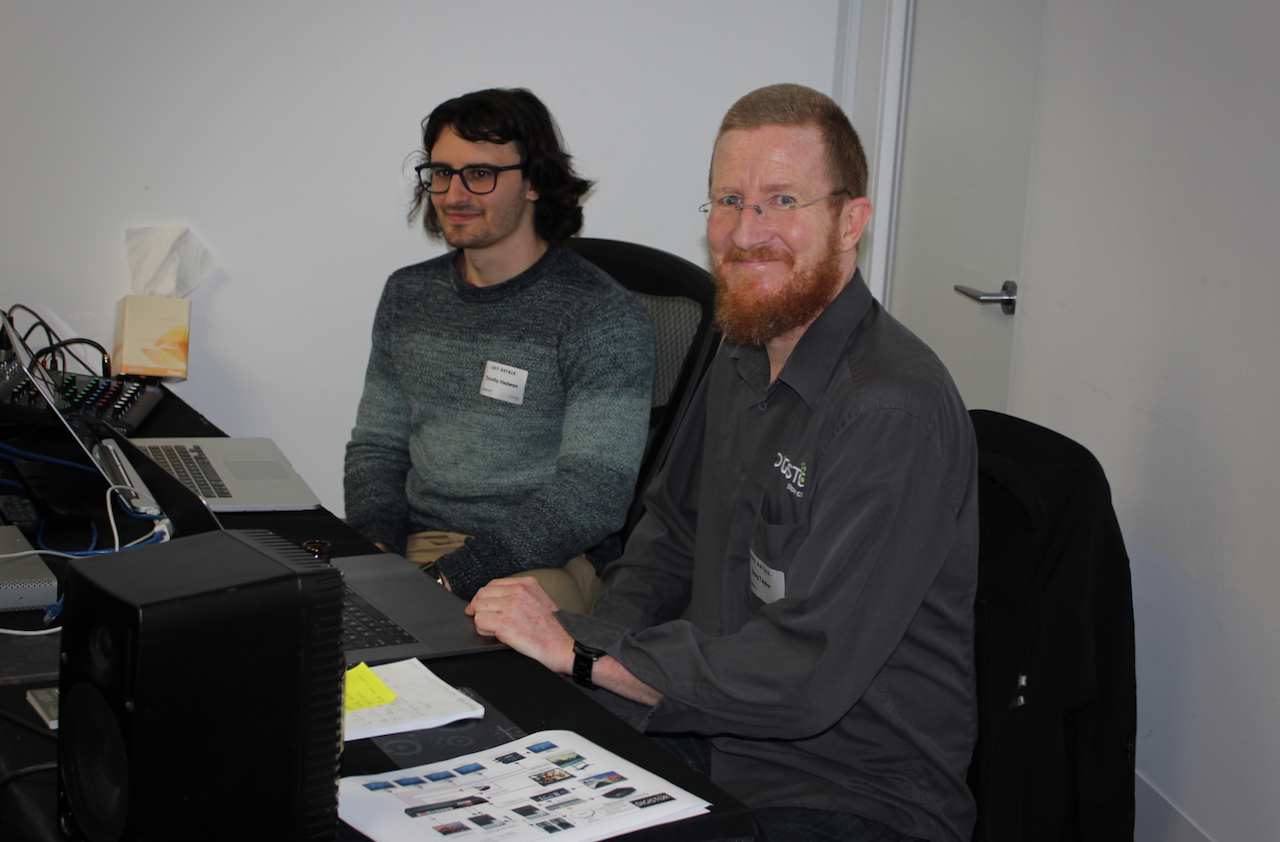 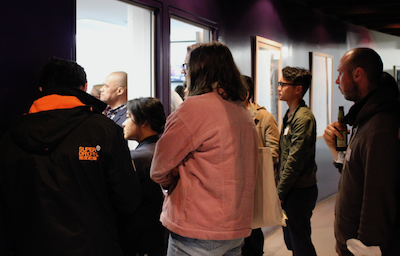 We had some incredible lucky door prizes on offer, and the lucky recipients were Katherine Williamson (G Tech 1TB hard drive courtesy of Digistor), Milena Goncalez (Media Composer Ultimate courtesy of Avid) and Jennifer Montenegro (All the cool stuff in Premiere Pro bible courtesy of Adobe). 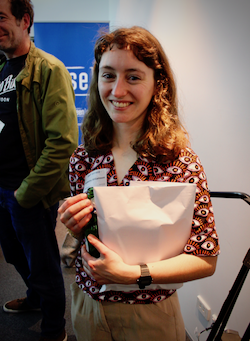 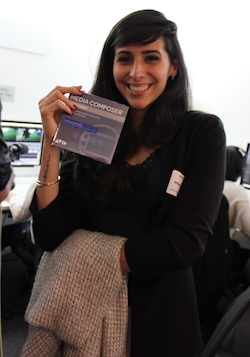 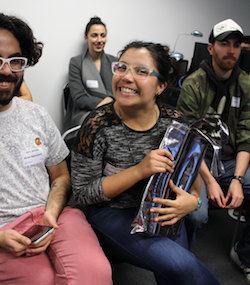 When time was up for the editors, all five cuts were screened and Pete Ward was awarded the coveted golden scissors for his work. Congratulations to Pete, and to all of the contestants for their impressive work under the spotlight. 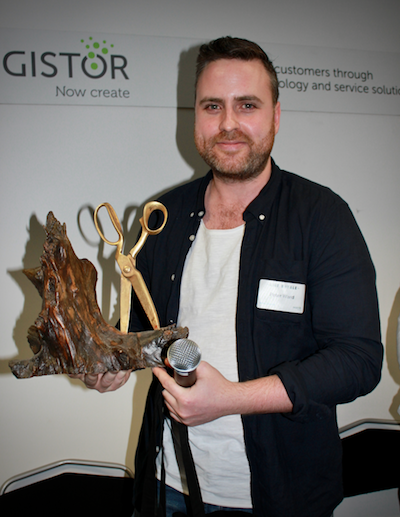 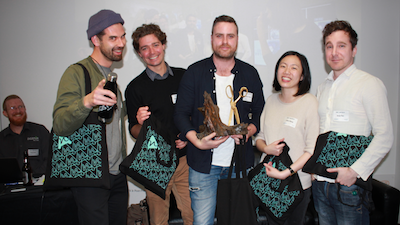 Speaking to the contestants after the event, here are some of their comments:

Luey Conway: “Sufficiently well stocked bucket of booze, good pizza, great vibes and no technical hiccups. It felt like you had to bring the heat in the edit too! Loved it! I’ll be back next year to try to claim the scissors for a night.”

Lillian Wang: “I had a lot of fun! It was nice when a couple of peeps told me they liked mine and also the cherry on top was I made a few new friends.”

Andy Finn:  “I kind of forgot I was meant to be competing and was treating it like a personal challenge. I wanted to deliver something that I could look at and think 'Yeah, not bad!". Some of my ideas worked, some of them sadly really did not. And that's the nature of the beast I think, with only two hours you just got to roll with it. Make a decision, stick to it, and move on. Catching up and chatting with the other contestants afterwards was probably the highlight of the evening. We had a few drinks, and quite a few laughs. They're all good, fun people!”

Gabriel Robinson: “I thought the night was fantastic, lots of fun, met some great people and a really awesome party atmosphere. It was nerve-raking at first, but everyone there really put me at my ease. It was very interesting seeing how other editing professionals work (as it's usually a fairly solitary role), and also I realized my sensibilities gravitate more towards finding a story than focusing on editing visual techniques.”

And from our winner, Pete Ward: “I really enjoyed the event and it found it was a really good sharpener for my cutting skills. I wish I could have spent more time meeting some other Editors and watching their technique, but sweating it out on stage was fun too. Looking forward to next year!”

If you'd like a recap on all the night's action, you can watch on-line at www.digistor.com.au/editroyale, where you can also view the competitors' final edits. 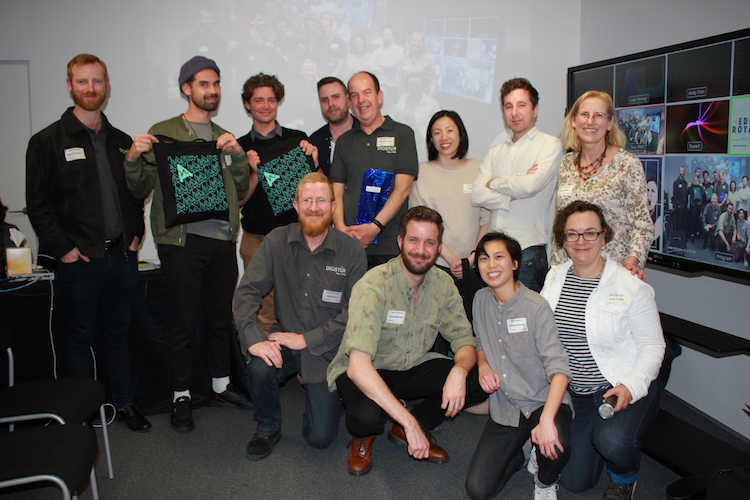 Huge thanks to Mark Richards and the whole team at Digistor for partnering with us once again, for their technical vision, and for feeding and watering us all.

Thanks also to Heidi Tobin at Videocraft, Jon Barrie at Adobe, Karen Eastmure at Avid and Ruth, Tamsin and Wes at Audio Network for your generous support.

The event wouldn’t have been possible without the help of the wonderful ASE committee, especially Scott, Alison, Adrian, Orly and Luke.

We all had a great night, so sharpen your tools for Edit Royale 2019!

And a huge thanks to Danielle, the dynamo who did the bulk of the organising  on behalf of the ASE. 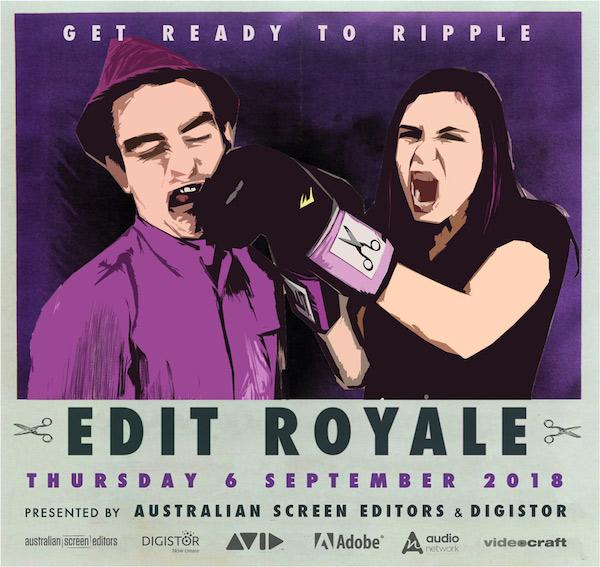 The 2017 event was sold out, a huge success and great fun!
Get in on the action this year!

If you missed all the fun last year, you can see the highlights here -
Edit Royale 2017 Highlights