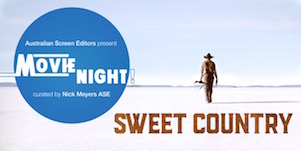 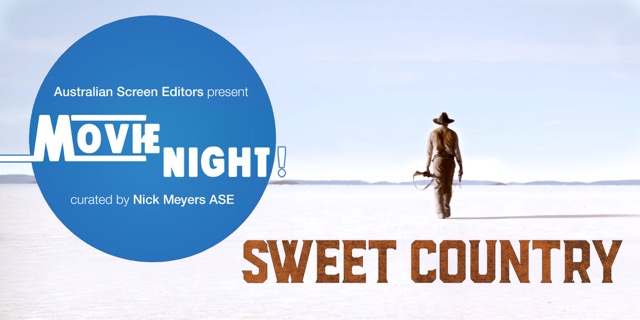 NICK: I'll start by answering the question that everyone wants to ask:

The answer is yes! But not as many.

NICK: The question is were the flashbacks planned in the script? The answer is yes, but not as many as there are in the final film.

NICK: First I have to go back in time, to when I became involved in the project. Warwick was very busy, and I was on another movie, so we couldn’t meet, just talk on the phone, and Warwick talked about two main things that I remember. One was the pace, and Warwick said look it's going to be slow, out there, in the desert, in Alice Springs, it's really hot. It's so hot you can't move and you can't even think, and if you think "oh, I better get up and walk over there” it's so hot, it takes a long time between the thought forming in your head and before you can be bothered to get up. Then maybe you think about it again, and then finally you get up and walk over. And that's the sort of pace we're after.

The other thing he said was, and this is Warwick talking:

"Well the story is good but we could flesh out some of the characters with this idea I have about flashbacks. Like when Harry March the soldier meets Fred, It’d be interesting if just as they meet, there's some flash! And we see him drunk and crying and miserable, and we know he's a messed up guy, and then we come back to them. Yeah, so that's what we'll do, we’ll have some flashbacks, and… and… maybe some flash-forwards!, Yeah why not? Why don't we have some flash-forwards too, what the heck! Alright good one Nick, see you up there!”

And that was pretty much it!

NICK: I have to tell you (excited) the film was shot in 4 weeks, which is pretty incredible really. 6-day weeks, and out of that four weeks, they lost 2 days to weather, so they shot the whole film in 22 days, which is even more incredible!

NICK: I thought it would be useful tonight to unpack the way those flash-forwards evolved, from just three little shots to covering the whole film.

What you see here is most of the edits that we did and exported,

I’ve gone through and marked the flashes with yellow, so you can see where they are, and get a sense of how they evolved.

As Warwick said, the purpose of the flashbacks was to add something to the characters.

You see them, the characters, and then you see something of them, and we can use the term "flashback" and or “flash-forward”, but they're just flashes. Flashes inside, some of them. And because Warwick opened it up by saying “could be flash back, could be flash-forward", the whole canvas was opened up. Some of the subsequent ones were flashes into the soul, really, into people's fears and desires.

Weirdly the three scripted flashes are for the two antagonists, and as Warwick wanted, they ad complexity by softening them, making them more human. You could say there’s a selfish aspect to this in that Warwick wants his film to be better, but giving these moments to the white-fellas seems incredibly generous to me.

NICK: When I think about Sweet Country, and how the edit progressed, what were the main things that changed?

Well, there was the beginning, the middle and the end (laughter).

I know that sounds like a bad joke, but in reality, while I don't think a whole lot changed, there were three areas that did keep changing and were tricky to get right, and they were:

The very beginning with the tea boiling, that took quite a while.

The very end where Fred walks off;

And there was the structure of the man-hunt, which I'll talk about later.

One night during the shoot, Warwick announced: "The film’s going to start with a billy boiling, and the black tea goes into the pot and the white sugar goes in, it's all boiling and then there's going to be fighting, two guys fighting, maybe Sam and Archie…"

It sounded a bit strange, but strange is interesting.

NICK: The thing we found working with Warwick, is that less is more, and if something's not working it will be simplified and stripped back, if not dropped altogether. So eventually the fighting guys came out; you didn't see them you just heard them, and of course less angles on the kettle.

Simplification, and simple solutions, that was a key to it and that became pretty much the key to most things as we went through the film.

NICK: People liked the idea of the flashes, but given there were only 3, there needed to be a few more. So keeping with the idea of having them as character intros, we started working along those lines.

(SHOWS CLIPS of flashes from version 2)

Fred’s comes right after Harry’s in that first scene, to cement the concept of the flashes, make them an obvious part of the film language.

And when Philomac says he didn’t steal a melon, there’s a flash showing that he did! This was the first of our “contradictory” flashes. They’re like lie-detector flashes, the inner twitch of conscience.

We only added these two in the second pass. I'm not sure why it took such a long time, but it just does; it's a process.

But the more we put them in the more people wanted them.

AUDIENCE: Hey Nick, can I ask a question? I noticed that there are lots of shots of grass though the film and then at the end there were flowers. Was that constructed, or did it come about by chance?

NICK: To be honest, I don't know if it was a plan or not, but I would say Warwick was aware of it, I’d say that when he framed that last scene with flowers he knew what he was doing.

AUDIENCE: I really picked up on the grass. I thought Warwick was saying, “This is the Grass Roots of Aboriginal culture”

NICK: I didn't realise, to be honest, but it's a good point. There’s definite themes of earth, cos you notice the white guys never got off the porch, they just stand on the edges and just piss from them or, spit from them, or yell out orders from them, but they very rarely get down and get their feet on the earth.