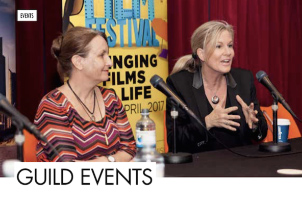 ASE Qld in conjunction with the Gold Coast Film Festival hosted a behind the scenes panel on the 12th April with some of the key players from the ABC and Ludo’s "Bluey". The panel was comprised of Line Producer Sam Moor, Animation Director Richard Jeffery, Senior Animator Lisa Hack, Animation Rigger and Character Designer Trudi Monteath, and hosted by Qld ASE Committee Member Stewart Tyrrell.
The night was a fascinating insight for the audience to take a look inside ABC iView’s most watched series in its history. The Ludo team took us through the complete episode journey from script to screen with terrific examples of each stage of the process, along with how each step and process informs and affects another. Quite an amazing all-locally produced production with a fabulously talented extended family behind the scenes producing an incredible 52 episodes in 52 weeks. A great night had by all! 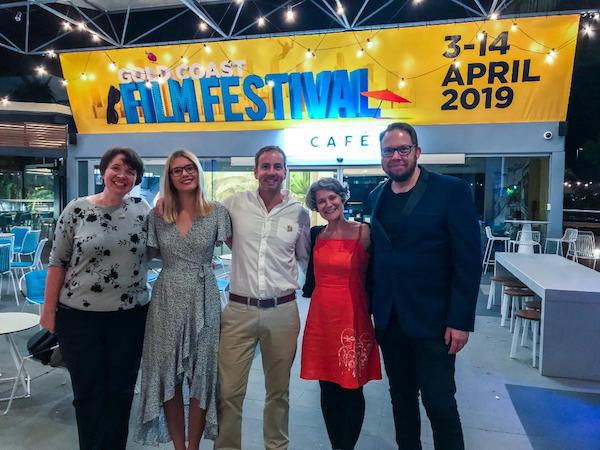 (The "Bluey" team with Stewart Tyrrell from ASE QLD at the Gold Coast Film Festival.) 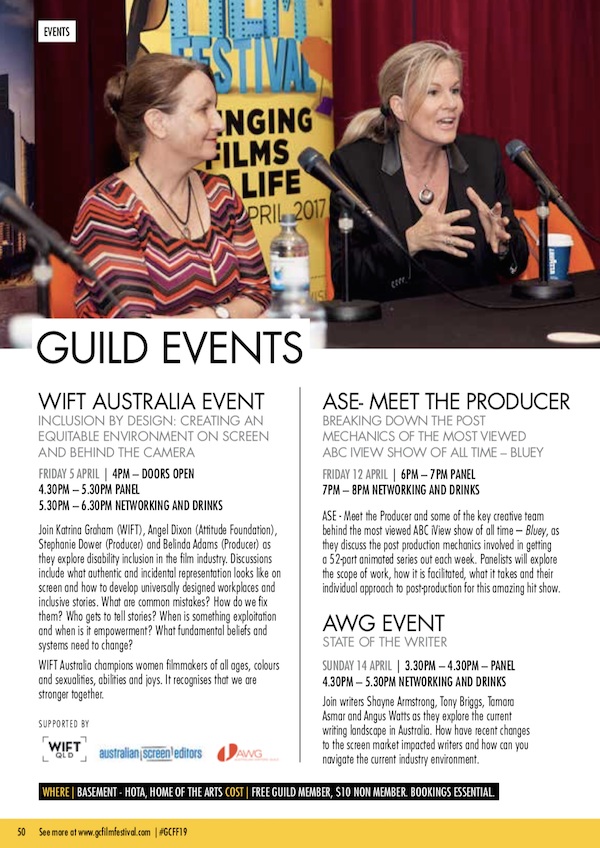