ART OF THE CUT – VIC 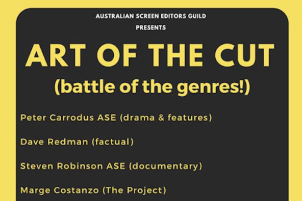 ART OF THE CUT - “BATTLE OF THE GENRES” 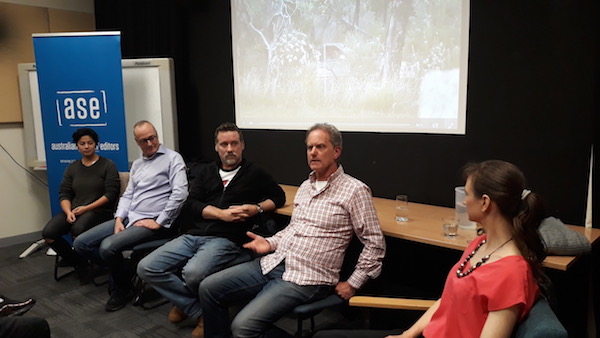 On June the 20th 2018 over 50 Editors from across the field crammed into The Producer’s Room at the Victorian College of the Arts to hear from four Editors’ experiences working across multiple genres.

Present on the panel were Peter Carrodus ASE focusing on his work cutting dramas and features, Dave Redman on cutting factual entertainment, Steven Robinson ASE on his work on documentary, and Marge Costanzo on her experience on "The Project". Chairing the panel was Camille Van Wessem. 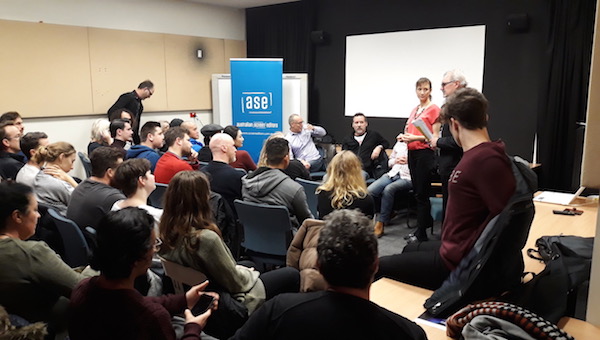 Peter started off showing a clip from "Glitch",  a fast-paced chase scene involving the death of a crucial character, cutting for suspense. Moving on to the logistics of the cut, Peter mentioned the tight schedule where data from the day is ingested overnight and set up by the Assistant, ready for the Editor to cut. During the edit, Peter needed to find time to review with the directors as well as prepare for the handover to production houses.

Also mentioned was the use of temp music, does it work or not work? "Glitch" was in its second series so scored tracks from series one were used as temp tracks, as well as music from other film scores.

Dave covered his work on a factual documentary about workers on a remote farm in the Kimberley.  This was an immense project that he spent seven months on.  The big challenge was creating a narrative from assorted reels of footage that may not have been shot in sequence.  His clip gave a behind-the-scene look at where audio and vision really came from.

One narrative issue was that a subject who had gone missing in the bush had only been mentioned once in context, so some “franken-grab editing” was required to patch in the critical line and build up suspense for the story. He also noted the challenge of “duty of care” in editing factual entertainment as you did not want to misrepresent or stitch up a character by including footage that unintentionally shows them in a bad light.

Steven talked about the challenges of cutting for documentary. His clip was from a documentary called "Heroes" that looked at the inaugural AFLW season. The clip focused on the many elements often used in the field of documentary editing - observational footage, archival, interviews, stills and found footage.

Marge gave us an insight into the fast-paced world of live panel TV.  With packages needing to be made before airtime, the pressure is on to beat the clock and sometimes unruly editing systems to get segments ready to air.

Outside of the main discussion Camille followed up with additional questions covering editing advice and styles.  One piece of advice Dave Redman gave was that you are a storyteller, and how he spends his time studying narrative in books or films to better identify elements of a shot that could come into play.

Continuity was also mentioned, with the Editors discussing that the golden rule of not crossing the line is slowly being phased out. All agreed that as long as the story is intact and nothing pulls you out of the moment with a glaring error, some slips can work. Notably, factual often has much more leeway, with people moving between locations, changing clothes between shots or even different times of day, but people still follow the story.

Another key rule mentioned was that good sound can help save a bad shot.

The issue of the changing role of Assistants was discussed, and it was noted how Assistants used to work alongside the Editor but are now delegated to roles that are separate and somewhat isolating. The idea of getting Editors to get out and meet and greet each other spun off from that discussion as well. 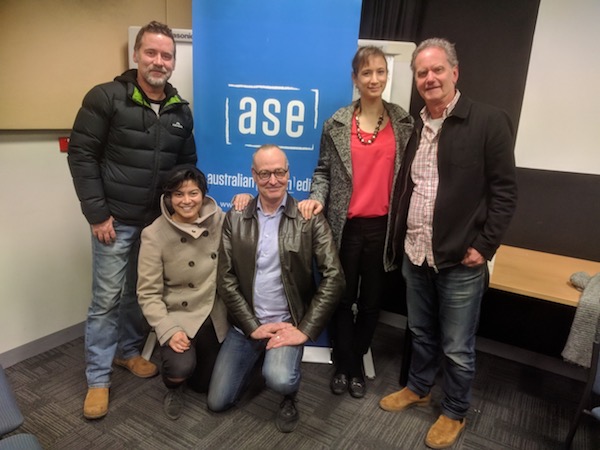 A big thanks to the four Editors who participated and Camille for her time to chair the discussion. Overall the feedback from the event was very positive, and many look forward to having another event later this year. 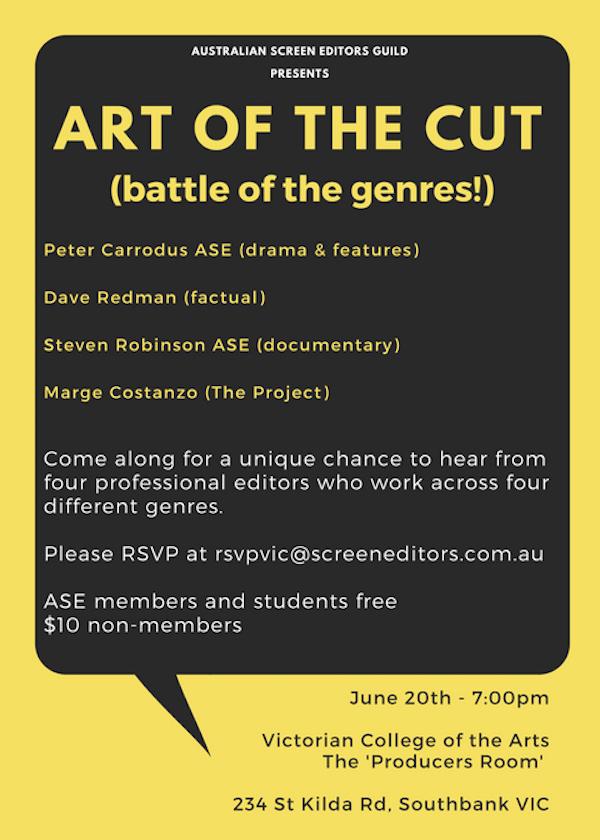