A CONVERSATION WITH THE MEAA 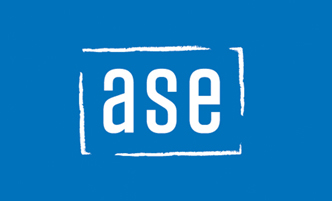 A conversation with the MEAA  about our Australian Screen Industry Union and its efforts to gain better wages and conditions for all crew.

Background: Guilds are groups of crafts-persons who come together to advocate for their craft, develop skills, set standards and mentor and advise those new to the craft.

Unions are made up of groups of workers who unite to improve and defend working conditions and promote policies that will benefit their members in a way individuals are not able to do.

Unlike guilds, unions are formally registered as employee organisations, giving them access to  legal processes that a guild is not allowed access.

ASE: What does the  Union do?

MEAA: A union is a essentially group of people who work together to improve something in their workplace or industry that they couldn’t as individuals. As a registered union, MEAA can do things like engaging in formal collective bargaining with employers, making applications on disputes in the Fair Work Commission, registering agreements to make them legally binding, and can tackle issues affecting members across the industry as well as providing services like journey and public liability insurance.

ASE: Please tell us a little bit about the MEAA, when it started, who it represents.

MEAA: The MEAA is the union for people working in the screen industry, as well as live theatres, venues and media.

The 'Screen Techs' union started when the film industry took off in the '70s and '80s. Back then membership was high, but it fell away in the '90s when the crew, journalists’ and actors’ unions amalgamated to form the MEAA, and the film crew’s voice got lost.

When we started rebuilding about five years ago, Screen Tech membership was very low - less than 10% on every production. Now, as crew get more involved in pushing for pay increases, it’s hitting majority membership on some shows.

ASE: More than 50% union membership on a production is very powerful. Film crews are obviously hurting from the 'low budget' scenario as much as film Editors are.

MEAA: In screen, we’ve traditionally had strongest membership among the on-set crew, but off-set crew membership is now getting stronger as well. We need to build membership in post-production so that you guys have got just as strong a voice as any other part of the production and your issues can be raised and taken seriously.

ASE: What is The Award?

MEAA: The Award is the Broadcasting and Recorded Entertainment Award (BREA) and it sets the minimum wages and conditions that you can legally be paid on a screen production in Australia.

ASE: Who sets the Award?

MEAA: The Award (BREA) is set by the Fair Work Commission after hearing arguments from unions and employers. However, its purpose is solely to set a legal minimum, so it’s not a good forum for negotiating.  The MPPA (the SPA-MEAA agreement) is not an award, although a lot of people in the industry call it that.  If someone refers to “The Award” it’s always best to clarify whether they mean BREA or MPPA.

ASE: Who creates the MPPA Agreement?

MEAA: The Motion Picture Production Agreement (the MPPA) is negotiated between MEAA on behalf of screen industry workers, and Screen Producers Australia (SPA) on behalf of producers, so it’s easier to adapt to changes in the industry.  It has better rates and conditions overall than the (BREA) Award.  It generally applies to TV drama and feature films.

ASE: How come both Awards are so low?

MEAA: The BREA is so low because it is literally the minimum wage.

The MPPA was historically a minimum rates agreement that was higher than the Award, and from that people also negotiated their real rate above, individually.

While both the BREA and the MPPA rates have been increased over the years, there was no way of passing those increases on to the real rates that individuals were negotiating.  We want to fix that with the Get Real on Rates campaign.

ASE: What is Get Real on Rates?

MEAA: Get Real on Rates is MEAA’s campaign to bring real rates into the MPPA, with annual pay increases, and register that agreement on each job, which means that it’s legally binding on the employer.

ASE: The ASE are very concerned about long-term career sustainability, given the current rates people are getting.

We are delighted to see your Get Real on Rates base rates are much more in line with ours.  But the vast majority of our Editors do not edit drama, they edit the various genres of factual and documentary.

MEAA: To win something like this takes union members standing together, and drama is where we have the strongest membership and people really want to work together to win. Although there are different challenges around the industry, what we are doing in drama can be adapted to create change in other areas.

ASE: Unlike many other film and TV departments, Editors are negotiating alone and are isolated from the crew  – it makes it harder to bring a show of force to the table! At our Rates & Conditions evening, it was made very clear that our Editors feel vulnerable when negotiating and are hesitant to push for higher rates.  Some Editors are also very concerned that should they even mention the word ‘union’ they won’t get the job.

MEAA: There’s no need to ‘out’ yourself as a union member if you don’t think it’s appropriate – although it gets a lot easier when it starts to feel like there are lots of other people joining.

It’s understandable that people feel vulnerable when they’re alone, and the truth is when you’re negotiating individually it can be very tough.

The purpose of unions is to find a way to bring people together so that they have more power and can change things – In this case to collectively get producers to agree a proper rate for all Editors.

ASE: The question remains though, why should we join the union when your current MPPA rates are so low?  Well below sustainable career level if you are living in any of the capital cities.

MEAA: Agreed – the minimum rates are not a living wage. If you want the rates to go up, you need to join the union and be part of the Get Real on Rates campaign.

ASE: How will you convince SPA to sign a new MPPA with Get Real on Rates rates?

MEAA: We have more meetings scheduled with SPA, and members will be coming to the table to explain the importance of this issue as well as how determined crew are to achieve change. We are hopeful that these negotiations will progress and resolve the issue. And as our membership continues to grow, we will be working with our crew members to deliver a strong message to producers that they need to take this issue seriously.  But we can only do that when they see that a majority of jobs have a majority of crew in the union.

ASE:  If they do, how do you ensure they will pay these better rates?

MEAA: The agreements will be registered to make them legally binding. Producers will need to understand that members will not tolerate breaches. We can also use time and wages inspections and the Fair Work Commission to investigate breaches and seek penalties if the right rates and conditions are not paid.

ASE: What are some of the other benefits to being a member?

MEAA: Obviously the biggest benefit is winning pay increases for Editors, and for them, hopefully winning more respect along the way.

But membership also includes journey insurance, which covers you to and from work, which is free with your membership, and our extremely affordable liability insurance, which covers you for things like public liability and professional indemnity at a low cost. And you get into lots of cinemas and theatres for concession rates when you show your card! There’s other stuff too, but those are the standouts.

ASE: The insurance part sounds good, especially as we are all being asked to work as Companies and/or Sole Trader Contractors these days.

MEAA: Yes, it’s so great to be able to use our numbers to provide members with cool services that really make a difference. And I forgot to mention that of course as a member you can access expert industrial support with things like non-payment or invoices or super, or contract help.

The ASE wishes to thank Kelly Wood for consulting on the ASE Rates and Conditions card, and for contributing to our What are You On? session in Sydney in April.