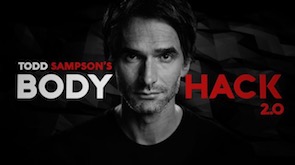 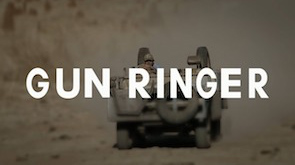 What is the process of editing factual entertainment tv like "Body Hack" and "Gun Ringer"?

The process of editing factual TV like "Body Hack" and "Gun Ringer" is the same but with one difference. "Body Hack" was season 2,  so it had an established format and ‘blueprint’ which I could follow to see where the finished product had to get to. "Gun Ringer", however, was an original idea and so we were making the show up as we went along.

The process for both shows was straightforward. The rushes come in and I watch and sort into days, scenes and moments. I then make markers and notes. Then I start working with the post producer.

In the case of "Gun Ringer", it was also the Series Producer, Ash Davies. The post schedule on "Gun Ringer" was very tight - five weeks for the three episodes, and Ash was crucial as he was on the shoot and had intimate knowledge of the footage and events. He could point me in the right direction. Ash has also dabbled in editing and so can put scenes together and flick them across to me more advanced than other post producers. Ash was also the post producer on "Body Hack" and so we had a good easy working relationship.

We then start to formulate an idea of the story and assemble scenes. We would then present story ideas and structure to the EP and workshop what was the best way forward. We then cut, cut, cut. - refining as we go until we get to lock off.

I'm guessing the budget of the two shows was considerably different. How did that affect the edit process?

I don’t think the budget really matters in the edit. It’s the same process,  no matter the budget. The only thing would be the amount of cameras on the shoot and therefore the amount of footage brought into the edit suite.

What kind of shooting ratio do you work with?

On "Gun Ringer", it was a massive amount of footage. They had  something like 13 GoPros shooting around the clock during the day, and then they had two camera units and a shooter/producer and so 16 cameras. So, shooting for five days, up to around eight hours a day, times by 16 cameras and it adds up. And considering the three episodes only go for 12 - 15 minutes, I’d say the shooting ratio was about 300:1? But that’s a guess. If there was an award for best syncing and grouping, it should have gone to the Assistants on "Gun Ringer". They did an amazing job. I don’t know how they did it but thankfully they did!

How much of the story is constructed in the edit?

The story is completely made in the edit. On "Gun Ringer", the EP, Ben Davies, and Series Producer, Ash, obviously had a plan going into the shoot but the nature of the shoot was that they were following action and couldn’t control what was happening.  We had four cars and a chopper with GoPros on the talent. The talent would fly off chasing a buffalo and so we could follow the action, and then camera crews would do on-the-fly interviews. It was only in the edit that we could see what had happened and construct the story. So the story was definitely made in post. It’s a collaborative process between the Editor, the Post Producer, the Series Producer and the EP, with contributions from the network.

Is there much invention of tension in the edit, or the shoot? Or did it happen 'naturally’?

If it is ’natural’ on set, it will come through in the edit, however, most tension is made in the edit.

How does editing factual entertainment like "Body Hack" and "Gun Ringer" compare to editing feature and TV drama?

Drama obviously has the story preplanned in the script whereas the story is not clear in factual. There is usually an idea from the shoot on what they want but the story is honed and crafted in the edit. Once the story in factual is agreed upon,  then the two formats become very similar in that you are shaping story, creating tension and pacing, adding music etc - all the usual elements of editing.

Do you prefer editing factual over scripted drama? Features over TV?

I’m fortunate to get the opportunity to work in both TV drama and TV docs/factual. They require slightly different ways of editing and I enjoy both equally. Cutting features is different again because you get more time in the edit and that can be both a blessing and a curse sometimes as you can over-edit a scene. I like the fast pace of TV drama editing and restriction of time as you makes you hone your decision-making.

Peter Crombie and Alison Myers
If you would like to write an article on editing or assisting, please email newsletter@screeneditors.com.au